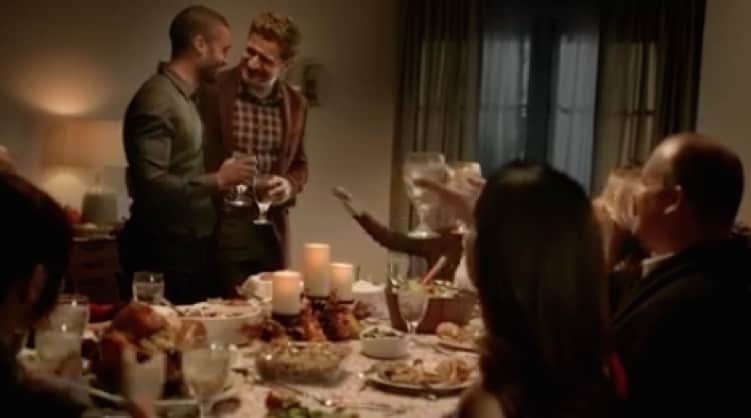 1)It’s the new holiday ad from Kohl’s that includes a gay couple that everyone is talking about. AJC Blogger Jennifer Brett believes that isn’t the most interesting thing about the viral ad.

2) At least a dozen gay men have been attacked over the past three months in Dallas’ “gayborhood.” Last night was the latest.

3) So far in 2015, 21 transgender people have been killed in violent attacks, according to the National Coalition of Anti-Violence Programs. We remember our fallen trans brothers and sisters today. Learn about their stories.

4) A drama teacher has posted the fantastic response he sent a parent who pulled her kids out of his class because he is gay. This is epic.

5) VIDEO: Let the Lip Sync Battle commence! Anthony Mackie is 2 Legit 2 Quit, but he might as well have several seats to Joseph Gordon Levitt’s Rhythm Nation.