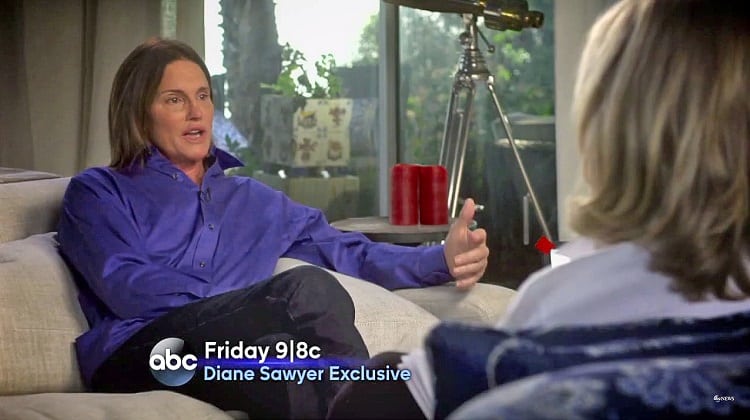 1. In a new poll, those surveyed say by a 51 percent to 35 percent margin that it’s no longer practical for the Supreme Court to ban same-sex marriages because so many states have legalized them. Close to half of respondents said they have a gay or lesbian family member or close friend who is married to someone of the same sex.

3. “A homosexual man is a man 100%. He does not need to dress homosexual. When homosexuality is exhibited to the extreme — to say, ‘Ah, you know I’m homosexual’ — that has nothing to do with me. A man has to be a man.” Designer Giorgio Armani in an interview with London’s Sunday Times.

4. Bruce Jenner tells Diane Sawyer that his family members “are the only ones I’m concerned with” in this clip from their upcoming two-hour special airing on ABC this Friday, April 24 at 9 p.m.