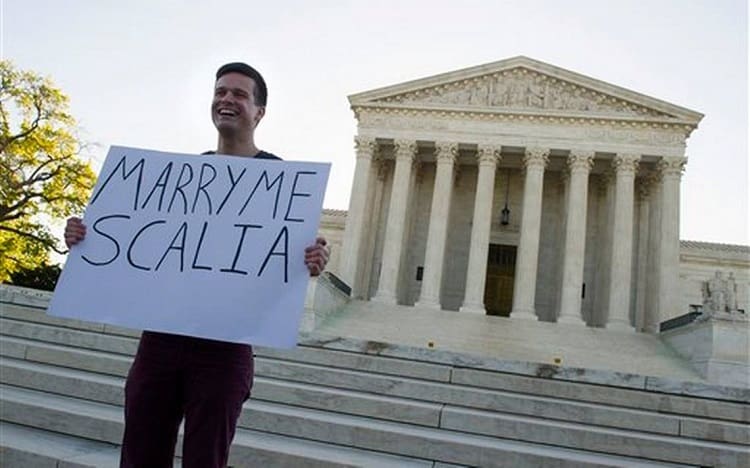 2. Here’s audio of the entire proceedings.

3. The Advocate has a great roundup of photos from outside the court.

4. “I just felt like this story had to get out. A [representative] had voted against a bill for the LGBT community and here he was talking to me on Grindr.” Stop me if you’ve heard this before. A 49-year-old North Dakota Republican legislator with an anti-LGBT voting record was outed by the 21-year-old man he sent naked pics to on Grindr.

5. VIDEO OF THE DAY: PFLAG Canada has a powerful video up called “Nobody’s Memories” that imagines the joys missed by same-sex couples who weren’t able to legally marry.