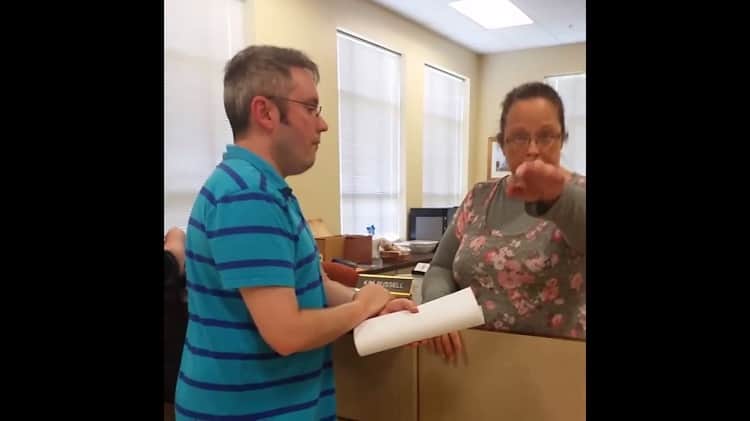 1. The Kentucky court clerk who refused to issue marriage licenses to same-sex couples lost a court battle on Wednesday, denying her request to stay a federal injunction that ordered her to issue the licenses.

3. Time Magazine on how to prepare for same-sex divorce.

4. “Well it’s the way it is. I wouldn’t speak to them at all about it other than they are who they are and I want them to be happy and will love them and cherish them…I’ve gone to gay weddings.” Here's how Donald Trump would explain his opposition to marriage equality to a gay kid.

5. VIDEO OF THE DAY: “I am normal. My kids are normal.” Watch this gay Australian politician's heartfelt speech after a documentary on same-sex families was banned from classrooms. (h/t Buzzfeed)