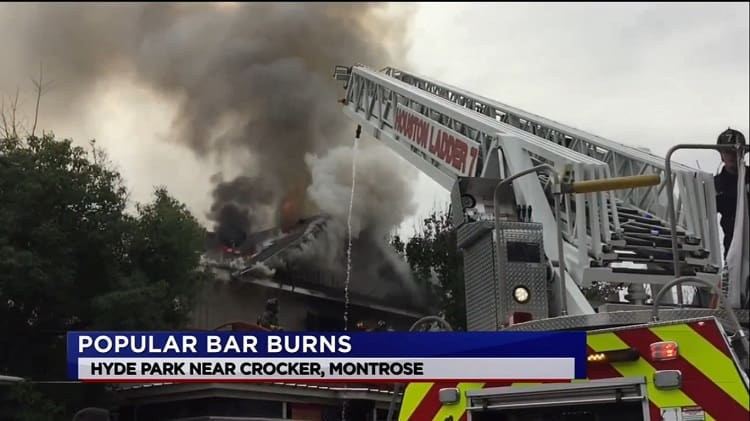 1. The Daily Beast goes inside the anti-LGBT church run by a billionaire pastor who loves him some Ted Cruz and Kim Davis.

2. Watch this gay London man stand up to a man who was allegedly harassing a drag queen on the subway on the way home from New Year’s celebrations.

3. “There was a flicker of lights and then all of a sudden I smelled the smoke, turned around to my friend, said ‘It smells likes something’s burning.’” Police are investigating the cause of a fire that gutted Houston gay bar The Eagle on Saturday.

4. “I think government should make a very final decision whether to purge us, whether to kill us all, eliminate us all.” A 26-year-old gay Malawi man who came out last week and demanded that his government either kill LGBT people or grant them full and equal rights has now reportedly gone into hiding.

5. VIDEO OF THE DAY: The Los Angeles LGBT Center put together this moving video featuring historical footage of the LGBT civil rights fight set to Linda Perry’s original demo of the song “Hands of Love” in order to stir up Oscar buzz for the song. Miley Cyrus sang the final version of the song featured in the lesbian drama “Freeheld,” starring Julianne Moore and Ellen Page.