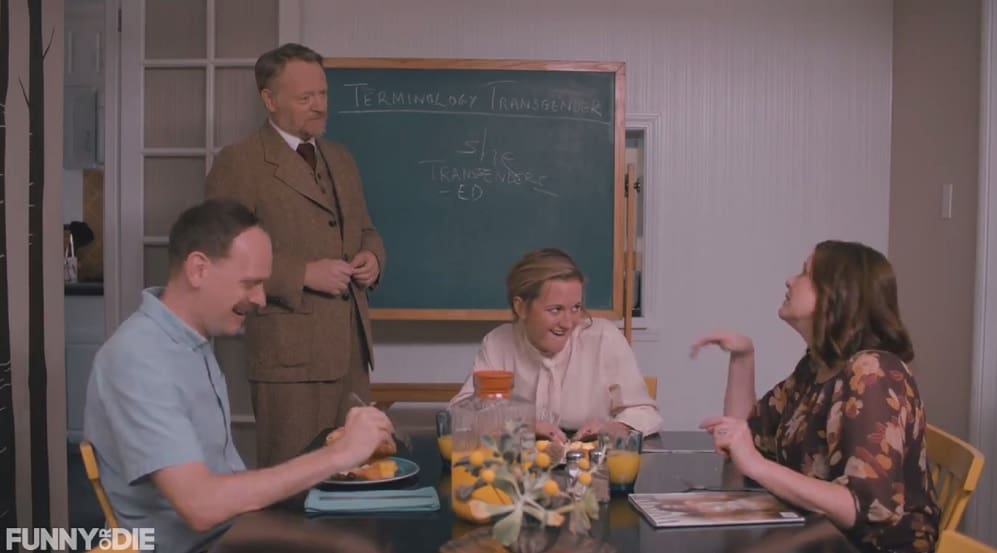 1. The Internet has turned on Gawker after the news and gossip site posted a story late Thursday night that outed a high-profile media executive who allegedly tried to procure the services of an adult film actor. The executive, who has a wife and three children, denies being in contact with the man.

3. A Christian evangelist and social media personality posted a video rant on Facebook in which he holds up a semiautomatic assault rifle and encourages his followers to fight for their “First Amendment right to refuse” recognition of marriage equality by using their Second Amendment right.

4. Raven-Symoné does not like labels, unless you call her an American “human who loves humans.”

5. VIDEO OF THE DAY: Funny Or Die with Jared Harris (“Mad Men”) on lessons in transgender lexicology.

Lessons In Lexicology: Caitlyn Jenner from Funny Or Die