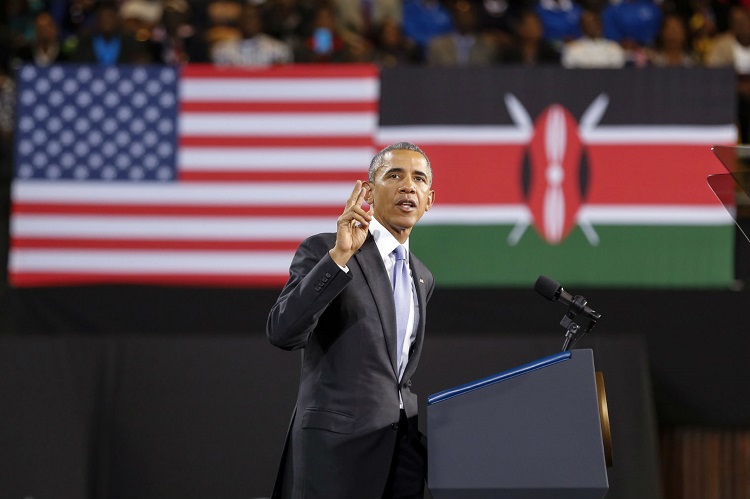 1. “It’s a show aimed at a cisgendered audience – but I empathized with Jenner.” Five trans writers give their verdicts on “I Am Cait,” Caitlyn Jenner's E! reality show that premiered Sunday night.

2. “As an African-American in the United States, I am painfully aware of the history of what happens when people are treated differently, under the law, and there were all sorts of rationalizations that were provided by the power structure for decades in the United States for segregation and Jim Crow and slavery, and they were wrong.” President Obama spoke out about LGBT rights during a press conference in Kenya with President Uhuru Kenyatta on Saturday. The country has numerous anti-LGBT laws and the president was warned before his trip not speak out on the issue.

3. The governing board of the Boy Scouts of America is expected to lift its ban on openly gay employees and adult leaders today, a few weeks after its smaller executive committee voted unanimously to do so and two years after lifting the ban on openly gay youth.

4. “Where did all the lesbians go? We’ve been here all along — even if our hallmark struggles and achievements have been white-washed, pink-washed, and dude-washed in the narrative of queer history. Even Stonewall, a crucial turning point in 1969 for the queer rights movement, is often misremembered — popular culture likes to forget the riots were incited by trans women of color like Marsha P. Johnson and Sylvia Rivera. Let’s start remedying that.” Buzzfeed starts Lesbian History Week.

5. VIDEO OF THE DAY: Everything you need to know about vogueing and ballroom in six minutes. (h/t Queerty)