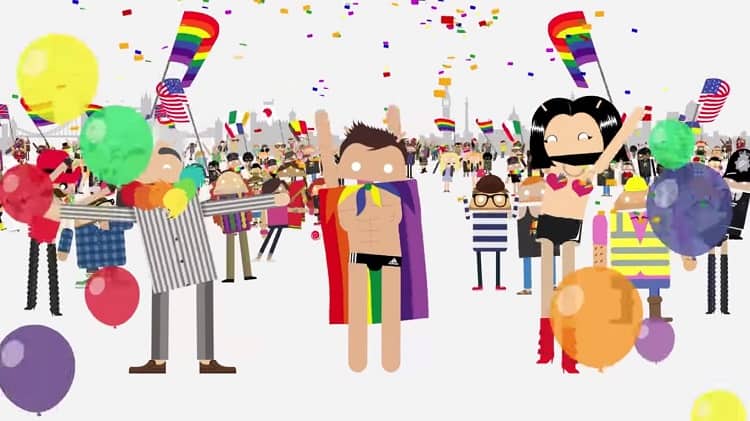 1. Gawker unearthed a licensing agreement between Sony Pictures and Marvel leaked through the Sony hack mandating that Spider-Man must be white and straight.

2. Officials are warning gay and bisexual men to get vaccinated for meningitis if they plan on being in Chicago for Pride this week.

3. “We’ll probably never know if Eleanor shared their sexual orientation or if she just admired independent women. Whatever the case, her refusal to let the morals of the day define her was a remarkable kind of heroism, almost like a one-woman gay-straight alliance.” Authors Marc Peyser and Timothy Dwyer on why Eleanor Roosevelt should be considered a gay icon.

4. Yahoo! has a documentary out on “Advise and Consent,” the blockbuster 1959 novel and film that haunted a generation of gay politicians.

5. VIDEO OF THE DAY: Android celebrates Pride with these animated avatars of gay celebrities.