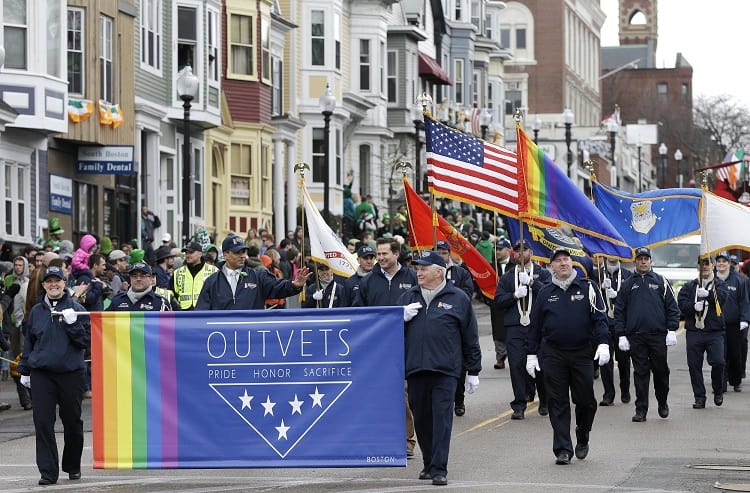 1. “The only family is the traditional one. No chemical offsprings and rented uterus: life has a natural flow, there are things that should not be changed.” Gay fashion designers Dolce and Gabbana are under fire for their comments on same-sex families.

2. Gay and lesbian groups marched in Boston’s St. Patrick’s Day Parade on Sunday for the first time ever.

3. A married same-sex couple has dropped plans to leave their estate to their alma mater University of Alabama, citing the state’s continued opposition to marriage equality. The estate is worth between $15 and $18 million.

5. VIDEO OF THE DAY: “Well, I tell you, our reality as gay, lesbian, bisexual, transgender people beat the prejudice.  I mean, the central mechanism is that we stopped hiding. And it turns out we weren’t what the stereotype was.  But clearly, there was a point when the notion that I could get married to Jim while I was still in Congress would’ve been the most bizarre possibility.” Openly gay former U.S. Congressman Barney Frank appeared on NBC’s “Meet The Press” on Sunday.