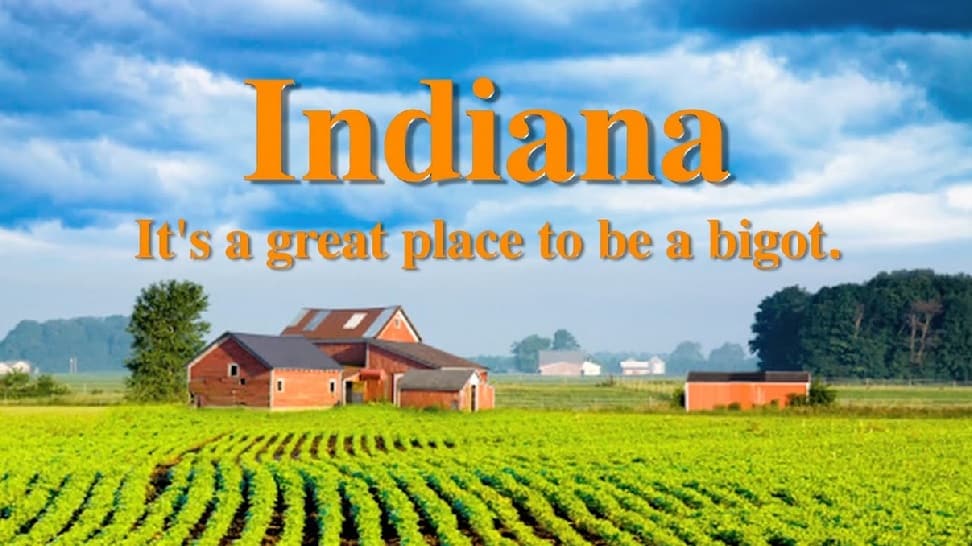 1. “It’s a simple yes or no question.” “This Week” host George Stephanopoulos grilled Indiana Governor Mike Pence over his state's “religious freedom” law, but Pence dodged questions on whether the law would allow a florist to deny services to gay people and if it should be legal to discriminate against gays or lesbians. Pence also stated that he will not be changing the bill, despite earlier statements to the contrary.

2. “Status: Approved by Secretary of State of Indiana – 'Congratulations your registration has been approved!' Now we begin to accomplish our goals of Love, Understanding, and Good Health.” Oops. Indiana's new law opened up the door for the establishment of the First Church of Cannabis in the state.

3. Indiana's top two Republicans announced in a Monday morning press conference that they will push for an update to the law.

4. In other news, Adam Lambert is rumored to be dating—oh forget it, back to Indiana! Openly gay Apple CEO Tim Cook wrote an editorial in the Washington Post speaking out against “religious freedom” laws like Indiana's and similar bills being proposed in other states (ah-hem) saying that they “rationalize injustice.”

5. VIDEO OF THE DAY: “The Indiana Board of Terrible People” has a message for you about their state: “It's a great place to be a bigot!”