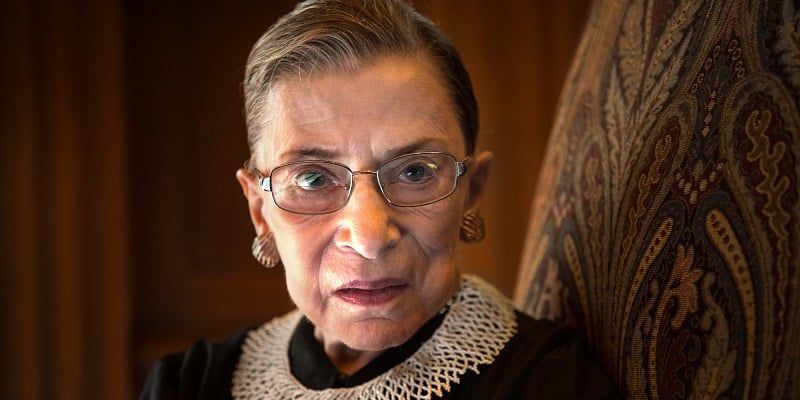 1. “It’s at the core of the Catholic faith, and to imagine how we are going to succeed in our country unless we have committed family life, a committed child-centered family system, is hard to imagine. So, irrespective of the Supreme Court ruling — because they are going to decide whatever they decide, I don’t know what they are going to do — we need to be stalwart supporters of traditional marriage.” GOP presidential hopeful Jeb Bush on the Christian Broadcasting Network. The former Florida governor also said he doesn’t believe that same-sex marriage is a constitutional right.

2. Well this is a head-scratcher. A new study from the American Journal of Public Health shows that gay and bisexual teens are more than twice as likely to get pregnant than their straight peers.

3. Senator Kirsten Gillibrand (D-NY) is introducing a bill that would prevent anti-LGBT discrimination in the adoption process nationwide.

4. The Notorious RBG married off a gay couple on Sunday, pronouncing the two men married “by the powers vested in her by the Constitution of the United States.”

5. VIDEO OF THE DAY: Watch this hilarious video showing a mother (and minister) reenacting her 22-year-old son’s coming out to her.