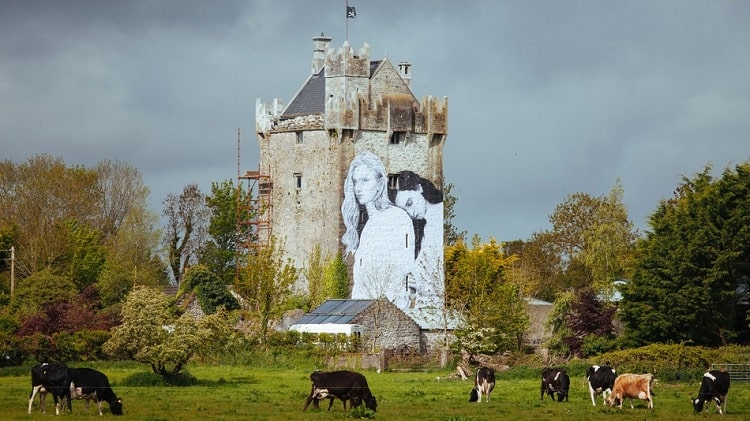 1. Queerty broke the story of an anti-LGBT pastor in Michigan whose exchange of pics and messages on Grindr have surfaced. Rev. Matthew Makela, who has compared being gay to being an alcoholic and called transgender people “sickos” who prey on children, is a married father of five. He has reportedly resigned from his position.

2. “One student said that it made them uncomfortable, saying, ‘Well, I’ve never seen two men marry each other.’ I said: ‘Well, it’s normal to feel uncomfortable when you feel something new, but what is the moral? The moral is to treat people well, no matter who they are.'”A gay North Carolina third-grade teacher is getting praise and criticism for reading a children’s fable featuring a same-sex romance following one of his male students getting bullied by being called gay and a woman.

3. A Texas college has banned gay athletes from dating or supporting marriage equality.

4. An artist painted a four-story tall mural on the side of a 15th century castle in Ireland showing two women embracing in advance of the country’s vote on marriage equality this Friday, May 22.

5. VIDEO OF THE DAY: Check out the all the people who came out Monday night to protest a speech by anti-LGBT 2016 presidential hopeful Mike Huckabee at an Iowa high school.