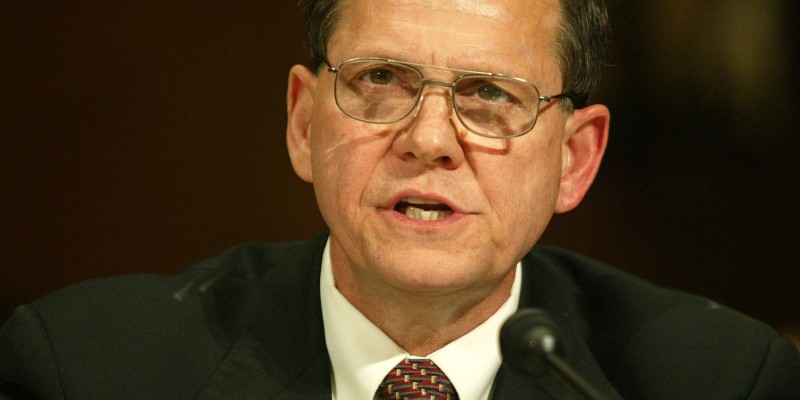 1. A Pakistani Muslim lesbian anonymously details the decades of abuse she’s endured because of her sexual orientation in The Manchester Evening News. Pakistani LGBTs are subject to criminal penalties for same-gender sexual acts, though the writer, using the pseudonym Zayna, said such laws are rarely enforced. Zayna also said many Muslims misunderstand Islam’s teachings regarding homosexuality.

2. Alabama GOP Senate candidate Roy Moore thinks the judge who issued an injunction against Trump’s proposed transgender military ban should be impeached. In a statement issued following yesterday’s ruling, Moore said U.S. District Judge Colleen Kollar-Kotelly’s decision was “absolutely ridiculous and is a perfect example of the outlandish doctrine of judicial supremacy whereby judges exalt themselves over the Constitution they are sworn to uphold.”

3. Bisexual Americans may be the most affected segment of the LGB community when it comes to budget cuts to healthcare made last week by House and Senate Republicans. According to The Huffington Post, bisexual people are statistically lower income, less likely to have health insurance and more likely to have a disability than gay men, lesbians and heterosexuals.

4. Kevin Spacey’s troubles continue to mount following allegations that he sexually harassed actor Anthony Rapp as a teenager. A little-known Mexican actor named Roberto Cavazos, who appeared in productions at London’s Old Vic Theater while Spacey served as artistic director from 2004-2015, says Spacey made unwanted passes at him while under the influence. A bartender has also accused the actor of exposing himself. Cavazos said yet others are likely to come forward.

5. VIDEO OF THE DAY: EW.com offers this first look at Greg Berlanti’s upcoming gay teen romance “Love, Simon,” out in theaters in March 2018.