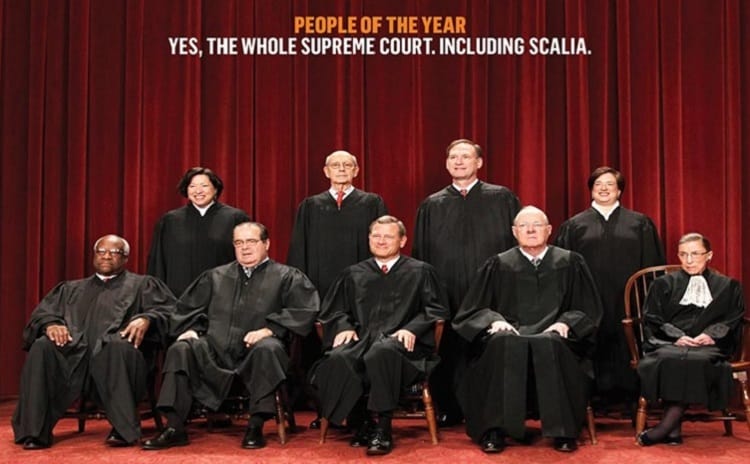 1. “Even though the majority of women identify as straight, our research clearly demonstrates that when it comes to what turns them on, they are either bisexual or gay, but never straight.” I’m anxiously awaiting for the male counterpart to this study.

2. The Advocate named the U.S. Supreme Court (yes, the entire court, even Scalia) as their People of the Year.

3. A brewery in the U.K. has launched what they call “the world’s first transgender beer” two months after being accused of transphobia by airing an advertisement that featured two founders of the brewery dressed up as trans sex workers.

4. France has one-upped us, ending their blood donation ban on gay and bisexual men and instead focusing on a judgment of individual risk. The U.S. continues to discriminate against gay and bisexual men by requiring them to be abstinent for a year in order to donate blood.