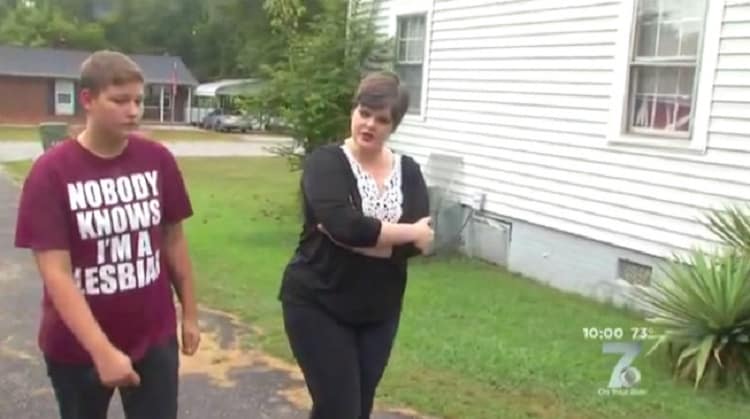 1. A gay high school student in South Carolina was suspended from school for wearing a “Nobody knows I'm a lesbian” t-shirt.

2. The New Yorker with a piece on Michael Nava, the gay mystery novelist who chronicles the aftermath of AIDS.

3. When the Pope visits the White House, this 23-year-old gay Catholic man will be there to welcome him.

4. "So we might call — and this is to be worked out — but something like, if you’re talking about gay marriage you call it ‘garriage.’ If it’s lesbian, you call it ‘larriage.' If you want a generic homosexual marriage, it’s 'harriage.'" The director of the Family Research Council's Marriage and Religion Research Institute is using his words.

5. VIDEO OF THE DAY: Out YouTube star and actor Troye Sivan is also a singer, and the video for his new single “Wild” features a gay kiss.