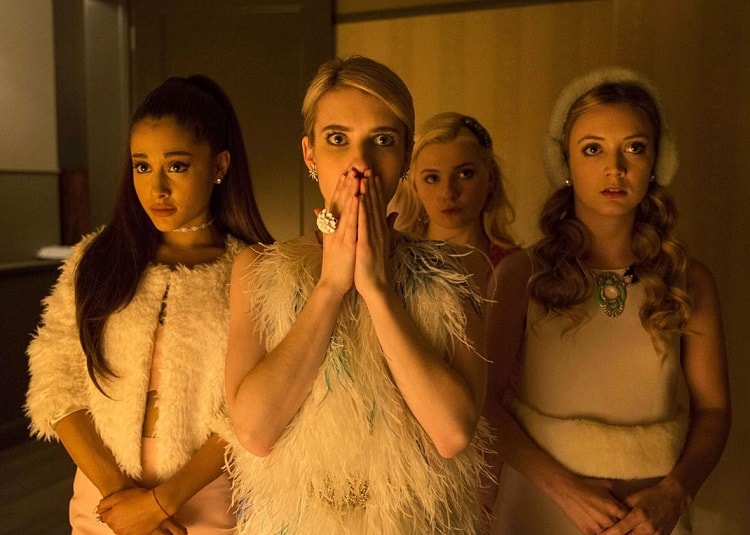 1. Last night was the series premiere of Ryan Murphy's “Scream Queens,” and yes, it was completely insane and ultra-gay. Towleroad has a recap.

2. The Washington Post got an early look at a survey that they say “provides a fascinating look at how a rising generation of gay men feels about gay history, the role of the Internet and some of the biggest internal challenges facing gay communities.”

3. The Daily Beast goes on a search for Kim Davis's gay friends.

4. “Well, you had better get on this, Jeni Duvall. Every moment you spend on Facebook, another gay man becomes ultra fabulous!” This guy trolled anti-LGBT bigots upset with the new rainbow Doritos by creating a fake Doritos help page.

5. VIDEO OF THE DAY: Check out the official U.S. trailer for “The Girl King,” about a cross-dressing queen of Sweden who became the world's most famous lesbian monarch.