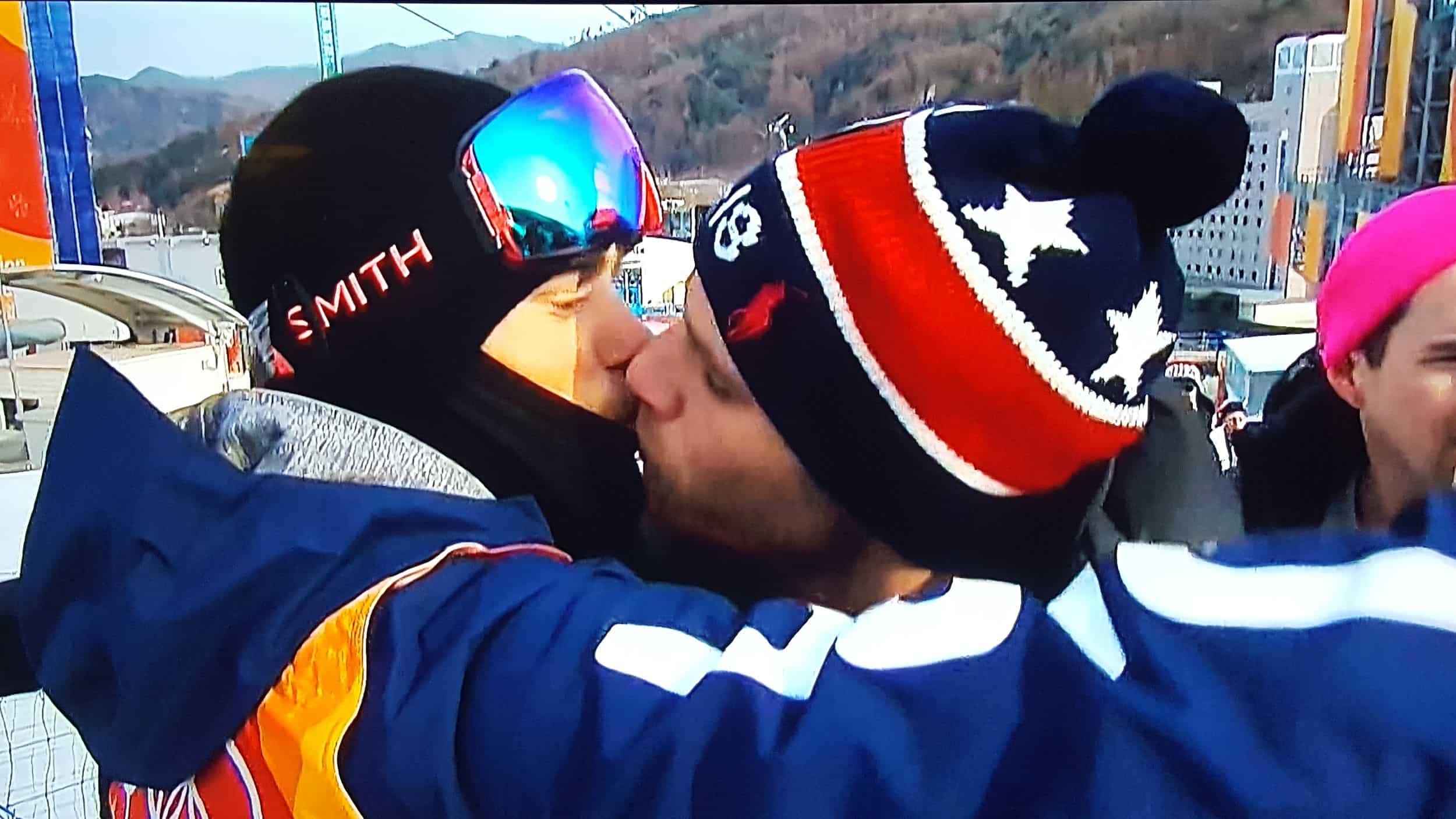 1. Openly gay U.S. figure skater Adam Rippon, the team bronze medalist who has become one of the best-known athletes at the 2018 Winter Olympics in Pyeongchang, turned down an offer from NBC to become a correspondent for the remainder of the Olympics. “I am so flattered that NBC wanted me to work as a correspondent, but if I took this opportunity, I would have to leave the Olympic team and I would have to leave the (Olympic) Village,” he said in an initial interview with NBCSN (via USA Today). “It’s so important to me, you know, I worked so hard to be on this Olympic team, and my teammates and my friends were there for me during my events, and that meant so much to me, that I really feel like I need to be there for them during their events.”

2. In other out Olympian news, gay skier Gus Kenworthy didn’t win a medal after a 12th-place finish, but he did win the hearts of many the world over after NBC showed him on live TV kissing his boyfriend, Matt Wilkas, before competing in slopestyle skiing Saturday. The cameras also panned to Gus’s cheering section of family and friends displaying rainbow flags. “To be able to do that, to give [my boyfriend] a kiss, to have that affection broadcast to the world, is incredible,” Kenworthy said. “The only way to really change perceptions, to break down barriers, break down homophobia, is through representation. That’s definitely not something I had as a kid. I never saw a gay athlete kissing their boyfriend at the Olympics. I think if I had, it would’ve made it easier for me.”

3. A bill just introduced by six Republican South Carolina House legislators would define any marriage in the state that is not between a man and a woman as a “parody marriage.” The bill, if passed, would enable the state to not legally recognize same-sex marriage. “We’re not trying to impersonate anyone here. We are trying to be the equal of everyone here. It’s written with hate. I can’t imagine there are state officials that put this in writing,” Jeff March, president of SC Pride, told The State newspaper. “Pure prejudice is what that is. Pure outright prejudice.”

4. British newcomer Chance Perdomo has been cast as Ambrose Spellman, the pansexual warlock cousin of the title character in the upcoming Netflix reboot of “Sabrina the Teenage Witch.”

5. VIDEO OF THE DAY: Human Rights Campaign was in Orlando for the annual Time to Thrive conference and paid tribute to Pulse shooting victims, bringing the crowd to tears in the wake of last week’s mass shooting in Parkland, Florida.