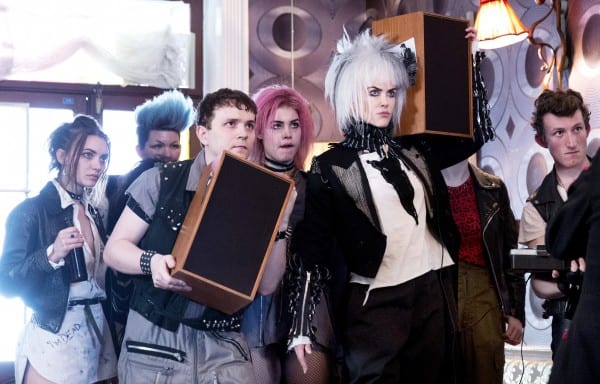 1. Thinking of deactivating your Facebook account over the Cambridge Analytica data breach that gathered profile information to aid the Trump campaign? The Guardian got the inside scoop from whistle blower Christopher Wylie, the self-described gay Canadian vegan who said he created “Steve Bannon’s psychological warfare mindfuck tool.”

2. Twenty-three-year-old Austin, Texas, bombing suspect Mark Anthony Conditt, who killed himself yesterday by detonating a bomb in his car during a police chase, kept a blog in 2012 espousing racist, sexist, homophobic views. In one entry on the blog, called “Defining My Stance,” Conditt wrote that homosexuality is “not natural,” and, “I do not believe it is proper to pass laws stating that homosexuals have ‘rights.’”

3. Between September and October 2017, the U.S. Department of Health and Human Services under Donald Trump removed a web page dedicated to lesbian and bisexual health that contained links to LGBTQ topics from WomensHealth.gov, according to two new reports issued by the Sunlight Foundation’s Web Integrity Project. HHS’s Women’s Health Twitter account, @womenshealth, with almost 1 million followers, has not posted about LGBT health issues since November 11, 2016.

4. Police in Montrose, Texas, have confirmed at least one fatality after an angry driver plowed through a crowd gathered in the parking lot outside the LGBTQ club Judy’s Hamburger early this morning. Five other innocent bystanders were injured. Houston Police arrested the suspect, who also suffered injuries, on the scene.

5. VIDEO OF THE DAY: Out director John Cameron Mitchell (“Hedwig and the Angry Inch”/”Shortbus”) explores the queer side of punk rock in the May release “How to Talk to Girls at Parties,” based on a Neil Gaiman sci-fi story and starring Elle Fanning, Matt Lucas and Nicole Kidman.