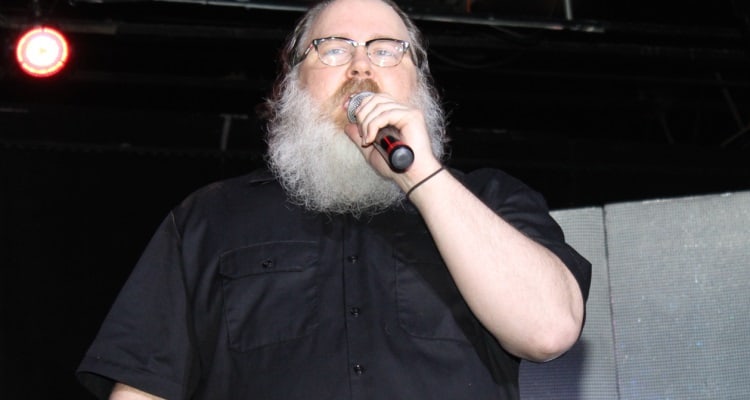 Regina Simms rocks in the New Year at Friends on Ponce, www.friendsonponce-atl.com

The Atlanta Hideaway has a busy night: the Hot Mic Comedy and Karaoke event with Ian Aber kicks off at 9:30 p.m. and then Jack Daddi’s karaoke takes over at 10:30 p.m., atlantahideaway.com

Dual DJs—DJ Liz Owen upstairs and DJ Rapko on the main level—ring in the New Year at My Sister’s Room, www.mysistersroom.com

Heretic Atlanta and Ready4Hope present the Genesis White Party. The New Year’s Eve countdown will be done by Angelica D’Paige and the night’s DJ will be Phil B. Casual white attire is requested, with doors opening at 9 p.m., www.hereticatlanta.com

The Masquerade Ball at Lips Atlanta is hosted by the immortal Charlie Brown and includes dancing, drag and a three-course dinner, www.lipsatl.com

Celebrate 2016 at Blake’s with the annual cash balloon drop at midnight, www.blakesontheparkatlanta.com

Atlanta musician Michelle Malone, coming off a terrific, award-winning 2015, will celebrate the New Year with two shows at Eddie’s Attic, with part of the proceeds going to nokidhungry.org. Opening the 7 p.m. show will be Macy Todd, and supporting Malone on the 10 p.m. show will be Sonia Tetlow, www.eddiesattic.com

The “Dancing With The Stars: Live! ‘Dance All Night Tour'” features dancers and stars from the popular ABC reality series in a 90 minute live show, 8 p.m., Cobb Energy Centre, www.cobbenergycentre.com

Come to Mary’s Atlanta for #DayDrunk with music playing from 2–8 p.m. and drink specials, www.marysatlanta.com

Bring some good cheer and a dish to the Lesbian 50+ Potluck & Social. Doors open at 6 p.m. and the event begins at 6:30 and lasts until 8 p.m., Phillip Rush Center, www.rushcenteratl.org

A high-energy show that makes you wanna dance and party the night away, Synergy! stars the biggest names in Atlanta drag, including Monica Van Pelt and Shawnna Brooks, 11 p.m., Burkhart’s, www.burkharts.com

Make a joyful noise with the Sisters of Sequin at Gospel Brunch, with performers Bubba D. Licious and Justice Counce, 12:30 p.m. followed by a 1:30 p.m. show, Lips Atlanta, www.lipsatl.com

Sing along to your favorite gospel songs from the past and the present today at Mixx Atlanta, 4–7 p.m., www.mixxatlanta.com

Some of Atlanta’s best table tennis players come together to play, to meet new people and form community at Sister Louisa’s Church of the Living Room and Ping Pong Emporium, 9 p.m., www.sisterlouisaschurch.com

It’s lesbian-owned and it’s one of the best new restaurants in town–enjoy a meal at Twisted Soul tonight, www.twistedsoulkitchenandbar.com

Tom Hardy plays the murderous Kray brothers, one of whom is gay, in the new “Legend,” at area theaters

Wednesdays are Caribbean Nights at Las Margaritas with $5 Mojitos and martinis, lasmargaritasmidtown.com

From the creators of “South Park” comes the Tony-winning, gay-themed musical, “The Book of Mormon, ” which returns to the ATL for a two-week run through January 24, with a 7:30 p.m. show tonight, Fox Theatre, www.foxtheatre.org