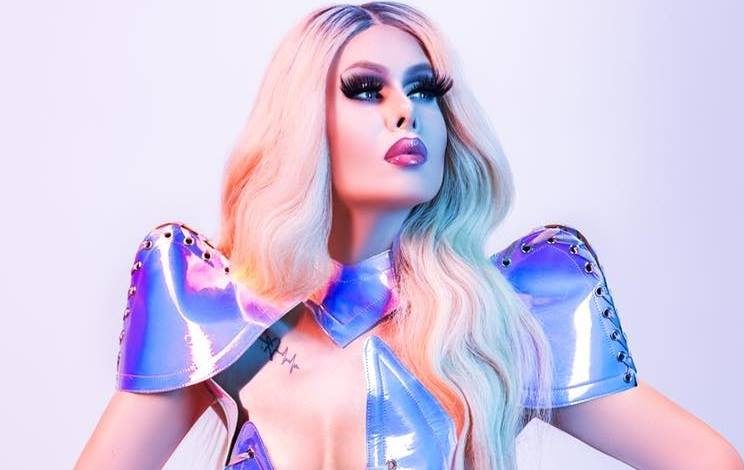 Best Bets: Our Guide to the Best LGBTQ Events in Atlanta for January 18-31

The G8Yties – ’80s Dance Party features tunes from Prince, Madonna, Culture Club, Queen, Cyndi Lauper and more. Organizers will have 12” extended versions of all your favorite original ’80s dance songs. Come join the party and dance the night away as DJ Mike Pope spins the greatest ’80s hits including “Girls Just Wanna Have Fun,” “ Like a Prayer,” “We Got the Beat,” “Let’s Go Crazy,” “ Karma Chameleon,” “I Wanna Dance with Somebody” and more!

Nonsense is having a slumber party and you’re invited. In the winter, it’s tough to get out of your comfy jammies and go out dancing. So don’t – wear your fave pajamas, sleep mask and slippers. The event will feature music from DJ Kimber – including Robyn, Janelle Monae, Ariana, Kesha, Sia and more – plus pillow fights, games, some hairbrush lip syncing, a giant crowd-surfing teddy bear, and other surprises. The first 200 people will get friendship bracelets.

The Auburn Avenue Research Library, in collaboration with the Hammonds House Museum, will host curator Shantrelle P. Lewis in a conversation on her work in the photographic exhibit “Dandy Lion: (Re) Articulating Black Masculine Identity.” “Dandy Lion” seeks to distinguish the contemporary expressions of the Black Dandy phenomenon in popular culture. The first comprehensive exhibition of its kind, this project highlights young men in city-landscapes who defy stereotypical and monolithic understandings of Black masculinity by remixing Victorian-era fashion with traditional African sartorial sensibilities.

Join Charis in celebrating Atlanta author Breanna J. McDaniel’s first book, “Hands Up,” a triumphant picture book which recasts a charged phrase as part of a black girl’s everyday life – hands up for a hug, hands up in class, hands up for a high five – before culminating in a moment of resistance at a protest march. This is a Charis Circle Strong Families, Whole Children Program. The suggested donation is $5 but no one will be turned away for lack of funds.

In 40 years, the Armorettes have raised over $2.3 million for HIV/AIDS support services. Members have also performed at events all across the city. Join tonight to celebrate the 100+ men who have donned a wig and lashes for the cause.

Thabigdogs presents Winter Heat 12 Annual Day Party celebrating 12 years in business at Bulldogs Bar. It’s going down on MLK Weekend with hundreds of men from across the city packed into one place for great music, strong drinks and great fellowship. DJ Sir Daniel will take you on a musical journey with Hip Hop, R&B, House and more!

This circuit party will be one for the books! World renowned DJ and producer, Paulo, will bring his Tribal Bitch beats back to the ATL for a night of high-intensity dancing that’ll leave you craving more. Opening set by DJ Eric James.

Stay up dancing until the sun rises above the Atlanta skyline at Xion After Hours with DJ Jesus Montanez spinning beats for all the late night feels. Located in the basement of BJ Roosters, you’ll experience some of the best lighting and audio Atlanta has to offer.

The PFLAG support group for parents and families of LGBTQ children meets today.

Make Woofs your home to watch the AFC and NFC championship games today, determining who the Super Bowl participants will be.

What better way to start the year than by volunteering with Young Democrats of Atlanta and Hands on Atlanta on MLK Day! Volunteers will be in charge of accommodating bookstore visitors by providing them with directions, coupons, and more. To volunteer, head over to the YDATL “Day of Service” Facebook event page and workers will reach out to you for further instructions.

Grab your pup gear and hit the bar for Atlanta Eagle’s first Mutt Monday’s event! Gear isn’t required but encouraged! There will be a padded mosh area so pups can enjoy play time. Handlers and Alphas will be on scene to keep the pups under control!

The Southern Unity Movement is proud to present the 18th annual Rustin Lorde Breakfast. The theme for the 2019 Breakfast is “What Now: Where Will You Be?” This message is a direct reference to the classic Pat Parker poem “Where Will You Be?” as a call-to-action for those working for social change. Admission to this event is free and donations are always welcomed.

Salsa! Merengue! Bachata! Enjoy Latino Tuesdays at Blake’s on the Park. Celebrate the beautiful men of Latin descent and other men who love them!

Thad Stevens is the host for Wednesday Liquid Courage Karaoke, with all sorts of food and drink specials.

Shawn Colvin won her first Grammy Award for Best Contemporary Folk Album with her debut album,” Steady On,” in 1989, and has been a mainstay of the contemporary folk music scene ever since. She performs tonight!

The groundbreaking Obie-winning Off-Broadway smash “Hedwig and the Angry Inch” tells the story of “internationally ignored song stylist” Hedwig Schmidt, a fourth-wall smashing East German rock ‘n’ roll goddess who also happens to be the victim of a botched sex-change operation, which has left her with just “an angry inch.” This outrageous and unexpectedly hilarious story is performed by Hedwig (Née Hansel Schmidt) in the form of a rock gig/stand-up comedy routine backed by the hard-rocking band “The Angry Inch,” using songs and monologues. The show is directed by Grant McGowen and stars Chad Darnell.

Bearracuda is back for its first party of 2019 tonight – the ATL Winter Beef Ball, now in its fourth year, in collaboration with GROWLr. Join DJ Ryan Jones for a night of dancing, beefy guys and fun.

Join in behind the velvet rope for a night of glamour, debauchery, and disco dancing at the Atlanta Disco Society, presented by Nonsense ATL. Anything goes on the light-up dance floor, and everyone who’s anyone will be there. Saddle up your white horse, find your most fashionable jumpsuit, and prepare for a night to remember.

Do you remember the old variety shows like “The Carol Burnett Show,” “The Muppet Show” or “The Sonny & Cher Comedy Hour?” Did you/do you always dream of being in the audience and being a part of the show? Atlanta’s all LGBTQIA+-identifying comedy group, Queeriety, has just the show for you. Come see The Queeriety Variety Show on the last Saturday of every month. Each show will be jam-packed with improvisation, live sketch comedy, stand-up comedy, puppetry, and drag performances.

Are you an HIV clinician in Georgia? Join this happy hour event and learn how to advocate at the Gold Dome on issues that matter to your patients! On the docket tonight: HIV criminalization reform. Co-hosted by AbsoluteCARE and Georgia Equality.

Charis welcomes APS educator Shani Robinson and Atlanta journalist Anna Simonton to discuss “None of the Above,” their insider’s account of the infamous Atlanta Public Schools cheating scandal that scapegoated black employees rooted in the education reform movement. In March of 2013, 35 educators in the Atlanta Public School were charged with racketeering and conspiracy for allegedly changing students’ answers on standardized tests. All but one was black. The youngest of the accused, Shani Robinson, had taught for only three years and was a new mother when she was convicted. She and Simonton look back on the incident and what led up to it.

Relax and have a drink at Service Industry Night

The 19th annual edition of the Atlanta Jewish Film Festival kicks off with the Atlanta premiere of the Israeli dramedy “Shoelaces.” The festival runs through Feb. 26 at various venues and includes some LGBT fare. Tonight’s screening starts at 7:30pm.

Join the Auburn Avenue Research Library and The Counter Narrative Project for a celebration of the life and legacy of poet, community organizer, and cultural worker Tony Daniels tonight. The collection of personal papers includes Daniels’ works, encompassing personal journals, as well as the records of ADODI Muse. This event will mark the opening of the collection for research. Papers from the Tony Daniels archive will also be on display. RSVP here: goo.gl/kMUcJC.

People living with HIV live, work and thrive in every legislative district across our state, but many state lawmakers are unaware of the issues that affect the community. AIDS Watch Georgia 2019 will provide a free training on how to educate state legislators at the Capitol on HIV policy. Following the training, the training goes into action. Attendees will have an opportunity to talk one-on-one with their representative in the House and Senate and educate elected officials on issues like HIV criminalization, HIV education, HIV prevention/care funding, healthcare access, LGBTQ rights, racial justice and reproductive justice. Training and a light breakfast are provided to all attendees.

Join MAAP the second Friday of each month for its Mix, Mingle and Network session. This is your chance to leave the work week behind and connect with other like-minded professionals over drinks, laughter and conversation.

Location To Be Determined