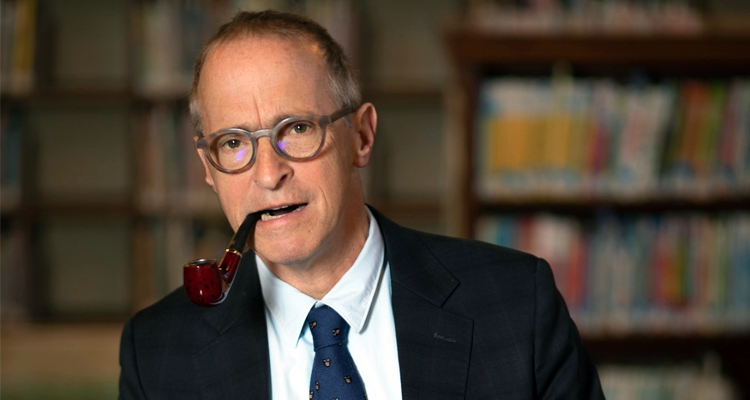 Created in 1996 and held on the second Friday in April — April 8 this year — Day of Silence is a campaign that seeks to shed light on what many LGBTQ youth experience daily. Initially intended to focus on this problem within the school system, it has since expanded into workplaces, university campuses, and sporting events. Atlanta Pride is participating with its staff going silent, https://www.atlantapride.org/events/?id=1942597

The Atlanta Gay Men’s Chorus’ Rubyversary show will include some of the favorite songs the AGMC has performed over the last 40 years. In addition to past favorites, the concert will be premiering several new pieces, including one by legendary Broadway composer Stephen Schwartz. The event features a performance by Broadway superstar Jessica Vosk and WSB TV’s Jorge Estevez as the Master of Ceremonies. 3 and 7:30pm, City Springs Byers Theatre

WABE presents an evening with David Sedaris, author of the previous bestsellers “Calypso,” “Naked,” “Me Talk Pretty One Day,” “Dress Your Family in Corduroy and Denim,” and regular National Public Radio contributor. For one night only, Sedaris will be offering a selection of all-new readings, following the release of his newest book, “A Carnival of Snackery,” as well as a Q&A session and book signing. 7:30pm, Fox Theatre

Join PALS Atlanta for Drag Queen Bingo – Braves Night. Hostesses Bubba D. Licious and Erica Lee and special guest performers will be feeling festive as they call bingo and celebrate the world champion baseball team. 7:30 – 9:30pm, Lips Atlanta. Tickets are only available online and can be purchased at https://www.palsatlanta.org/events/p-a-l-s-drag-queen-bingo-2022-04-12/

At the G8YTIES 80’s Dance Party, DJ Mike Pope is back spinning all your favorite ’80s dance hits including “Girls Just Want to Have Fun,” “Like a Prayer,” “I Wanna Dance with Somebody” and more. Come ready to dance!  $10 cover all night long. 10pm – 3am,

The PFLAG support group for parents and families of LGBTQ children meets in person today from 2:30 – 4pm, Spiritual Living Center

It’s Easter Sunday and Brigitte Bidet, along with Frankie, will be throwing a tea dance, complete with fun and games. The Hideaway goes outside for Sunday Funday, so get your bonnets ready for the biggest Easter Bonnet contest in Midtown. Hunt Easter eggs filled with over $500 in prizes. DJ Rob Reum will be spinning the mixes outside and then going inside for a Sunday Night KiKi. 3pm, The Hideaway

Trans and Friends is a youth-focused group for trans people, people questioning their own gender and aspiring allies, providing a facilitated space to discuss gender, relevant resources and activism around social issues. 6:30 – 8pm, Charis Books and More

Hairy men of all kinds – and their followers – will be out in force for Atlanta Bear Pride. Events will take place at Woofs Atlanta, The Heretic, Future Atlanta, and Wish Lounge.

A complete schedule can be found at http://atlantabearpride.com/

The LGBTQ+ Book Club is a group for LGBTQ+ folks and allies to read queer-themed books and books by queer authors. This month’s book is “The Black Tides of Heaven” by Neon Yang. Join by Zoom at: https://us02web.zoom.us/meeting/register/tZYpdemtqDstGtfDk6d2D8QHmONfOdQrdHE, 10 – 11:30am.

It’s been three long years, but the Atlanta Bucks Rugby Football Club announces the return of the Purple Dress Run. In celebration and recognition of this occasion, this year’s theme will be “We Need a Revival.” Let the purple frock you don be your Sunday’s best, or at least the best at getting the pastor’s attention. Included with the purchase of a $40 ticket is a drink or two at each location, along with a couple of stops along the way featuring caffeinated communion and something to feed the body at the end of the crawl. The day will start at The Hideaway and wrap up at 12:30pm. Midtown Moon

Brendan Maclean, Australia’s “king of pop in the making” (Guardian UK) and queer icon, is headlining an all LGBTQ+ lineup of entertainment. Buy tickets at nonsenseatl.com.

To coincide with International Lesbian Visibility Day, Atlanta Pride and Out On Film are presenting a virtual screening of the award-winning documentary “Invisible: Gay Women in Southern Music” with a screening at 7pm and a live Q&A after with the director T.J. Parsell and subjects from the film moderated by Melissa Carter, https://watch.eventive.org/2021ooff/play/623d145cb3b0e8003dc389dd

Get your chuckle on at Femme Friday with Kia Comedy. 6pm, My Sister’s Room

Atlanta Women’s Chorus’ Finding Home concert captures the many concepts of what home is to individuals. There are many songs that speak of and to the concept of home, whether that is the place you grew up, where you live now, the people that mean the most to you, your hometown, your chosen family, heavenly home, or your country. 2 and 7pm, Grace United Methodist Church