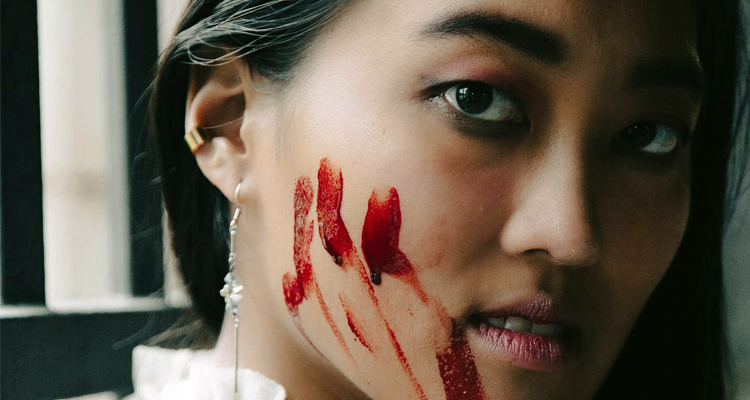 Make sure to dress in your best rainbow outfit and watch Atlanta-themed teams battle it out at the Roller Derby Pride July Double Feature. This month, you’ll get to see each and every Atlanta skater as all levels of skaters hit the track. First, you’ll see the Bloody Mary’s up against the Amsterdamned Café at 5pm and then Frenemies on Ponce vs My Sister’s Doom at 7pm. Tickets are $18 for one bout or $30 for the doubleheader, and $25 per bout for VIP seating. As always, children aged four and younger get in for free. Get more details and purchase tickets at atlantarollerderby.com/schedule/. Yaarab Shrine Temple, 400 Ponce De Leon Ave

“Lizzie Borden took an axe and gave her mother forty whacks. When she saw what she had done, she gave her father forty-one.” Or did she? This blistering rock musical “Lizzie” upends what we think we know about the notorious crime that has captured our collective imagination since that bloody night in 1892. Was Lizzie Borden a cold-blooded killer or a victim of the Victorian patriarchy? 8pm, through July 24 at Actor’s Express

In the comedic romp “Always a Bridesmaid,” four friends have sworn to keep the promise they made on the night of their senior prom: to be in each other’s weddings … no matter what. More than 30 years later, these Southern friends for life are still making “the long walk” for each other, determined to honor that vow. 3pm through July 24, Onstage Atlanta

OUT Georgia Business Alliance is proud to hold the Power of Connection: 2022 LGBTQ+ Business Summit & Expo, hosted by the Atlanta Braves. The two-day experience will be held virtually on July 13 and in-person at Truist Park on July 14. This year’s theme Power of Connection explores meaningful and measurable impact for those LGBTQ+ businesses, organizations, communities, and Georgia residents who stand to benefit most from intentional support, resources, visibility, and action.

The PFLAG support group for parents and families of LGBTQ children meets in person. 2:30pm to 4pm, Spiritual Living Center

The LGBTQ+ Book Club is a group for LGBTQ+ folks and allies to read queer-themed books and books by queer authors. The goal is to have diverse thought-provoking discussions about queer identity, history, and topical issues. This month’s book is “Zami: A New Spelling of My Name: A Biomythography” by Audre Lorde. Register in advance for this meeting at https://us02web.zoom.us/meeting/register/tZEkcO2rpzojGdANXXiqdPgA0TsjdZcs_rYe

In “DRAG 101,” Delighted Tobehere of “America’s Got Talent” will leave nothing to the imagination as she reveals all of drag’s best kept secrets. She’ll pull from her over 19 years of experience to give you a behind the scenes look at the world of drag. Personal stories, gossip, pro tips, how to’s, audience participation, side splitting comedy, and live singing entertainment are part of the fun. 8pm, Out Front Theatre Company