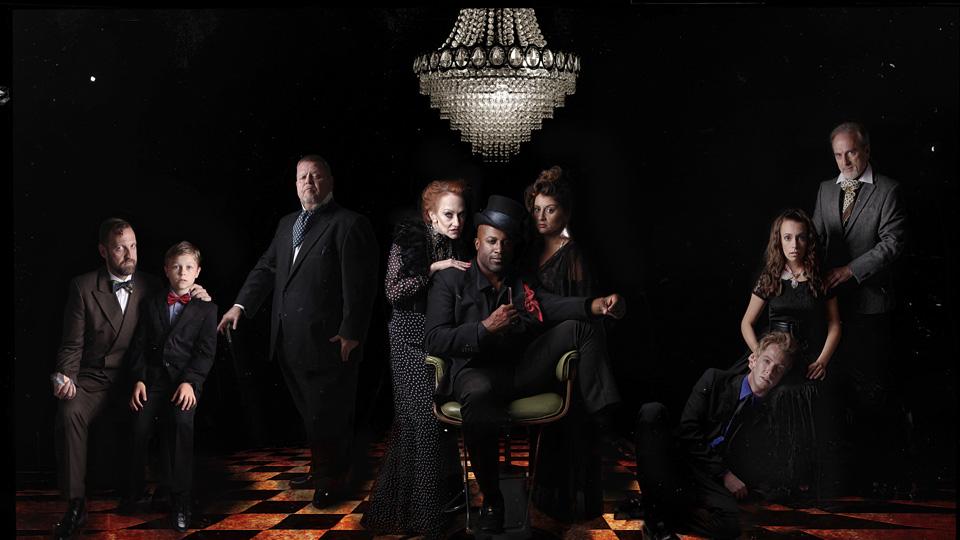 SCAD FASH, the Savannah College of Art and Design’s museum celebrating fashion and film, presents “Be Yourself; Everyone Else Is Already Taken”—the first U.S. exhibition featuring the work of artist, stylist and designer Daniel Lismore—today through April 1, www.scadfash.org

From the creators of “South Park” comes the Tony-winning, gay-themed musical, “The Book of Mormon,” which has returned to the ATL through January 24 with a 7:30 p.m. show tonight, Fox Theatre, www.foxtheatre.org

Written by out Atlanta playwright Margaret Edson, the acclaimed drama “Wit” is being staged by Aurora Theatre, with a 2:30 p.m. performance today and running through February 7, www.auroratheatre.com

The International Human Trafficking Institute and the LGBT Institute, both programs of the National Center for Civil and Human Rights, Inc., present a night of panelists discussing the intersection of human trafficking and the LGBT community. Some estimates have put the number of LGBT youth forced into homelessness by their families at over 25 percent. On the streets these young people face a significant chance of becoming victims of human trafficking. Once trafficked, they could face beatings, mutilations, brandings, rapes, and other abuses. 7 p.m., National Center for Civil and Human Rights, www.civilandhumanrights.org

It’s the biggest film festival in the city—the Atlanta Jewish Film Festival kicks off tonight at 7:30 p.m. at the Cobb Energy Centre, running through February 17, www.ajff.org

Game Night at The Hideaway with trivia and drink specials cranks up at 8:30 p.m., www.atlantahideaway.com

Join Charis Books for another installment of “Dear Games,” an ongoing discussion and workshop series curated in partnership with Different Games and the Georgia Tech Feminist Video Game Lab’s Sarah Schoemann and Michael Vogel. This month we welcome Shira Chess, Assistant Professor of Mass Media Arts in the Grady College of Journalism and Mass Communication at the University of Georgia. 7:30–9 p.m., www.charisbooksandmore.com

Brent Star is the host for Twisted Thursdays at Las Margaritas, lasmargaritasmidtown.com

Join Charis for a birthday party to celebrate the release of Charis Circle Board Co-Chair Chesya Burke’s first novel, “The Strange Crimes of Little Africa,” a historical mystery that follows Jaz Idawell on the vibrant, culturally fertile streets of art and literature in the 1920s Harlem Renaissance. Best friends with Zora Neale Hurston, the two women set out to find the truth about their wonderful world of Little Africa in Harlem. 7:30–9 p.m., www.charisbooksandmore.com

Come get your VIP card at BJ Roosters while supplies last. VIP card holders get free entry to the club on cover charge nights (Friday and Saturday). Stay for a drink or two, a bite to eat, and some hot eye candy on the bar. 9 p.m., BJ Roosters, 2043 Cheshire Bridge Road, Atlanta, GA 30324

The Atlanta Rollergirls kick off their 12th home season with two doubleheader games that will mark the debut of a record number of new rookies as well as some high-profile transfers from other leagues. The evening opens at 5 p.m. with the Sake Tuyas taking on the Denim Demons, and then at 7:30 the Apocalypstix take on the Toxic Shocks, Yaarab Shrine Center, 400 Ponce De Leon Avenue NE, Atlanta, GA 30308

Enjoy brunch at Amsterdam with a full menu, www.amsterdamatlanta.com

Trans and Friends is a youth-focused group for trans people, people questioning their own gender, and aspiring allies. Charis Books offers a facilitated space to discuss gender, relevant resources, and activism around social issues. 7- 8:30 p.m., www.charisbooksandmore.com

Make your lunch break a networking opportunity and connect with business professionals, small business owners, job seekers and community supporters to expand your circle of influence and grow your business at Connecting Atlanta, a networking lunch by the Metro Atlanta Association of Professionals (MAAP). Join MAAP at Egg Harbor Café the first Tuesday of every month from 11:45 a.m. to 1 p.m. for the event, which is limited to 20 participants. Please preregister by emailing Todd Cosper at tcosper@maapatl.org

Art It Out Therapy Center is now offering an Expressive Art Therapy Group for LGBTQ teens on Tuesdays. Through art, the group will explore self-identity, coping with stress, intimate and parental relationships, and coming out. 7 p.m., 255 Village Parkway (in Paper Mill Village), Suite 580, Marietta, GA 30067

Broadway Across America brings the crowd favorite “Beauty and the Beast” to the Fox Theatre tonight through February 7, with a 7:30 p.m. curtain this evening, www.foxtheatre.org

Sean Dorsey Dance presents the dance piece, “The Missing Generation,” featuring interviews with those affected by the AIDS epidemic in the 1980s and 1990s, 8 p.m., running through Sunday, February 7, 7 Stages, www.7stages.org

Bring a great dish and plenty to talk about to the Lesbian 50+ Potluck and Social, 6–8 p.m., Rush Center Annex, www.rushcenteratl.org

Join Atlanta Pride and Touching Up Our Roots for the second annual Our Founding Valentines to recognize Atlanta’s LGBTQ trailblazers. Recognized will be Mona Bennett, Charlie Brown, Dee Dee Chamblee, Judy Colbs, Jesse Peel, Duncan Teague and Ray Kluka (posthumously). The event is free and open to the public. Hors d’oeuvres will be served and there will be a cash bar for ages 21 and over. 6:30–8:30 p.m., Bantam + Biddy, 3393 Peachtree Rd, Atlanta, GA 30326