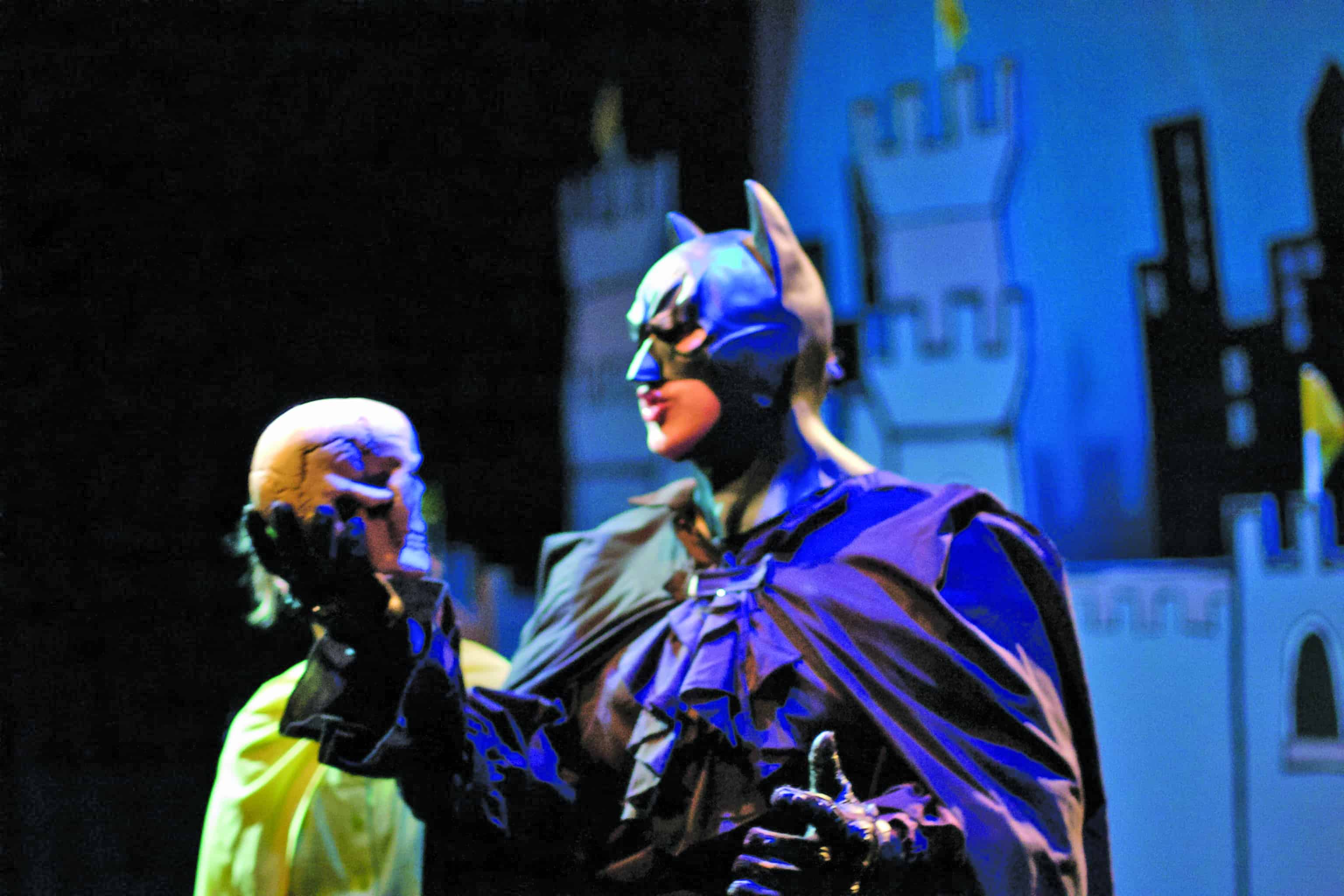 Written by out actor/director/playwright Colman Domingo, the play “Dot,” directed by Kenny Leon at his True Colors Theatre Company, is a comedy about aging parents and midlife crises in a Philadelphia neighborhood.
7:30pm tonight, running through August 12.
Southwest Arts Center

Sunday, August 5
Join Ruby Redd and crew and flashback to the 1980s for Cowtippers Heifer Review. This heifer-sized show will include all the dancing divas and campy queens that have become famous.
1–4pm
Cowtippers Steaks & Spirits

Monday, August 6
Trans and Friends is a youth-focused group for trans people, people questioning their own gender, and aspiring allies, providing a facilitated space to discuss gender, relevant resources, and activism around social issues.
7–8:30pm
Charis Books and More

Tuesday, August 7
Following up on last year’s success, Bar Wars is back. Bar Wars is a friendly mixology competition between local bars/restaurants to see who will raise the most a) online and b) through their tip jar, at the Bar Wars event. All proceeds benefit the AIDS Walk Atlanta & 5K Run.
6–9pm
Cowtippers Steaks & Spirits

Wednesday, August 8
At the 5th Something Old, Something New Bridal Show, you’ll find exactly what you need to make your wedding absolutely perfect. This is your chance to meet industry professionals from all around Atlanta, and find your perfect photographer, caterer, wedding planner, and more. Visit their beautiful building, enjoy complimentary food and drinks provided by their wonderful team of caterers, and walk away with a Something Old, Something New tote bag packed with wedding planning essentials. Admission is free and complimentary valet parking will be provided.
5–8pm
The Historic Academy of Medicine

Join the Atlanta Pride Committee at the Bi Visibility Night. This event is a space for bisexual and pansexual folks to socialize and get to know one another. Have any questions? Feel free to email Kimble@AtlantaPride.org.
6–9pm
TEN Atlanta

Friday, August 10
Join the Metro Association of Professionals (MAAP) the second Friday of each month for the It’s Friday – Mix, Mingle and Network session. This is a chance to leave work week behind and connect with other like-minded professionals over drinks, laughter, and good conversation. Open networking begins at 6pm. First time guests have complimentary entrance.
TEN Atlanta

Out of Box Theatre opens the play “Bat-Hamlet.” What if Shakespeare had conceived the melancholy Dane as a costumed crime fighter? Bat-Hamlet tells the tale of a Dark Knight that emerges from betwixt the pages of Shakespeare to exact revenge on his murderous uncle, King Jester. Once resolved to avenge beloved King Police Commissioner Gordrick’s death, Hamlet dons the persona of Bat-Hamlet, a flashier and much cooler version of his brooding youth.
8pm
Running through August 25
Out of Box Theatre

Every Friday at midnight, it’s time to slip on those fishnets and makeup for the greatest live troupe in the city, Lips Down On Dixie, Inc., for a righteous party in front of the big screen for “The Rocky Horror Picture Show.”
Midnight
Plaza Atlanta

Saturday, August 11
The High Museum of Art has opened the major touring exhibition “Outliers and American Vanguard Art.” The show brings together more than 250 diverse works by more than 80 trained and untrained artists, and includes sections and featured works by artists including Greer Lankton, Zoe Leonard, Forrest Bess, and Henry Darger that examine sexuality and gender. Together, the works on view offer an unprecedented overview of the profound impact of American self-taught artists on the evolution of modern and contemporary art over the past 100 years. They also reveal how these artists galvanized the mainstream art world to embrace difference and diversity across race, region, class, age, and gender.
12–5pm
Running through September 30

Sunday, August 12
Serenbe Playhouse and out director Brian Clowdus present the musical “Titanic” and will actually sink a ship each night.
8pm
Running through August 19

Another acclaimed film based on a book, “We the Animals” — starring Raul Castillo from “Looking” — also opens today.
Midtown Art Cinema

WUSSY returns to The Heretic for a poptastic sugar sweet taste of Juicy Fruits featuring The Vixen from season 10 of “RuPaul’s Drag Race.” Wear your most colorful and bold neon pops of color for the dance floor and photo booth. The event is hosted by Taejah Thomas with shows by Dotte Comm, Orchid, Royal Tee, Taejah Thomas, Taylor Alxndr, Ellisorous Rex, Evah Destruction, and The Vixen.
10pm–3am
Heretic Atlanta

Saturday, August 18
Join Charis in welcoming local author M. Jackson to kick off the new series of local author spotlights. Jackson is the author of the “Speechless” series, an omnibus of poetry featuring the already published “Speechless: #UneasyThoughts” and “Speechless: #NostalgicBliss” and two more upcoming books. Besides reading, Jackson will meet and greet patrons.
2–3pm
Charis Books and More

TEN Atlanta will once again transform from a crowded dance club into a cozy NYC Cabaret for Wednesday Nights, tonight with Boys Night “OUT” on Broadway, a one-hour musical and comedy revue written by Broadway veteran performer Robert Ray.
7pm and 9pm

The 3rd and 4th place play-off teams — the Rays and the Shocks — square off today at 5pm as part of an Atlanta Rollergirls double-header, with the 1st and 2nd place teams (the Stix and the Demons) playing against each other for the league championship.
7:30pm
Yaarab Shrine Center

Thursday, August 23
Do you want to read books by amazing black, female writers? Do you want to discuss works from a black feminist perspective in a feminist bookstore? Then the Black Feminist Book Club is for you. This month’s book is “Welcome to Lagos,” by Chibundu Onuzo.
7–9 pm
Charis Books and More

Sing along to “Summer Nights” and “Greased Lightning” at the “Grease Sing-A-Long,” in honor of the 40th anniversary of the film.
7:30 pm
Fox Theatre