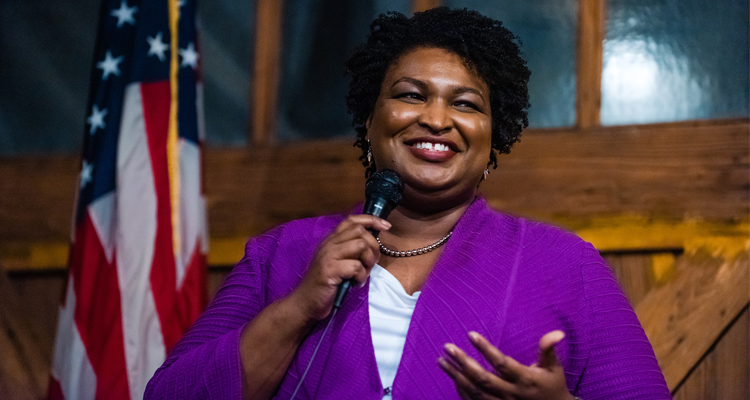 The Best LGBTQ Events Happening in May

“Love is love” — but is navigating it any less complicated today? What does it mean to be in a committed relationship? Is monogamy just monotony? Told through interweaving glimpses into the life of an everyday couple unexpectedly confronted by a vicious crime, “Homos, or Everyone in America” is a fearless, funny, heart-on-its-sleeve examination of the moments that can bring two people together — or pull them apart. 8pm, running through May 21, Out Front Theatre Company

Adam Lambert returns for a ATL gig. 7:30pm, The Eastern

It’s 2015, seventeen years after Sordid Lives and Peggy’s unfortunate death, after tripping over G.W.’s wooden legs, and life has now moved on for the residents of Winters, Texas. Based on the 2017 hit film of the same name, The Process Theatre and Onstage Atlanta’s “A Very Sordid Wedding” explores the questions, bigotry and the fallout of what happens when gay marriage comes to communities and families that are not quite ready to accept it. 8pm, running through May 29, Onstage Atlanta

It’s the May membership meeting of Atlanta Prime Timers, with games and a potluck. 3 – 5pm, Peachtree Baptist

Get your credit card, fancy duds and selfie sticks out as the HRC Atlanta dinner and auction returns tonight. Stacey Abrams will be the featured speaker. This is the first local dinner since the pandemic. Tickets start at $250. 5:30pm, Hyatt Regency Atlanta

Enjoy the company of other Liza fans in this casual screening of the iconic film “Cabaret” (1972), directed by Bob Fosse. Starring Liza Minnelli, Michael York and Joel Grey, this screen adaptation of the musical won eight Academy Awards and is the most awarded film in Oscars history not to win Best Picture. Out Front Theater hosts this first in a series “Come As You Are” events prior to The Atlanta Opera’s June residency and performances at Pullman Yards, including a brand-new production of “Cabaret.” Come as you are or join in costume. Presented by The Atlanta Opera, Out Front Theatre, & Out on Film in partnership with Atlanta Pride. 7pm, Out Front Theatre Company

Join the fun as part of Throwback Thursdays. 8pm, My Sister’s Room

The LGBTQ-themed “Bootycandy” opens tonight at Actor’s Express. Join Sutter as he propels through a kaleidoscopic odyssey through his childhood home, church, dive bars, seedy motels, and one riotously funny phone conversation about very inappropriate baby names. One of the most acclaimed satirical comedies in decades, “Bootycandy” is an audacious series of subversive vignettes that explore what it means to grow up gay and black in America. 8pm, through June 12

Trans and Friends is a youth-focused group for trans people, people questioning their own gender and aspiring allies, providing a facilitated space to discuss gender, relevant resources and activism around social issues. 7 – 8pm for youth and8 – 9pm for adults, Charis Books and More

May 17 is the National Day Against Homophobia, Transphobia and Biphobia, and in light of Out Front Theatre’s presentation of “Homos, Or Everyone in America” and in anticipation of The Atlanta Opera’s production of “As One” in June, the two organizations are teaming up to host a conversation on transgender, bisexual and gay representation in the arts called Community Conversation: Intersectionality, Queerness & Art. 7pm, Out Front Theatre Company

Enjoy great music such as “You’ve Got a Friend” and “I Feel the Earth Move” at “Beautiful:The Carole King Musical,” running tonight through May 22. 8pm, Fox Theatre

The LGBTQ+ Book Club is a group for LGBTQ+ folks and allies to read queer-themed books and books by queer authors. The aim is to have diverse thought-provoking discussions about queer identity, history, and topical issues. All are welcome to join. This month’s book is “They Both Die at the End” by Adam Silvera. 10 – 11:30am.