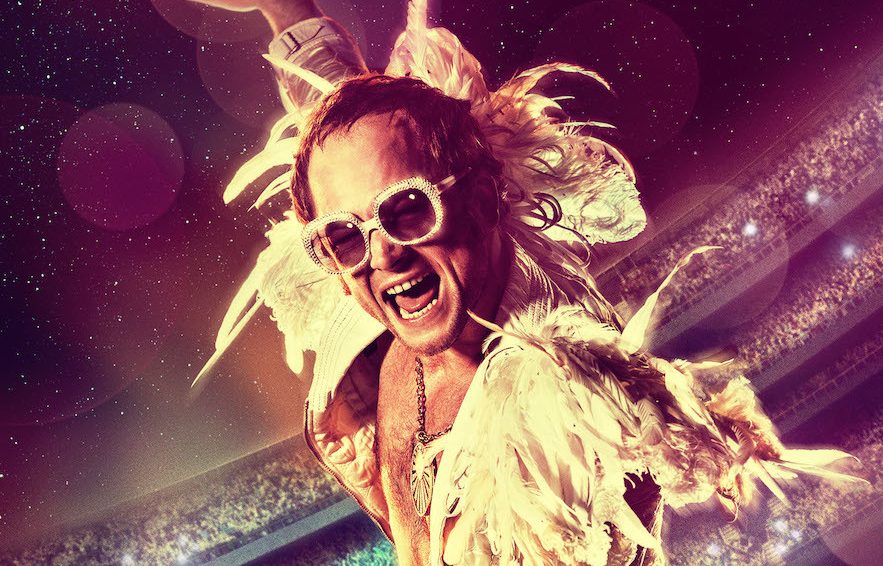 This Year in LGBTQ Cinema

Jim Farmer
Arts and Community
December 19, 2019
As tends to be the case so often, LGBTQ fare wasn’t as plentiful as it should be this year in cinema but there were some bright spots in this year’s offerings.
The best LGBTQ film of the year – by a country mile – was Celine Sciamma’s “Portrait of a Lady on Fire.” After a big splash at the Cannes Film Festival, where it won the Best Screenplay Award and took home the Queer Palm, it played a few fall festivals, winning the Audience Award for Narrative Feature at this year’s Out On Film. In the film, a young painter is commissioned to do a portrait of another woman – who is about to be married – without her finding out. Feelings develop between the two ladies. Lushly made and choreographed and impeccably performed, it’s already considered a lesbian classic, with an unforgettable final scene. The film is getting a one-week release in New York and Los Angeles in December to qualify for this year’s Academy Awards and opens nationwide on Valentine’s Day 2020.
Another of the year’s best films was “Pain and Glory,” directed by gay icon Pedro Almodovar and starring his frequent collaborator Antonio Banderas. Banderas stars as Salvador Mallo, a depressed gay filmmaker looking back at his life. Penelope Cruz shines in a few scenes as the central character’s mother while a visit from a former lover presents a challenge for Salvador.
“Booksmart” came and went quickly this summer and it’s a shame. Directed by Olivia Wilde, it’s one of the year’s most satisfying and smart films. Beanie Feldstein and Kaitlyn Dever star as high school seniors who have dedicated themselves to academics in lieu of personal lives until they learn their classmates are going to college as well – and got to have fun in high school. One night, these two decide to make up for lost time. Dever’s character is a lesbian.
“Rocketman” made no bones about the sexuality of its subject, rock star and part-time Atlantan Elton John. The film didn’t take off the way “Bohemian Rhapsody” did in 2018 but it made lots of money and was arguably a better film, entertaining and full of satisfying musical numbers. As Elton, a game Taron Egerton has been nominated for a Best Actor Golden Globe and a Screen Actor’s Guild Award.
Opening this weekend, “Bombshell” looks at how a group of women brought done Fox News head Roger Ailes after years of sexual harassment. Charlize Theron plays Megyn Kelly, Nicole Kidman plays Gretchen Carlson and Margot Robbie stars as Kayla, a (fictional) bisexual reporter looking to make a splash at the network. Also in the terrific ensemble is Kate McKinnon as a lesbian keeping her sexuality quiet. The film’s script never quite decides what it wants to do, but the acting is very strong.
Some of the best LGBTQ films were independent, smaller features. A smash at Cannes last year, “Sauvage” starred up and comer Felix Maritaud as a 22-year-old hustler. The film was shocking at times and sexually explicit, but Maritaud created a complex, wounded character at the center. Another terrific queer film from France was “Sorry Angel,” set in 1993 during the AIDS crisis.
Celebrated at Sundance, “Before You Know It” was a comedy-drama about two sisters – one straight, another a lesbian – who find that the mother they thought was dead is actually alive.
Hannah Pearl Utt starred, directed and co-wrote the film without co-star Jen Tullock. Judith Light, Alec Baldwin, and Mandy Patinkin fleshed out the cast. Another Cannes breakout was “Rafiki,” which explored the relationship between two young women in Kenya.
Other films with LGBTQ content included “Brittany Runs a Marathon,” “Vita and Virginia,” “Papi Chulo,” “Wild Nights with Emily,” “Adam,” “Giant Little Ones,” “Mapplethorpe,” “This is Not Berlin,” End of the Century” and the documentaries “5B,” “Cunningham” (opening in January) and “Halston.” Elsewhere, out Lena Waithe wrote the acclaimed “Queen & Slim” while a few gay characters livened up “Judy” starring an Oscar-bound Renee Zellweger.
Here are my personal favorites from this year.
1. Parasite
2. The Irishman
3. Once Upon a Time…in Hollywood
4. 1917
5. Portrait of a Lady on Fire
6. Booksmart
7. A Beautiful Day in the Neighborhood
8. The Last Black Man in San Francisco
9. The Farewell
10. Knives Out