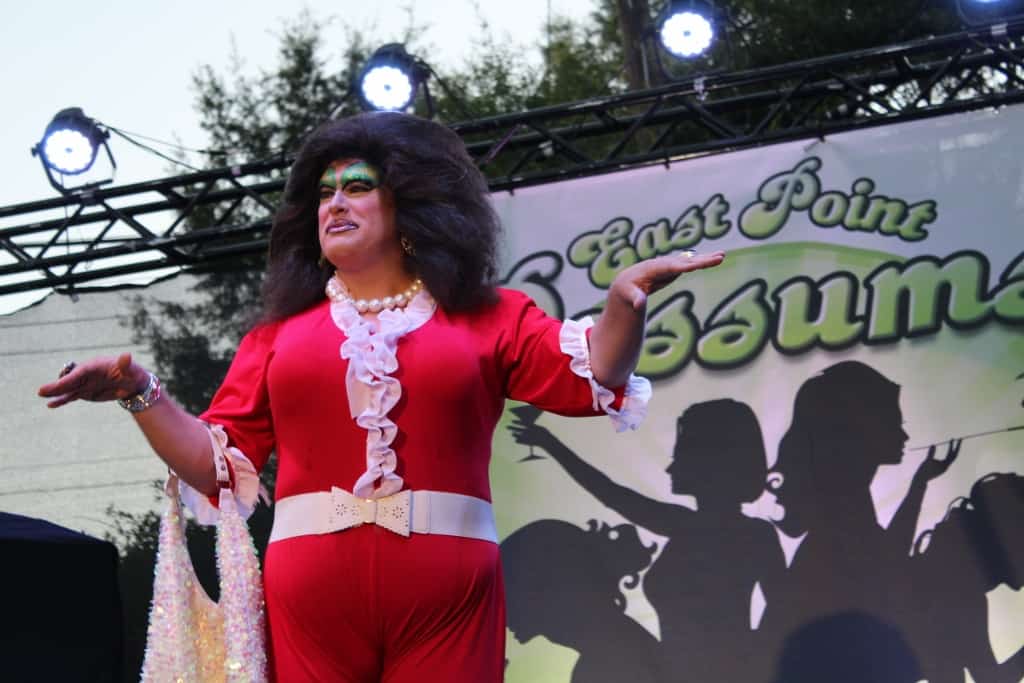 No organization has done more nationally to secure marriage equality than Lambda Legal (www.lambdalegal.org), and Georgia Voice readers showed their appreciation by naming the group best LGBT nonprofit. The local branch of the LGBT rights group challenged Georgia’s constitutional ban on same-sex marriage with the suit Inniss v. Aderhold, which finally brought the Peach State to the front lines of the marriage battle.

The saintly work Lost-N-Found (www.lnfy.org) is doing with homeless LGBT teens earns the group second place, and the Atlanta Prime Timers (www.primetimersww.com/atlantapt) are honored with third for fostering a vibrant community among LGBT seniors.

LGBT EVENT
OUT ON FILM

Atlanta’s LGBT film scene is bigger and better than ever and a large thanks for that goes to Out On Film (www.outonfilm.org), the city’s annual LGBT film festival that’s always sure to attract big names and quality work thanks to the work of executive director Jim Farmer and his team. Keep an eye out for the next Out On Film festival coming this October.

Coming in second was Atlanta Pride (www.atlantapride.org) and rounding out the list in third was the Human Rights Campaign Dinner.

The ATL loves its tennis, as evidenced by the Atlanta Team Tennis Association (www.atta.org) acing its way to the winner’s podium as the best sports team/league. With year-round open play, leagues and major tournaments such as The Hooch and the esteemed Peach International Tennis Championships, ATTA has a reputation for welcoming athletes of all levels of skill.

It used to be hard to imagine that anything could fill the hole in the early summer calendar when Atlanta Pride moved from June to October, but the East Point Possums (www.eastpointpossums.com) have made their annual drag show one of the biggest nights of the year. Drag queens from all genres and parts of the city join forces to raise money for charity, turning the downtown square of East Point into LGBT central.

As the 35-year epidemic fades from the consciousness of many, the folks at Positive Impact Health Centers (www.positiveimpact-atl.org) continue to expand their efforts to end the disease. From groundbreaking programs like The M.I.S.T.E.R Center (www.mistercenter.org) to literally breaking ground on new facilities on West Peachtree Street, the organization is committed to being a positive force for LGBT health in Atlanta.

It’s understood that when it comes to spirituality, many LGBT Atlantans are looking for something new, which may be why New Covenant Church of Atlanta (www.newcovenantatlanta.com) was voted best house of worship. Led by Bishop Randy Morgan, New Covenant Church brings a strong Christian foundation to Cheshire Bridge, “where the spirit of God is being poured out upon ALL people.”

Nothing breaks up the workday like pictures of hunky guys and tabloid retellings of LGBT Atlanta’s happenings, making Project Q (www.projectqatlanta.com) the city’s favorite LGBT blog. The site also delivers solid news, but the eye candy and cattiness are what make it irresistible.

Relationship blogs round out the top three, with Equally Wed (www.equallywed.com) and Juan & Gee (www.juanandgee.com) finishing second and third, respectively.