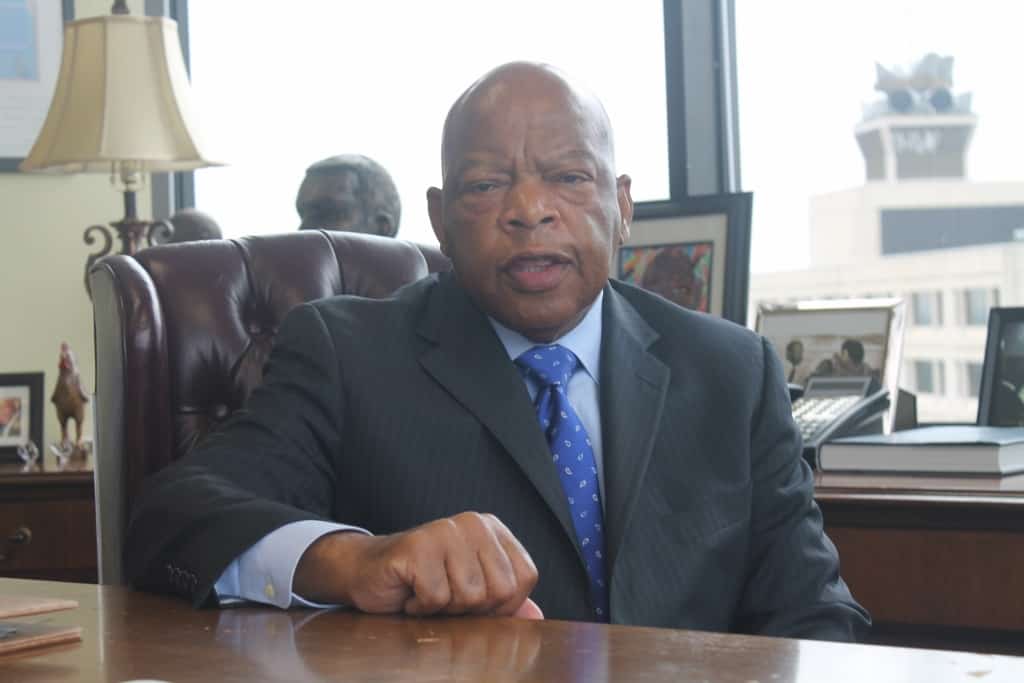 Georgia Tech graduate Emilio Lourdes has been managing The Havana Club for almost three years now, and the huge (15,000 square feet) Buckhead nightspot has never been more popular. The city’s hottest DJs can be found spinning there nightly, and the biggest celebrities go there to unwind after a hard day of movie-making.

Bob Fawcett of The Pet Set (www.thepetset.com) came in second, with Frank Bragg of Radial Café (www.radial.us) in third.

Georgia Voice’s regular columnist Bill Kaelin wins this category again in 2015, as he has done in multiple years past. His company, Bill Kaelin Marketing, provides “one stop” shopping for “all your marketing, branding, consulting and event needs.” He has been making the scene(s) in Atlanta for over six years now.

Staunch longtime ally, Congressman John Lewis of Georgia’s 5th District, is Georgia Voice’s favorite politician for 2015. His unwavering support for LGBT employment and marriage rights have brought him victory in this category over several years, and he joined in the celebration last month when the Supreme Court affirmed marriage equality for us all.

Local drag superstar Monica Van Pelt glams her way past the competition to take the top spot in this category. Van Pelt, the ebullient host of Synergy Saturdays at Burkhart’s, is also a staff diva at Lips Atlanta, and has been a staple of the Atlanta scene for many years.

Gabrielle Claiborne is Georgia Voice’s top vote-getter in this category this year. The longtime activist and entrepreneur is president of Claiborne Enterprises, owns a Mary Kay Cosmetics franchise, is active in the Metropolitan Community Church and is a member of Atlanta Pride’s Board of Directors. She is also an in-demand public speaker.

Cathy Woolard, former Atlanta City Council president and past candidate for Congress, wins this category for 2015. She was the first openly gay elected official in the state of Georgia, and has been a tireless advocate for our rights and issues throughout her career. She is currently in the running to succeed Mayor Kasim Reed.

Local attorney Dan Grossman, the 2015 winner of this category, was part of the legal team that successfully sued the city of Atlanta on behalf of The Eagle after the Atlanta Police unlawfully raided the gay bar in 2009. He has worked diligently to continue to hold the APD accountable to the LGBT community since then.