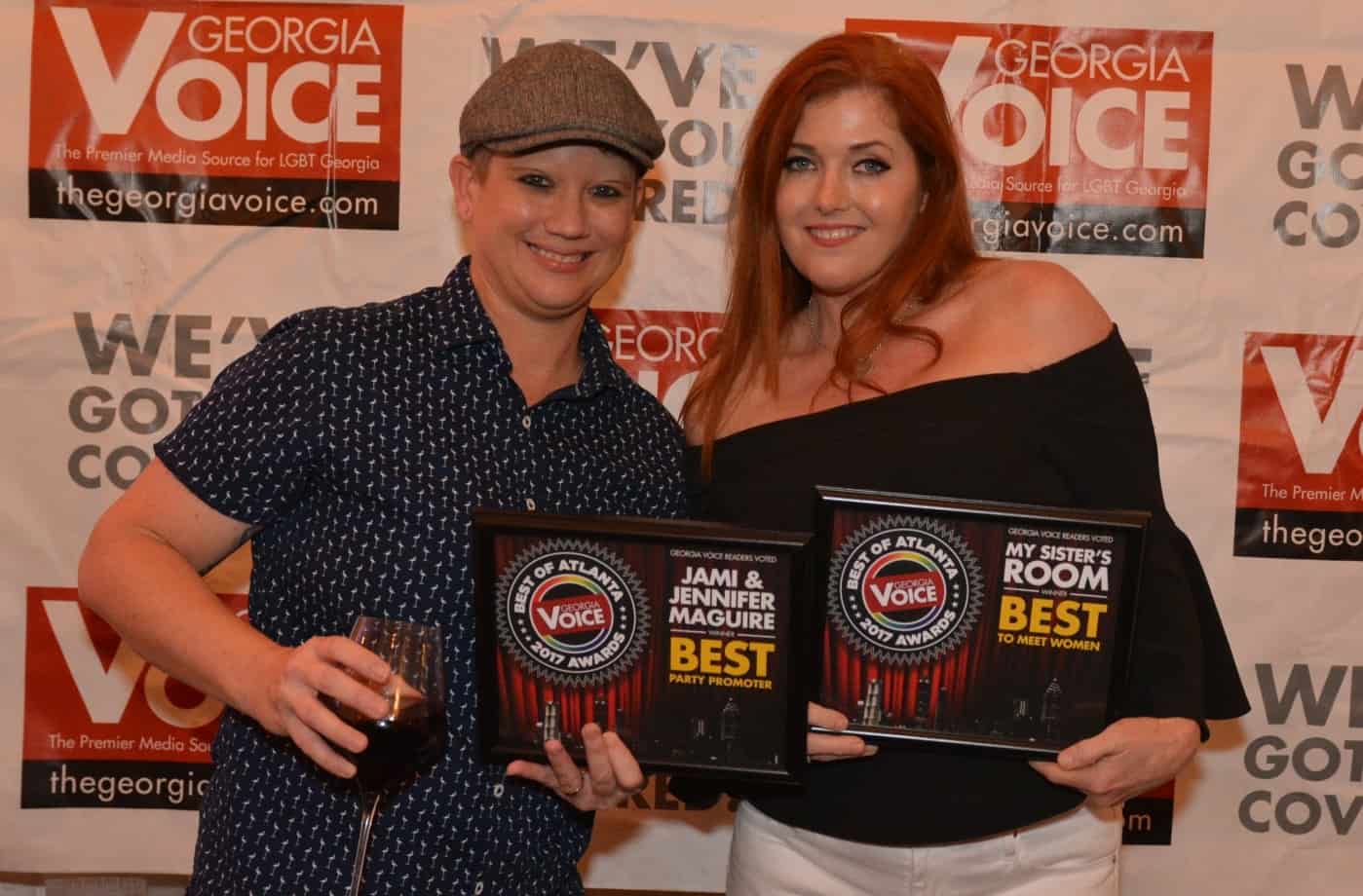 It was a close call, but Common Ground Real Estate President Justin Ziegler (www.commongroundrealestate.com) came out on top as your favorite business person. Common Ground boasts a roster of 20 full-time realtors under Ziegler.

My Sister’s Room (MSR) owners Jami and Jennifer Maguire (www.mysistersroom.com) know how to get a party jumping, and the community agreed, naming them the best party promoters. Looks like MSR’s move to Midtown in 2015 is paying off for the couple.

The Democratic hopeful came up short in the 6th Congressional District race, but Jon Ossoff (www.electjon.com) won y’all over with his pro-LGBT views and appearances at multiple community events.

Jeff Graham (www.georgiaequality.org) is a perennial finalist in this category, and for good reason. The Georgia Equality executive director has led the fight against numerous anti-LGBT so-called “religious freedom” bills.

Keith Xavier Harding (www.thrivingheart.com/keith-harding) wins in this brand-new category, and readers clearly had reason to be impressed with the 18-year-old. He got his bachelors degree at 15, his masters at 17 and he’s now counseling LGBT youth at Thriving Heart Healing Arts Association.