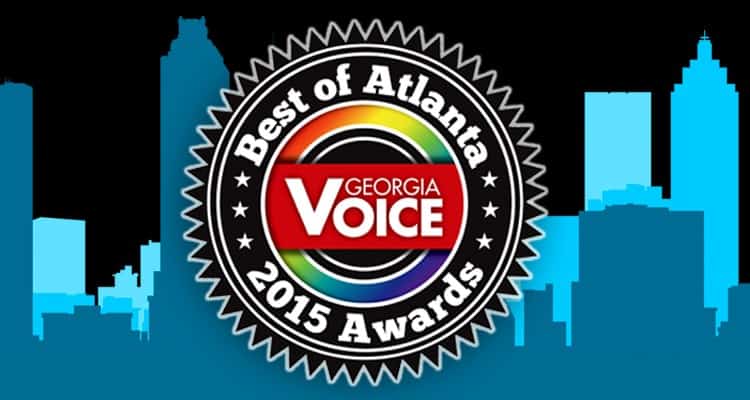 The open nomination period for our sixth annual Best of Atlanta awards began in late May, in those backward times when same-sex marriage was still illegal. After a month, the votes were tallied and your finalists were announced. Then it was time for the final voting period.

Some of the finalists let the process take care of itself. Others mounted campaigns through social media to garner votes. And now we present your choices for LGBT Atlanta’s best in Arts & Entertainment, Community, Eats, Nightlife, People, Pets, Services and Shopping.

And what better way to mark the occasion than with a party?

Atlanta’s LGBT community is invited to The Georgian Terrace Hotel on Friday July 24 from 6 p.m to 10 p.m. to enjoy light bites from your favorite restaurants like Henry’s Midtown Tavern, Campagnolo, Green Ginger and DaVinci’s, sip wine and signature cocktails courtesy of Green’s, move your body to the DJ’s beats and watch as the winners of Georgia Voice’s 2015 Best of Atlanta Awards are crowned. Admission is free, so come on down and kick off your weekend right!

Congratulations to the winners and finalists alike!