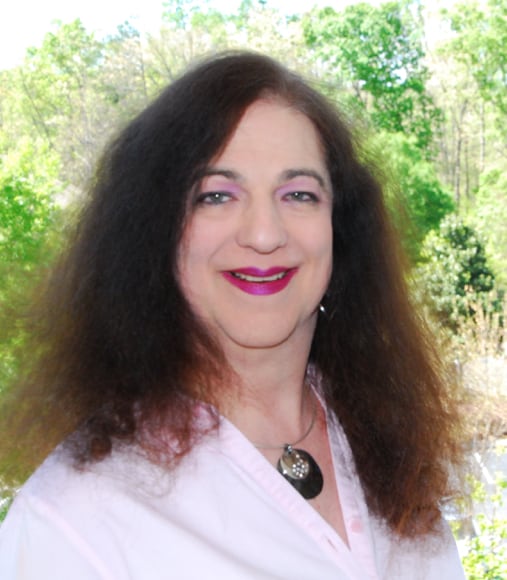 If given a choice between the mundane and unconventional, transgender architect Caroline Boyd will choose unconventional every single time. As the CEO of Caroline Boyd Designs, a residential architecture firm servicing metro Atlanta, north Georgia and the North Carolina mountains, her design aesthetic and approach to new or remodeled homes cannot be confined.

The phrase “Be True To Yourself ” is placed prominently on the front page of her website and provides potential clients the first inkling that a Boyd design experience is not only rooted in form and functionality but also truth. She shows up to work armed with over two decades of experience from two separate firms—HLP Architects and Harrison Design Associates—prior to launching her own company, a master’s degree in architecture from Georgia Tech and a recent transition that has allowed her to flourish both personally and professionally.

Georgia Voice caught up with Boyd to learn more about the woman who can only be described as fearless and unconventional in her approach to life and design.

Tell us about your approach to designing homes.

The main things that I do is try to match and support the client’s lifestyle; make it a reflection of who they are. I like to get to know the client as well as I can in a short period of time. As far as my aesthetic, it’s usually what they ask for. And that can be a trap because sometimes words are limiting. If someone says, ‘Oh, I like craftsman style.’ Then all of a sudden you’re handed a vocabulary for certain things that every craftsman’s gotta have. I would love to do some [homes] that are wildly different and unique but I haven’t done that up until this point. I love a lot of things that are unconventional but so far no one has asked for it. (Laughs)

You specialize in new home design as well as remodels. Do you have a preference?

They both have their advantages and disadvantages. The remodel has the advantage that you know what you’re relating to so you want to make it a composition that works—one that looks like it was always there. With something new, it’s kinda like stepping out into a wide-open field and you can go in any direction you want, which is great if you want something that’s unconventional. But on the other hand, you can spend a lot of time figuring out the direction because everything is possible.

Has your transition presented any challenges in terms of dealing with old or new clients?

The clients have been really good actually. There may have been some jobs that I didn’t get because maybe they were a little nervous or something. I’m getting closer and closer to being passable as time goes on. Of course, initially they may have been a little jarred. It’s been great. It’s been almost no negative reaction.

You began transitioning quite recently, right?

The decision is very recent. It was the end of August 2013 when I started going out dressed in public. Since then, I guess it was about two years ago when I first started working as Caroline. I’ve actually only been on hormones for a month. So I’m actually very new in my transition.

Your chosen name is Caroline. Does that name have any significance to you?

It was a name that actually came to me in a dream a long time ago. The therapist that I was seeing at the time in the late ’80s said that that represented the feminine part of me. It came from the word caring and that’s what was missing at the time.

Is there anything potential clients need to know to get the design or remodel process with your firm started?

They don’t necessarily need to know too much because I try to walk them through it. On my new website I’ll be showing unconventional forms of architecture that I’m attracted to. The reason for me doing that is to educate people. I don’t think people know some of the options that are available. It’s important that I know how they want the house to feel. Do you want it to feel informal, rustic, or comfortable? It’s about finding the effect you’re going after.