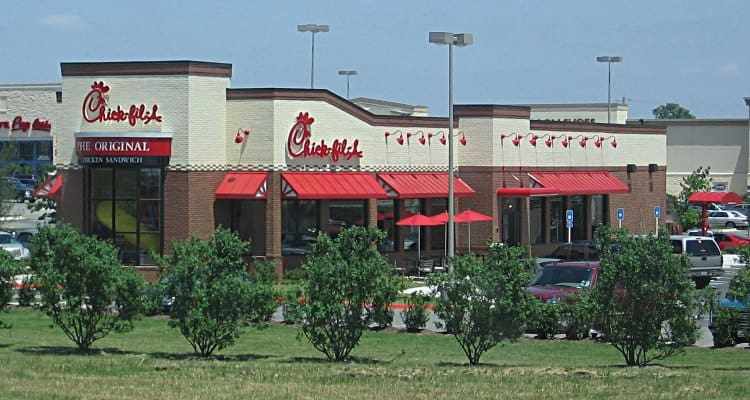 The site ThinkProgress has reported that Dan Cathy, a Georgian and CEO of the fast food restaurant Chick-fil-A, will give a prominent talk at the annual International Economic Development Council conference in Atlanta.

The event occurs next month – and, ironically, the 2018 IEDC’s conference theme is equality.

The IEDC has stated in its press materials that the idea of this year’s business get-together is “inclusive economic development.”

And it’s that theme which is supposedly bringing 1500 people to the conference. But the selection of Cathy, some argue, effectively negates the IEDC’s stated pro-inclusivity agenda.

Cathy will give one of the keynotes at the event, which will be held from Sept. 30 to Oct. 3 at Atlanta’s Hyatt Regency Hotel. The suggestion for Cathy to speak is said to have come from the Metro Atlanta Chamber of Commerce.

According to ThinkProgress, “Though it has funded and backed anti-LGBTQ causes for years, it was not until 2012 that Chick-fil-A became nationally known for its exclusionary views. That year, Cathy confirmed the restaurant chain’s anti-gay political agenda, telling the Baptist Press that his company was ‘guilty as charged.'”

After a country-wide pushback, Cathy and his company responded by stating that they would keep out of the LGBTQ-rights debate.

But over half a decade later, as ThinkProgress notes, the corporate concern is still one of “the largest national companies without a written non-discrimination policy for lesbian, gay, bisexual, transgender, or queer employees, as well as a 0 score on the Human Rights Campaign’s Corporate Equality Index.”

As reported by Project Q Atlanta, a document investigation by Peacock Panache unveiled several interesting facts about the organization: through 2016 at least, “the company continued to fund the same three anti-LGBTQ groups they did in 2015.”

This “got the attention of Chick-fil-A.” The corporation in turn “issued a rebuttal” claiming that the restaurant chain had “dropped support of one of the groups in 2017.

IEDC President Jeff Finkle told Think Progress that “the company told him they would soon only be donating to one anti-LGBTQ group,” the Salvation Army. Finkle said there had been disagreement about the invitation within the leadership of the IEDC.

Georgia Equality Executive Director Jeff Graham noted to ThinkProgress that Chick-fil-A is well outside of the state’s corporate mainstream.

By 2014, as Graham pointed out, “500 of the largest employers in the state of Georgia offered these protections.”

Prominent Georgia businesses have also publicly agreed to adopt open-door policies to all persons, regardless of sex, national origin, race, etc. Graham noted that the fast-food giant is on neither of these lists. “We’d love to see Chick-fil-A offer those protections,” Graham told ThinkProgress. “It’s good for business, which is why it is a standard business practice.”

As Project Q noted, there is at least one openly gay speaker presenting at IEDC: Raphael Bostic, the current CEO of Atlanta’s Federal Reserve Bank.