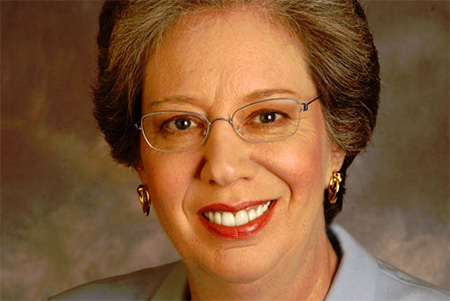 The Atlanta Gay & Lesbian Chamber of Commerce today announced the recipient of its Lifetime Achievement Award for the upcoming Community Awards Dinner Aug. 23.

“Beth is such a deserving recipient of the Lifetime Achievement Award, and we are honored to be able to recognize her for all of the hard work, dedication and success she has achieved in her accomplished career,” said Suzanne Baugh, AGLCC president, in a statement released today.

Shapiro said today she was flattered by the honor while calling the AGLCC’s mission “crucial.”

“The Atlanta Gay & Lesbian Chamber of Commerce provides crucial support that enables LGBT-owned and LGBT-friendly businesses to grow and prosper. As a longtime fan of the organization, I’m flattered and honored to have been selected for this award,” Schapiro said.

The awards dinner will be held at the InterContinental Buckhead hotel. The awards, hosted this year by Emmy-winning television personality Brandon Rudat, are meant to recognize excellence in LGBT business.

For more information on the awards dinner, or to purchase tickets, please visit www.AtlantaGayChamber.org.