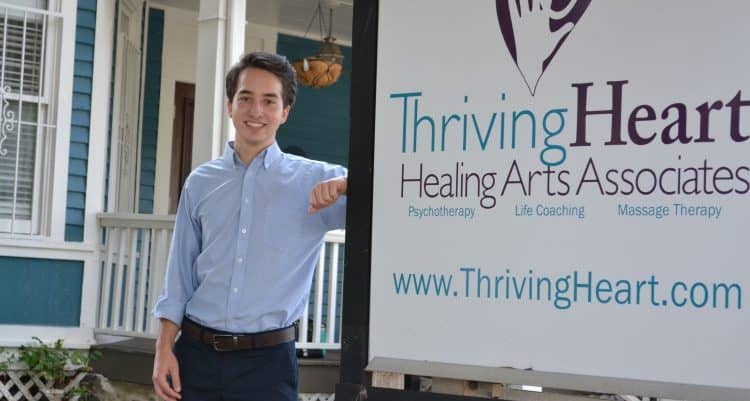 Catching Up with Best of Atlanta winner Keith Xavier Harding

At the ripe old age of 19, Keith Xavier Harding already holds a bachelor’s degree in music performance, a master’s in counseling and a certificate declaring him 2017’s top up-and-coming LGBT youth in the Georgia Voice Best of Atlanta awards.

Though he’s only been an Atlantan for a year — Harding grew up with nine siblings in Montgomery, Alabama — he’s made strides and found his niche. He and his partner are about to celebrate their third anniversary, he’s an associate therapist at Thriving Heart working on his counseling license and he’s a proud member of OurSong chorus and ACFLY, the Atlanta Coalition for LGBTQ Youth.

Georgia Voice recently caught up with Harding to learn more about his background, his future career plans and just how he got into Faulkner University at age 11.

You were homeschooled year-round. Was that how you were able to go to college so young, literally because you finished everything at an earlier age?

We’re not geniuses or anything exceptional as far as our abilities.

My older siblings had all been through the same thing, so we kind of had our own little program designed around it. We focused on prepping on the entrance exams. In Alabama, we just did the ACT, which is what I took. We would kind of prep the basics of what you needed apart from our interests and what we wanted to major in. We focused on the core subjects and preparing those, but it was a lot of self-led learning, as you can imagine.

What drew you to become a music major?

I was 9 years old and I started playing violin. My sister had a violin that I think my mother’s cousin gave to us, and it was just sitting in the closet. I found it one day and was really fascinated by it. I started asking my mom, “Can I start lessons?”

My older sister had a friend from her college just down the street who was a music major … and I just started learning from that friend over time. I went into the program just being really excited to learn more about music, not having a lot of prior experience. I didn’t do band in school — I didn’t have school in the traditional sense — so I just had exposure to a little bit and was really interested.

Violin was my focus as a music performance major, and then I did things like band and choir. I was a boys soprano the first semester, which was very exciting for the choir director because he’d never had that opportunity.

How did you go from music to counseling for your graduate program?

I was really drawn to counseling when I was 15, when I was graduating. I was taking an introduction to psychology class and was fascinated by personality theories and the workings of the inner mind. I was also really going through a lot with being young and really reconciling being gay and being in the South, and how to approach that.

To see that I wasn’t alone, that there were many other LGBT youth who were feeling the same, and I was watching “Glee” and I saw the guidance counselor in “Glee” and I was like, “Oh!” That really stayed with me.

Do you ever think you missed out on that traditional college experience, having gone through it so young?

That’s a question a lot of people ask. My answer always had been, “I feel like it was different, but I still had a great experience.” I still believe that.

It’s a hard question, but I think that I don’t feel a sense of missing out, but more the thing I have to think about is the sense of being a little different, and how I can relate to people and find common experiences.

[In college] people were very protective. I think they saw a bit of themselves in me at first — that kid seems a little lost. There were a lot of mothers who came out of the woodworks to help care for me and make sure I knew where I was going.

How did you come to find Thriving Heart?

I was really drawn to working with transgender individuals because I did an internship in Montgomery and I worked with LGBT youth. I really liked the holistic focus at Thriving Heart and caring for the whole person, so those two things are really important to me.

I felt like something was kind of drawing me here, so that was great, and since being here I’ve learned a lot and it’s been a great experience.

Where do you see yourself in, say, five years?

I’d like to have a very focused and established practice that allows me to really work with clients who maybe have complex issues, such as layers of things they’re working through — maybe trauma as well as identity concerns. I’ve been really interested in populations that have more accessibility concerns, like I’m learning American Sign Language and that’s of interest to me. I really like working with challenging concerns for clients and I want to become an expert. I don’t know if five years is enough to call yourself an expert, but it will be a good start in terms of working with LGBT youth.