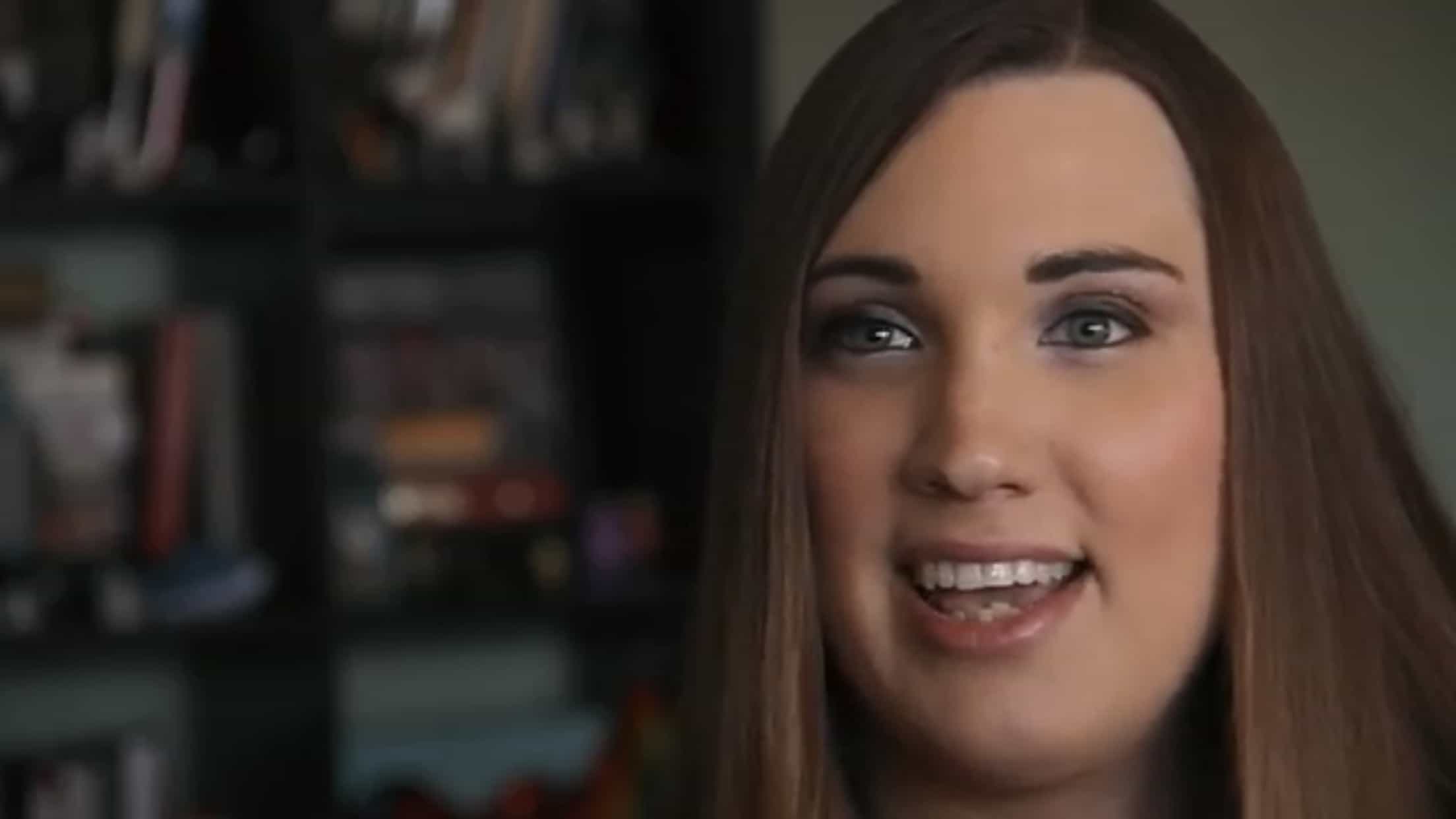 The programming for the 32nd annual Out On Film, Atlanta’s LGBTQ film festival, has been released. This year’s festival will feature 126 narrative films, documentaries, short films, and web series, along with a tentative presentation of an Icon Award (expect more details coming soon!).

The festival opens on Thursday, September 26 with “For They Know Not What They Do,” directed by Daniel Karslake. This film follows four religious families with LGBTQ children – including the families of Pulse survivor Vico Baez Fabo and transgender activist and HRC press secretary Sarah McBride – after the Supreme Court decision to legalize same-sex marriage. Febo and Karslake will both be present at the screening.

“’For They Know Not What They Do’ is an exceptional film, one full of hope, and is a perfect way to start our 32nd annual festival, especially with Daniel and Vico as our guests,” said Jim Farmer, the festival director of Out On Film. “Our schedule is loaded this year with all sorts of films from around the world and themes. We are ecstatic about sharing our programming.”

This year’s Centerpiece screening is Celine Sciamma’s “Portrait of a Lady on Fire,” which won Best Screenplay at this year’s Cannes Film Festival, as well as the Queer Palm. This film tells the story of a female painter on an isolated island in Brittany at the end of the 18th century who is obliged to paint a wedding portrait of a young woman. This screening will be the Southeastern debut of the film as well as the LGBTQ festival premiere.

The event will close out on Sunday, October 6 with a double feature: Andrew Putschoegl’s “HAM: A Musical Memoir,” a filmed version of “Star Search” winner Sam Harris’ musical revue/one-man show; and James Sweeney’s “Straight Up,” a romantic comedy about a man who might be gay and his new girlfriend who might not care. Harris is expected to attend the final screening.

Other highlights include Hannah Pearl Utt’s “Before You Know It,” the Sundance hit starring Utt as a lesbian who, while taking care of her dysfunctional family and community theatre, discover that the mother she and her sister thought had died (Judith Light, in peak form) when they were young is alive and starring on a popular daytime soap opera; Doug Spearman’s “From Zero to I Love You” starring fellow “Noah’s Arc” castmate Daryl Stephens as a gay man in Philadelphia – one with a history of getting involved with married men – who falls for a man 15 years into a perfect marriage with two beautiful children and an enviable wife. The cast also includes Jai Rodriguez of “Queer Eye for the Straight Guy.”

Mike Doyle’s “Sell By” is the story of a five-year relationship that has gone from a passionate flame to a medium burn, forcing them to reconcile with each other’s shortcomings, all while watching their support network crumble around them. The cast includes Kate Walsh, Scott Evans and Patricia Clarkson. Director Mike Doyle and actor Scott Evans are expected to attend.

Wendy Jo Carlton’s “Good Kisser” is about a sexy weekend fling between a young female couple and another woman. Carlton and star Kari Alison Hodge are expected in attendance.

When a young woman’s cancer takes a turn for the worse, she presents her new wife a deathbed order: find someone new while she is still around to approve of her choice. The strikingly original new film “The Sympathy Card,” directed by Brendan Boogie, manages to balance comedy, drama and romance in an appealing, beguiling manner.

In his play turned film “Six Characters in Search of a Play,”  Del Shores brings to life six one-of-a-kind characters he has met in real life that haven’t quite made it into one of his plays, films or TV shows. Del Shores and the film’s producer Mat Hayes will be in attendance.

In Simon Amstell’s affecting, bittersweet comedy “Benjamin,” a rising young filmmaker (Colin Morgan) is thrown into emotional turmoil by a burgeoning romance with a French musician and the upcoming premiere of his second feature, which looks to be a sizable flop, while Anabel Jankel’s “Tell it to the Bees” is a drama/romance starring Oscar winner Anna Paquin as a doctor who returns to a small village and becomes romantically involved with a single mother.

Mark Blane’s “Cubby” tells the story of an immature 26-year-old kid from the Midwest who moves to New York City with no idea how to take care of himself and eventually manages to befriend a precocious six-year old and an a superhero Leather-Man.

In Alex Thompson’s “Saint Frances,” which won the Narrative Feature Audience Award at this year’s SXSW Film Festival, Bridget (Kelly O’Sullivan) has an abortion just as she lands a much-needed job in an affluent Chicago suburb – nannying six-year old Frances. With no time to recover, she clashes with the obstinate Frances and struggles to navigate a growing tension between Frances’ two moms.

Flavio Alves’s “The Garden Left Behind” traces the relationship between Tina, a young Mexican trans woman, and Eliana, her grandmother, as they navigate Tina’s transition and struggle to build a life for themselves as undocumented immigrants in New York City.

Out On Film hosts its second annual  Horror Night on Friday, October 5 with Brad Michael Elmore’s “Bit,” starring transgender actress Natalie Maines of “Supergirl” as a teenage girl on summer vacation in Los Angeles who fights to survive after she falls in with four queer feminist vampires trying to rid the city’s streets of predatory men; and Jaki Bradley’s “Last Ferry,  in which a young – and shy – gay lawyer arrives on Fire Island to explore his sexuality and becomes witness to a brutal murder.  Following those features will be a series of horror short films.

Out On Film’s embrace of documentaries continues with the likes of Rachel Mason’s “Circus of Books,” following Karen and Barry Mason, a straight couple who owned the Los Angeles pornographic book store Circus of Books without their young children knowing; “Scream, Queen: My Nightmare on Elm Street,” charting Mark Patton’s journey after “A “Nightmare on Elm Street 2” was criticized and called the gayest horror film ever made,  featuring an appearance by Patton and directors Tyler Jensen and Roman Chimienti; “Gay Chorus Deep South,” in which the San Francisco Gay Men’s Chorus embarks on a tour of the American Deep South in response to a wave of discriminatory anti-LGBTQ laws in Southern states and the divisive 2016 election, featuring a performance by the Atlanta Gay Men’s Chorus and the Atlanta Women’s Chorus;  Jeffrey McHale’s “You Don’t Nomi,” which examines the legacy of whether “Showgirls” really is one of the worst films of all time or a misunderstood classic;  “Queering the Script,” featuring interviews with Lucy Lawless of “Xena” and Ilene Chaiken of “The L Word,” which takes us into the world of queer fandom with fangirls who not only attend conventions and other events but help TV and film companies to keep programming inclusive and positive;  the extraordinary “5B,” Oscar winner Paul Haggis and Dan Krauss’ look at the staff and patients of San Francisco General Hospital’s AIDS ward during the early days of the epidemic; and Gerald McCullouch’s “All Male All Nude: Johnsons,” a sequel to his 2017 film, this time about former Swinging Richard’s employee Matt Colunga opening a new club, featuring an appearance by McCullouch and Colunga.

John L. Jackson Jr. and Nora Gross’s “Making Sweet Tea” chronicles the journey of southern-born, black gay researcher and performer E. Patrick Johnson as he travels home to North Carolina to come to terms with his past. The film also chronicles some of his travels to Georgia, New Orleans, and Washington, D.C. as he reconnects with six of the men he interviewed for his book, Sweet Tea: Black Gay Men of the South—An Oral History. Tom Shepard’s timely “Unsettled: Seeking Refuge in America” follows the stories of LGBTQ refugees and asylum seekers from Africa and the Middle East, while Jerry William’s “Spider Mites of Jesus: the Dirtwoman Documentary” examines the late drag personality Dirtwoman of Richmond, VA and Jim Brown takes an affectionate look at iconic musician Holly Near in “Holly Near: Singing for Our Lives.”

Other documentaries include “Are You Proud?” which looks at the LGBTQ+ movement in the UK, bringing together rare archive footage and interviews from across a spectrum of historical campaigns to celebrate the movement’s landmark achievements; “Where Justice Ends,” which looks into why so many transgender people encounter the police, how those encounters often lead to discriminatory treatment, and the inhumane conditions that transgender people all too frequently experience; “Leonard Soloway’s Broadway,” which follows the titular character – Leonard Soloway – who is an American original and a Broadway legend; and “State of Pride,” which examines the history and meaning of the pride movement featuring a diverse range of LGBTQ+ perspectives, including Raymond Braun, Troye Silvan and Heklina.

Megan Rossman’s “The Archivettes,” which follows the Lesbian Herstory Archives, the world’s largest collection of materials by and about lesbians; “The Chunta, which follows two gender-bending gangs of dancers as they face off in a struggle between queer identity and powerful traditions; “Queen of the Capital,” which follows DC bureaucrat by day, drag queen by night Muffy Blake Stephyns as she follows her dream of leading a group of vibrant performer on a crusade for the community;  and “Changing the Game,” which takes us into the lives of three high school athletes—all at different stages of their athletic seasons, personal lives, and unique paths as transgender teens, are also included in this year’s  documentary lineup.

Out On Film’s international fare continues this year with a stellar line-up of films from 16 countries. The unexpected announcement of an engagement between two men threatens to disrupt a sunny summer and turn the lives of everyone around them upside down in Simone Godano’s charming Italian film “An Almost Ordinary Summer” while acclaimed Argentinian director Marco Berger’s sexy “The Blonde One” looks at a roommate situation that deepens.

Samantha Lee’s “Billie and Emma” (The Philippines) is a beautiful romance between a new student and the school’s star student. Leon Le’s “Song Lang” (Vietnam) is a haunting story of a debt collector and an opera performer while Lucio Castro’s “End of the Century” (Argentina) is a decades-spanning romance about a 30-something Argentine poet on vacation who begins a romance with a Spaniard from Berlin.

In Cedric Le Gallo and Maxime Govare’s international French hit “The Shiny Shrimps,” Matthias, an Olympic champion at the end of his career, makes a homophobic statement on TV. His punishment: coach the Shiny Shrimps, a flamboyant and amateur gay water polo team. They have only one thing in mind: to qualify for the Gay Games in Croatia where the hottest international LGBT athletes compete. Karole Di Tommaso’s “Mom + Mom” (Italy) is the story of two women who love each other and desire to have a child together.

15 shorts programs will take place during the festival, many of them free. Some of the highlights include Michael Urie in Matthew Puccini’s “Lavender,” Morgan Jon Fox’s unforgettable “The One You Never Forget” and Alyssa Lerner’s award-winning “Bubble.”  Many of the short programs are free, including weekday noontime shorts. Several web series will also be included in this year’s program, including the acclaimed “A Luv Tale: The Series” “King Ester” and “These Thems.”

Out On Film lasts from September 26 to October 6 at Landmark’s Midtown Art Cinema, Out Front Theatre Company, and the Plaza Theatre. The Out On Film VIP Lounge will make a return this year, thanks to Apres Diem and Tito’s Handmade Vodka.

For festival passes, three and five packs, and individual tickets, go to outonfilm.org. Complete screening information can also be found on their website, as well as their Facebook page.