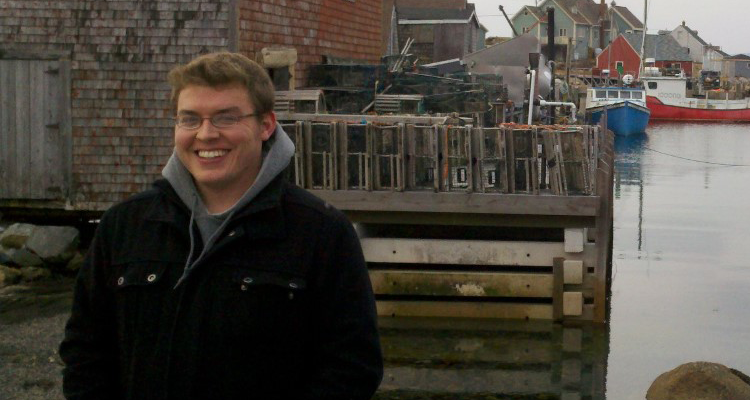 A Conversation with Pianist, Composer, and Conductor Adam Burnette

Adam Burnette is a pianist, conductor, and composer from Chatsworth, Georgia. He has worked across the United States, from the Kennedy Center to Indiana State University, and in Europe. His work was recently featured in NewMusicShelf Anthology of New Music: Trans and Nonbinary Voices, the first-ever volume of songs written by and/or for transgender and nonbinary people.

Quotes have been edited for clarity. Content warning: suicide.

How and when did you first get into music?

I think I was always destined to be a musician. I started playing piano when I was three, and I think I was just sort of obsessed with it. There was a teenager who played, and I was just infatuated with what she was doing and with the sound, my parents never really encouraged it, so I just sort of found it myself. I started playing when I was really young, I took one year of lessons when I was five. In sixth grade, I took one year of lessons with this lady who taught classical music. But I couldn’t read music, so I mimicked what she was doing, and after six or seven weeks I would learn a piece [of music]. My teacher was just throwing music at me, and that’s how I learned how to read it. It was sort of trial-by-fire. In tenth grade, I started taking lessons again with a teacher who offered me a full scholarship. The first year it was one lesson a week, and then we started doing two lessons a week.

Did you ever find music to be a comfort or type of therapy during difficult times in life?

I was playing probably like six hours a day, and luckily my family never told me to stop. I would wake up in the morning and play before I had a shower, and at night I’d still be playing before bed. I think it’s something about the vibration of the string hitting the key that’s therapeutic, and I just caught onto that at a very early age. [Music] is my identity.

Have you found that the classical/contemporary music world is inclusive of musicians who aren’t straight and/or aren’t cis? Is it a diverse career field at all in this regard?

Yes, in the opera world, it’s a nonissue, and it’s fantastic. We’re all in it for the music. If it’s good music it’s good music, whoever wrote it. I think the music world is very inclusive … I’ve played with musicians from all over, Russia, China, Korea, Tunisia, South Africa, Australia, and they’re all fun! There’s a certain universality that we all have, it’s all about the music.

One of your upcoming projects is being included in a trans and nonbinary music anthology. What significance do you think it holds for the classical music world?

What about the anthology made you want to submit your work?

I had this childhood friend named Mark, and he was so authentic, and I really dug that. I knew I was gay at four [years old], and I never told anybody. But in 7th grade, I met Mark, and in 8th grade, he was the first person I told.

I didn’t see him for 20 years, but then one day I heard he was in town, and we met up again. I could tell that he had lived a very troubled 20 years, that he had really struggled. He had always been in-between, which is why I think he was nonbinary. We’d had a really good day that day, we’d gone up on the mountain and skipped rocks and had a great time. Then I found out that I had gone to bed, and he had killed himself. The next day I sat down at the piano, and I wrote a piece. There were no erasures, it just came out. The last line [of the piece] says that the birds have died, the flowers will no longer bloom, everything green has died, and now he can cry. I don’t know, that just really spoke to me. I just regret that Mark’s mother passed away two years ago, and she couldn’t see this piece that was written for her son.

If you can tell me, I’d love to hear about what your next project is or might be? Do you want to stay in the classical genre, or would you ever consider branching out?

I’ve always composed, it’s always been sort of a hobby. Last year I had four pieces published. I was always kind of nervous to send my music out, rejection is pretty harsh and also because compositions are like your children, and if people don’t like your children, it’s not a great feeling, you know? I finally just had the gumption to send stuff out, and it ended up being pretty successful. And hopefully, that will remain the case and the trend will keep going.

Finally, who is your favorite composer and why?