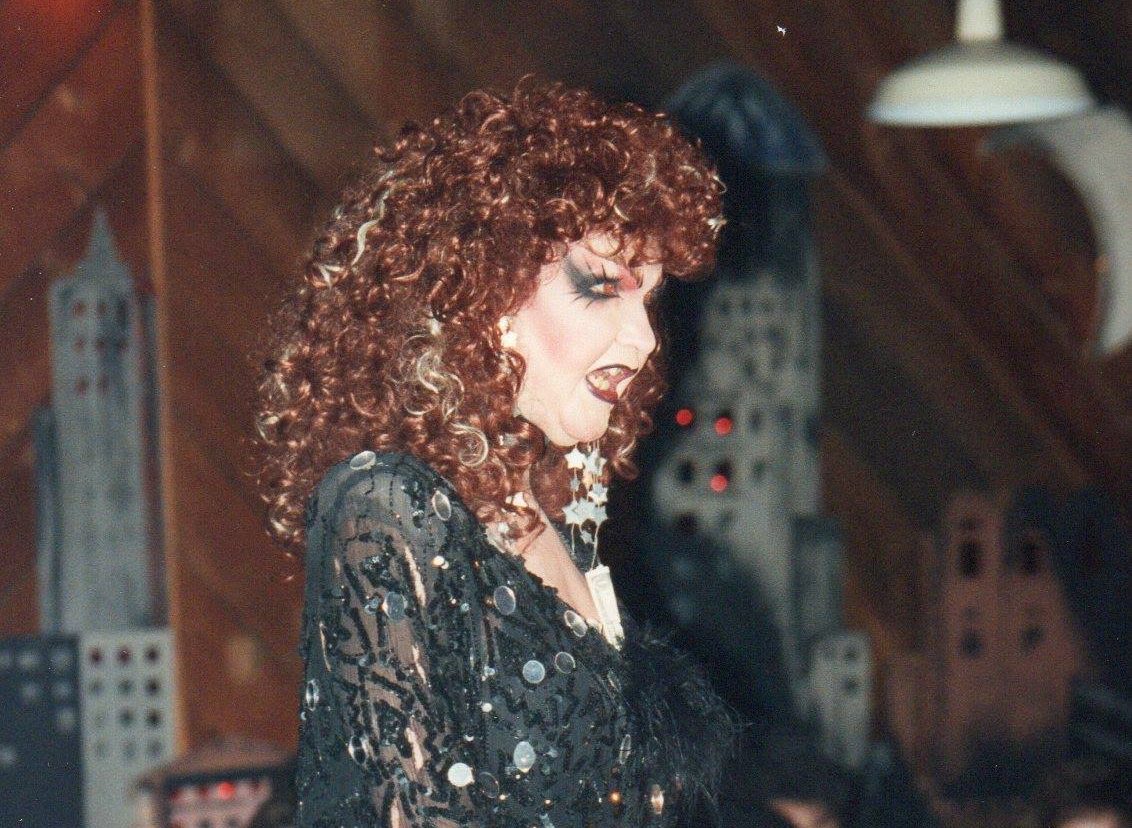 A History of Atlanta Drag Bars

In Atlanta these days, it’s fairly easy to find a gay bar that has some sort of drag show or competition at least once a week. The success of RuPaul’s Drag Race has made the art form even more mainstream and made a city heralded for its drag excellence even more loaded with visible talent. The journey to get to that point, though, has taken some time.

While it’s impossible to list every local establishment that has hosted drag over the years, many have stood out. Acknowledged as one of the first Atlanta bars that featured drag is Sweet Gum Head, a premiere drag bar during the 1970s on Cheshire Bridge Road. It presented entertainers such as Rachel Wells and Lavita Allen. Manning Harris, an Atlanta writer, has vivid recollections of going there frequently, enjoying the performers in a packed house. Its chief competitor during that time was the Locker Room, where Lily White was the headliner. Another performer who made noise during this time was Diamond Lil.

Other early bars of note included Weekends and Illusions, where a young RuPaul got his start, often performing with Lady Bunny, who was RuPaul’s roommate for a while. Numbers, The Cove, The Answer, Chuck’s Rose Room, Hollywood Hots, The Onyx Bar and the lesbian bar, Tallulah’s, were also known for drag acts.

In the late 1980s and 1990s, the Armory and Backstreet became the main hubs for drag. The Armory would hold events with its legendary Armorettes, who began their 41-year-career in 1979. The troupe knew how to entertain a crowd and competition to become an Armorette was fierce. Tony Kearney, also known as Atlanta drag performer Wild Cherry Sucret, was an Armorette from 2000 — 2010, but even he didn’t make it in on his first try.

Meanwhile, Backstreet, literally next door on Peachtree Street and open 24/7, was thriving with its wildly popular (and naughty) Charlie Brown’s Cabaret, which started in 1991 and also featured Shawnna Brooks. “Celebrities used to go to that show, such as Janet Jackson. That place was always packed,” says Kearney. An HBO special on the performer gave Brown and Backstreet even more visibility.

As prolific — and as near to each other as they were — the two bars strived to keep their own identity. “They were not competitors, but were similar,” says Kearney. “But you would never see Motion (from the Armory) at Backstreet or Shawnna go to the Armory. It did not happen. You had your own home turf, and that is where you worked.”

The landscape of the city, though, changed forever in 2004, with the Armory closing that year and Backstreet following suit. These closings sent shockwaves through the community and scrambled the nature of drag. “When those two big bars closed and there were no venues, that’s when people started working with different bars,” says Kearney. “It changed the dynamic. We did things we weren’t used to doing.”

Picking up much of the slack was Burkhart’s, which had started doing drag and gave the Armorettes a home to perform. Other locations that hosted drag events included Blake’s on the Park, the Metro, Jungle, Friends on Ponce and Heretic Atlanta, Drag kings also began performing at bars such as My Sister’s Room.

Richard Cherry, also known as Mary Edith Pitts, is a native Atlantan who has done drag for 30 years. She got her start by entering and winning the Ms. Backstreet 1990 contest. Soon afterward, she started performing at Crazy Ray’z. “I honestly took inspiration from every performer I saw,” Pitts says. “I was like a sponge absorbing everything I could from each performance … The one performer who impacted me most was probably Lily White because she was so totally different than any other performer out there.”

Pitts vividly recalls other places such as Lavita’s and Lipstix, but for her, the Armory and Backstreet were vital. “For me personally, I learned and developed my craft at (those two bars) through the kindness of many, many performers.”

Jim Marks — also known as Bubba Dee — has been doing drag since 1989, the year he moved here. That same year he auditioned to be an Armorette and was part of the troupe until 2001. For 10 years he performed at Nickiemoto’s, as well as regular gigs at Red Chair Atlanta and Amsterdam. Bubba Dee also hosted PALS Bingo. These days Bubba is a regular performer at Lips Atlanta, which hosts drag events five nights a week. “It’s like Vegas style entertainment, like going to the Fox Theatre,” Dee says. “At Lips we see 200 people on any night and at Sunday brunch. It’s an opportunity to see some of the best costumes and drag Atlanta has to offer in a very nice environment.” Unusually, Lips brings in many non-LGBTQ attendees as well.

During the post-Backstreet, post-Armory years, a newer generation of performers has made noise locally and nationally. The most prominent of those is Violet Chachki, who won the seventh season of RuPaul’s Drag Race. Drag shows can be seen at local bars including Blake’s on the Park, Midtown Moon, Heretic Atlanta, Friends on Ponce and Mary’s. The Armorettes are still a force, performing weekly at Midtown Moon and monthly at Heretic Atlanta.

As prolific as drag is these days, with more in the way of diversity, Dee, Pitts and Sucret still believe the drag heyday for Atlanta was in the late 1980s and 1990s. “The bar was raised so high and the diversity of quality drag was legendary,” says Pitts. “Everything from campy (The Armorettes) to glamour (Backstreet, Burkhart’s) was easily accessible to the club goer.”

“Midtown Moon and Blake’s are the bars now that have constant drag shows, three or four days a week,” says Kearney. “But at the Armory and Backstreet, you could go there every day and see a drag show. You don’t see that anymore.”

During those golden years, traveling talent such as The Lady Chablis also visited the area.

Dee — who also cites Heather Daniels, Lena Lust and Tina Devore as some of the longest running drag performers in town — looks back on those years with affection. “It was an amazing time and a lot of fun,” Dee says. “Every week I run into someone who tells me how much it meant for them and their coming out process. People came there and felt they could be themselves.”