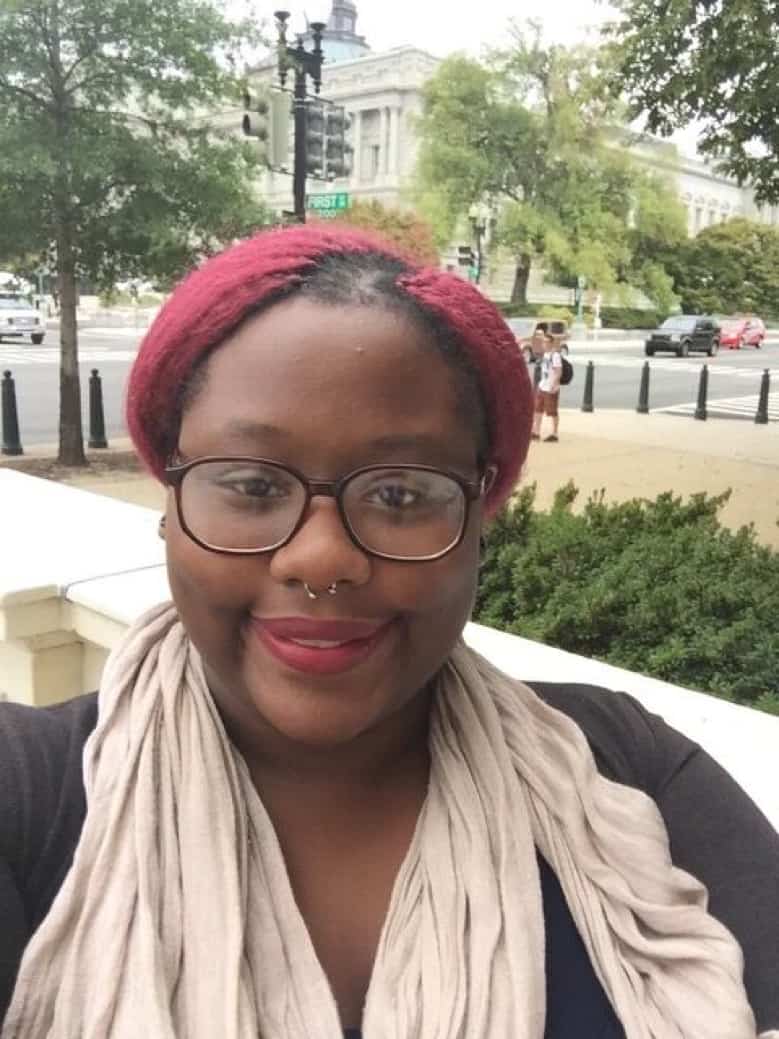 Quita Tinsley, 25, is pursuing her master’s degree in Women’s Gender and Sexuality at Georgia State University while also working (for the past year) as the youth activist network organizer at SPARK Reproductive Justice Now. She received her bachelor’s degree in journalism at GSU, and in 2012, she became involved with SPARK and learned that the reproductive justice movement spoke to all aspects of who she is and includes the struggles she faces as a queer black woman.

While an undergrad, she served as the activism chair for the Alliance for Sexual and Gender Diversity at GSU, and was also an intern at the Atlanta Regional Peace Corps office as the Marketing and Recruitment Assistant.

So, she’s busy. She took some time to talk to the Georgia Voice about activism, how movements are connected, not separate, and how seeing U.S. Rep. John Lewis marching in the rain let her know she was on the right path.

No, no one in my family is an organizer. I come from a family of working class black folks. In the summers my mom would work in the fields to help the family. I learned about organizing through my own lived experience, about living as a black queer woman in the South.

I think it’s different when you’re just trying to survive. My family was teaching me survival skills. My mother calls me every day and is always asking me when I’m going to visit. Now when I visit, I go see my mother and immediate family, and my mom always reminds me to visit the other elders. I know I will probably never move back—it doesn’t feel like home. It was the home I was brought up in.

What attracts you to work for SPARK?

Learning the history of reproductive justice [especially the roles of women of color and black women.] And the queer analysis SPARK gives it, knowing the history and that queer and trans folks’ bodies are also on the front lines. The laws being restrictive to us, health care not being accessible to us.

What about the different movements you are involved in, like Black Lives Matter and Black Trans Lives Matter?

Other movements? For me they are all connected together. It’s hard for me to say I’m a part of different movements. With reproductive justice, you can’t just talk about black folks and not talk about black queer and trans folks. It’s all tied together. But I do think a lot of people do see them as separate. But transgender rights are part of reproductive justice. Black lives, black folks, are on the front lines of being attacked by the state. This is all-inclusive of queer liberation.

What does activism mean to you?

Activism to me means political motivation in whatever avenue works for you. There is a lot of criticism of activism on social media and on the internet, but, no, that is activism. Organizing rallies and getting people to rallies with a tweet is activism. I’m my mother’s only child and my mother had me when she was 38. When I was growing up I didn’t grow up around a lot of young folks, so I took a lot of wisdom at a young age. But I also have learned so much from young folks and my peers and folks younger than me. Coming to SPARK, I learned I can be an activist and at 25 what I say and think matters. I’m always empowering folks, to let them know you have a voice, you have a story, you need to have confidence.

What was the first rally you went to?

The first rally I went to was last year—the CNN rally for Mike Brown. [Some 5,000 people marched to the CNN Center to protest the shooting of Mike Brown, an unarmed black man, by a white police officer, in Ferguson, Missouri. The rally was organized via Twitter by black queer activist Aurielle Lucier, founder of #itsbiggerthanyou.

I’m an introvert and have a hard time being in big crowds. But also, being a black person and knowing how in a political rally you can be arrested kept me away. But last year a group of other friends and queer folks in Atlanta got together and I said this is the one I want to go to. It was very powerful. Coming to the rally with other queer, trans folks of color—my anxiety was lessened, and also being with my partner helped.

I remember seeing Congressman John Lewis marching in a three-piece suit in the pouring rain and I knew I was where I was supposed to be. This is the right time, the right moment for me to be doing this.