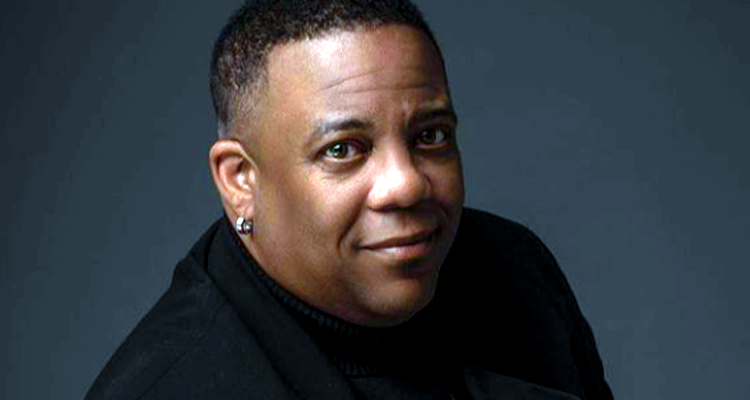 No one embodies Black Gay Pride quite like Amber Moore. The multihyphenate community organizer wears many hats, all dedicated to serving the LGBTQ community and creating a space where everyone, especially Black and brown folks, sees themselves and gets the education and resources they need. We recently sat down with Moore to discuss her involvement with Atlanta Black Pride and In The Life Atlanta, how her work has influenced her understanding of her others’ identities and her own, and the importance of building community over Atlanta Black Pride weekend.

To start, tell me about yourself.

Currently, I wear three hats in the LGBTQ community. I am a founder of Sigma Omega Phi Fraternity, which is the only collegiate LGBTQ fraternity or sorority in the United States that’s on campus. I run as President and founder at this time. I also wear the hat as executive director for Real Bois Talk, a program that came out of the Health Initiative that is now a nonprofit on its own. It is for African American masculine-identified gay females’ health disparities and wellness. My third hat is Atlanta Black Pride. I’ve been on the board for In The Life Atlanta since 2013. In The Life Atlanta is the original organization behind Atlanta Black Pride weekend.

Between 2015 and 2017, In The Life’s president Ricky Smith had the vision to take In The Life Atlanta to a foundation level and pull the program of Atlanta Black Pride Weekend [to make it] an entity that can stand on its own with the backing of the In The Life Atlanta foundation. I became the COO and Vice President of Atlanta Black Pride. I go out and talk to our sponsors, I make sure our programs and events are all in place, I also do some of the year-round programming. I’m the day-to-day person.

To go back a little bit, how did you first become involved with In The Life?

Because I was a part of the Rush Center, I did work for the Atlanta Pride Committee under James Sheffield and Buck Cooke, and I worked for the Health Initiative as the program manager of Real Bois Talk at the time. I was in the mix of everything. When my job changed at APC, I realized I still liked doing the festival kind of stuff, so I joined in with Atlanta Black Pride … They said they had board positions and I interviewed for it.

For the first three years, I was a seat warmer. I was doing my [Black masculine LGBTQ women brunch] event during Atlanta Black Pride, I was very much working on that. Then I was like, ‘It’s time for me to step up.’ So that’s how I became [COO].

Amazing. You’re obviously incredibly involved with the LGBTQ community, so to shift to your personal journey, how did you get to this point of involvement? How has your identity manifested and changed because of this work?

Because I’m a masculine female, I’ve been able to embrace more of my masculinity and feel comfortable with who I am, but I’ve also been able to help others get there. It’s not so much that our programming is for Black lesbians who are masculine. [Through this work], I’ve been able to better understand the transgender community, my gay male community, my bisexual community. Because of being in this role, my knowledge has become broader. I’m not transgender, I’m not bisexual, but I carry them with me. So, I make sure that I get as much of my own personal education. I’m interested to know because I want to serve that community in the best light I can.

It also gave me an understanding of what kind of education we as Atlanta Black Pride are responsible for giving to the community — and I don’t mean just the Black and Brown LGBTQ community, but our community as a whole. For us, we’re looking at the fact that when it comes to the Black and Brown LGBTQ community, we’re not getting the resources, education opportunities, and other things that our white counterparts are.

If I can connect one small business to get exposure, if I can put a podcast out there, if there’s an artist that I can put on my stage and give them more opportunities, that’s my joy right there. When we put a stage together, the people we put on that stage are us. I want you to be in my community.