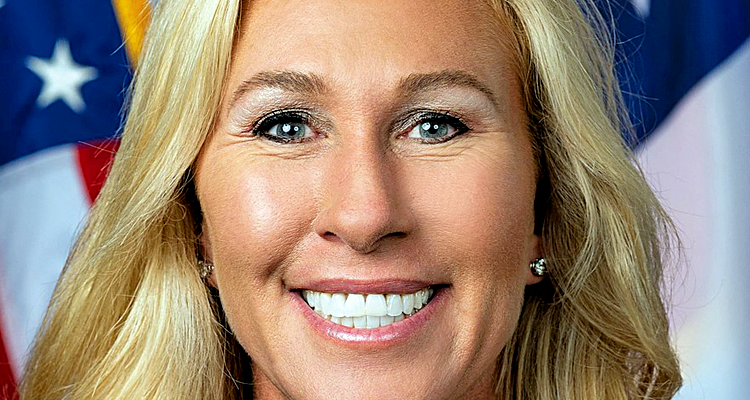 In its legislative sessions earlier this year and last, members of the Georgia General Assembly proposed several anti-LGBTQ bills and sneaked one into law.

House Bill 1084, Georgia’s “critical race theory” bill, passed in April this year and is aimed at controlling conversations about race in public schools and seemingly banning discussions of critical race theory in classrooms. Republicans included a last-minute change to the bill that created a committee to determine if trans student athletes should be able to participate in public school sports, according to Georgiarecorder.com.

Prior to sneaking the provision into the “critical race theory” bill at the last minute, several bills that were explicitly created to ban trans athletes failed to become law in Georgia.

In May of this year, trans student athletes were banned from participating in public school sports, meaning that if they choose to play, they are forced to play on the team that aligns with the sex they were assigned at birth. The ban was enacted by the Georgia High School Association, which oversees hundreds of athletic programs across the state.

All four bills died in committee, meaning they weren’t voted on and thus won’t become law. These bills included HB 276, HB 372, and SB 435, the “Save Girls Sports Act.”

After the bill was announced, thousands of Georgians called their senators to complain about the bill, according to Georgia Equality, and high school students in DeKalb County participated in a national walkout protest over anti-LGBTQ legislation.

Another bill that died was the Vulnerable Child Protection Act, which aimed to strip gender-affirming health care from trans youth.

Unfortunately, a bill introduced by Democrats to prohibit the use of the gay and trans panic defenses also died in committee.

A year prior, the state did pass antidiscrimination legislation in the form of the 2020 “Georgia Enhanced Penalties for Hate Crimes Act.” The law prohibits discrimination on the basis of “actual or perceived race, color, religion, national origin, sex, sexual orientation, gender, mental disability, or physical disability,” according to Georgia Equality.

As long as anti-LGBTQ sentiment has existed, anti-LGBTQ laws have existed. While attempts to legally persecute LGBTQ people are not new, the past two years have seen a trend of Republican-led states across the country introducing extreme antiabortion and antiqueer legislation.

This trend is exemplified by versions of the “Don’t Say Gay” and “Critical Race Theory” bills sweeping across conservative states.

Some bills use positive language in the title, like the “Save Girls Sports Act,” the “Vulnerable Child Protection Act,” and the “First Amendment Defense Act” of 2016. This wording, like the phrase “pro-life,” positions these laws as virtuous on the surface, as though these laws are actually about defending children, the right to life, and the First Amendment.

Rhetoric describing queer people as predatory and dangerous to children and positioning conservatives as the protectors of children is being used by extreme right-wing figures like Marjorie Taylor Greene, who tweeted that it should be illegal for kids to go to drag shows in June of this year. Greene also harassed drag queens reading to kids in a library in 2019.

Preparing for What’s to Come

As social movements for the working class, queer people, and people of color continue to rise, so will the populist, reactionary politics used by figures like Trump and Greene. In countries like the U.S., Brazil, India, and Italy, increasingly right-wing views are becoming normalized. In the U.S., conservatives are doubling down on all their stances, especially the anti-LGBTQ ones.

Queer people and allies can work to combat anti-LGBTQ legislation and ideologies in various ways: protesting, educating our friends and acquaintances, using social media campaigns, and calling on celebrities and corporations to boycott the state. These techniques worked in 2016 by pressuring Republican Governor Nathan Deal to veto the First Amendment Defense Act, which would have allowed businesses to discriminate against LGBTQ people using the basis of religious freedom.

Other ways to combat anti-LGBTQ sentiment include direct action, creating a strong sense of community, civil disobedience, voting, advocating for representation, becoming involved in activism, and volunteering your time to various pro-LGBTQ organizations.