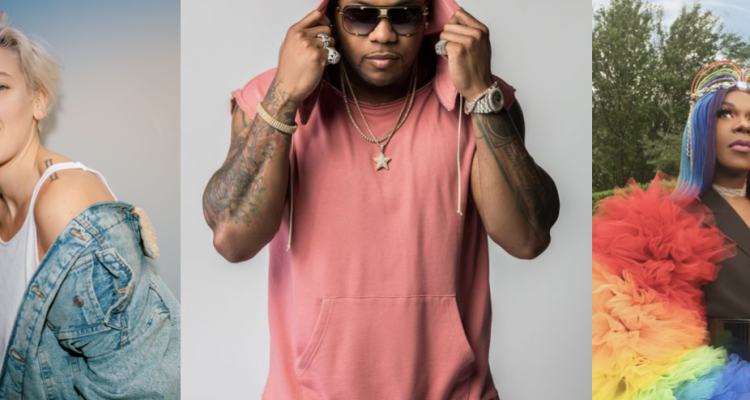 The Atlanta Pride Committee (APC) has announced the official entertainment lineup for this year’s Pride festival.

This year’s headliners are Flo Rida, Big Freedia, and Betty Who.

Flo Rida is one of today’s most visible and recognizable superstars, a true international icon and history-making hip hop hero. Since bursting out of the gate over a decade ago with the RIAA 7x platinum certified hit, “Low (Feat. T-Pain),” – which spent ten consecutive weeks atop the Billboard “Hot 100” – the Miami-based rapper has unleashed an undeniably amazing string of record-breaking singles including seven other multiplatinum hits. Grammy nominated, Flo has sold over 100 million singles and made numerous television appearances. Flo Rida is also an entrepreneur and philanthropist through his Big Dreams for Kids Foundation.

Big Freedia is riding high, fresh from her recent appearance on the bass-heavy summer anthem by Beyonce, “Break My Soul,” which sample’s their 2014 track “Explode.” In 2020, the “Queen of Bounce” released a new EP, Louder. It came on the heels of their acclaimed appearances on Drake’s “Nice for What,” and another Beyonce hit, “Formation.” Her recent six-song EP, Big Diva Energy, emits the recurring positivity and vibrance she’s known for. The EP acts as a statement, imploring people to work hard, play harder, and to pause in order to love and enjoy life through their own “Big Diva Energy.”

Betty Who, is an Australian singer, dancer, and multi-instrumentalist who has experienced practically every dimension of pop cultural visibility: going viral on the bombastic strength of 2014 single “Somebody Loves You,” soundtracking Netflix’s Queer Eye reboot with “All Things,” forming deep ties with foundations like GLAAD and the Trevor Project, and becoming an LGBTQ icon due to her infectious, always-inclusive artistry. Moving from the rigid major-label machinery to rediscovering her power as an independent artist, Betty Who is primed to kick off her latest, most triumphant chapter on her fourth studio album, Big, which she wrote in its entirety. On Big, Betty sings with as much pop exuberance as she always has but her latest – and greatest – is the most open-hearted and personal work she’s ever produced. 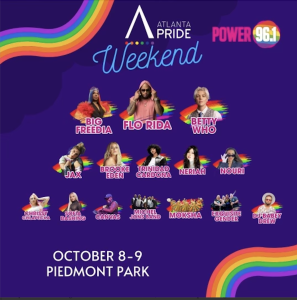 “Each year, we strive to include talent from across the community that provide a wide range of entertainment for festival goers,” APC Executive Director Jamie Fergerson said in a statement. “2022’s lineup will not disappoint! We are so excited to gather again with our community after two years of virtual celebrations. Despite two challenging years, we are pleased to deliver our biggest lineup ever – still free of charge to our community thanks to the support of our sponsors and partners.”

This year’s Pride festival will be happening October 8-9 in Piedmont Park. All entertainment will tale place on the Coca-Cola and Gray Television stages. For more information, visit atlantapride.org.