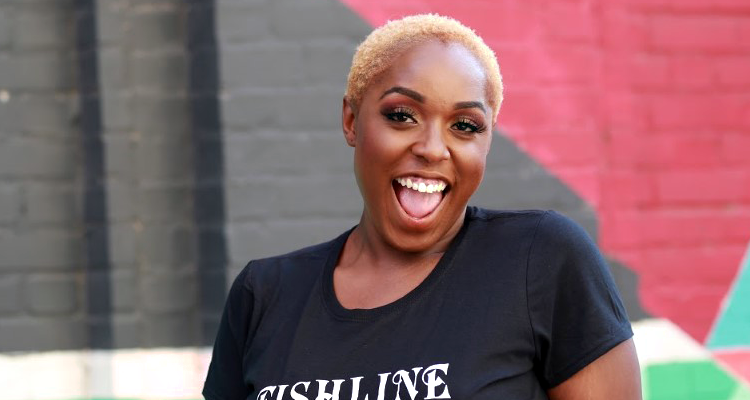 For years, Black queer people have been at the forefront in the fight against mass incarceration and for criminal justice reform. One such organization doing the work in Atlanta is the Solutions Not Punishment Collaborative (SNaP Co). SNaP Co. is an organization led by Black trans and queer people fighting for community safety and investment, queer-inclusive leadership, political power, and prison abolition.

“We develop the leadership of our folks by building community organizers that tackle campaigns that essentially move us toward abolition,” Toni-Michelle Williams, the Executive Director of SNaP Co., told Georgia Voice. “We know there’s a world without police, and that’s a world we’re fighting for. We’re also fighting for a world where Black people are free and Black trans women are able to live and thrive without fear of being murdered or prosecuted.”

The organization was founded back in 2013 in response to an ordinance introduced by the Atlanta City Council that would prohibit convicted sex workers from living in the city. SNaP Co. and other queer organizations — including LaGender, Trans(forming), the Racial Justice Action Center, and Women on the Rise — fought back to protect Black trans sex workers and defeated the ordinance.

Today, SNaP Co.’s work encompasses the needs of sex workers as well as people living with HIV and folks who are incarcerated, profiled, or harassed by police. Along with decriminalizing sex work, SNaP Co.’s goals include ending the criminalization of HIV, saving the Housing Opportunities for Persons with AIDS (HOPWA) program, investing in Black and Brown transgender leadership, and alleviating homelessness and economic marginalization. They work toward these goals through a series of initiatives: the Taking Care of Our Own Fund, a program providing funds to Black trans and queer Atlantans; SNAP4Freedom School, a monthly educational and training series focused on building a Black trans feminist framework for practical abolition; and Break Up with 12, a contest offering opportunities for Black musicians to submit songs “rooted in Blackness, self-determination, and freedom from police brutality.”

SNaP Co. has also developed the Atlanta Trans Leadership Project with the goal of building a coalition of Black trans and queer community leaders. From the project has emerged a new policy agenda called Trans Agenda Policy and Playbook.

“[The Trans Agenda Policy and Playbook…] provides some concrete recommendations to the City of Atlanta, particularly to the new mayoral and council candidates,” Williams said. “We’re hoping folks are engaging with us in conversation on these issues, from violence against trans and queer people of color to overpolicing in Black trans and queer communities.”

Criminal justice reform has been deemed a political priority by many, including SNaP Co. The organization believes that reform is a step toward abolition and dares to imagine a world without police.

“We know that police don’t keep us safe, they never have,” Williams said. “Incarceration only perpetuates mental health crises and issues within our health care systems and leads to murder and the separation of Black families. We know the world can be different, we know that people don’t deserve to live in cages — particularly when we’re talking about offenses in Atlanta like spitting on the sidewalk, solicitation, idling, and loitering. SNaP Co. believes that if we divest from the Atlanta Police Department and the criminal legal system and invest more into the communities that have been harmed by these systems, then folks would get the resources they need to survive.”

Police reform is an LGBTQ issue; according to a report from Reuters, the proportion of incarcerated lesbian and bisexual women is eight times greater than the 3.4 percent of U.S. women who identify as lesbian or bisexual. Furthermore, four in 10 Black LGBTQ people reported experiencing police discrimination in a study published in Social Science and Medicine. As Williams notes, it’s important to center people with intersectional, marginalized identities — like Black queer people — when searching for solutions to issues like mass incarceration, because when we do, “we’re able to create policies that are inclusive of everyone.” So, it’s no surprise that Black trans people like Williams have been at the forefront of the revolutionary community organizing that’s brought about reform in the city.

“We’re at a place in our movement where we should be celebrating and supporting the leadership of Black trans and queer folks because we have been leading this work,” she said. “Criminal justice reform in Atlanta is on the backs of Black trans women. Without the work of Black trans folks, we wouldn’t be closing the jail right now. We wouldn’t be talking about what it means to reimagine public safety in Atlanta.”

To learn more about the Solutions Not Punishment Collaborative, visit snap4freedom.org or follow them on social media @snap4freedom.