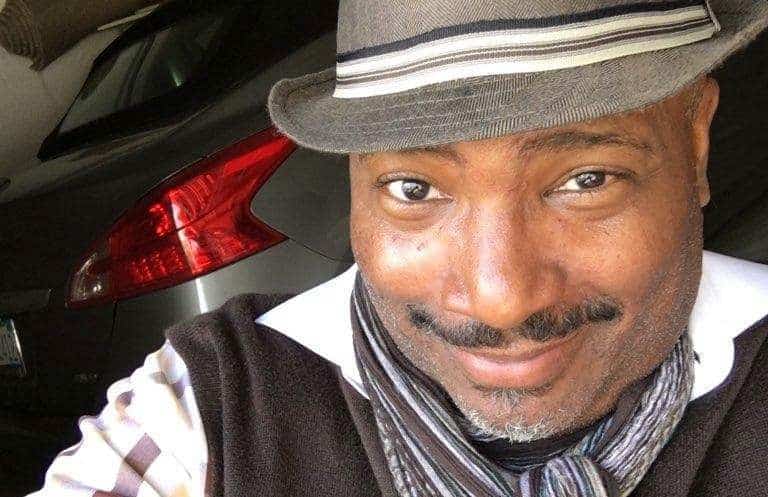 Newly arrived in Atlanta in 1996, Jimmie Scott Robinson had a simple goal: He wanted to date openly, party thoroughly and basically have the type of carefree, rollicking life a man could only find in the LGBT mecca of the South.

Little did he know he would do that and then some, earning the title of LGBT activist, community leader and even unofficial “Mayor of East Atlanta” before unceremoniously passing the torch and disappearing from the scene in 2005.

Over a decade later, his life looks very different. For one, he lives back in his hometown of Detroit and rarely gets back to his old Georgia stomping grounds. The activist life is largely in his rearview mirror, traded in for simple joys like a gospel radio program, his gradually improving physical and mental health and his loving wife.

Years later, Robinson’s name still sparks recognition in the city. And despite lots of curveballs in the intervening years, Robinson, who is bisexual, said he wouldn’t change a thing.

“I’m grateful for the lessons I learned,” he recently told Georgia Voice.

Robinson was no activist when he came to Atlanta.

Indeed, the 28-year-old former Marine just wanted a place where he could be himself.

The city was everything he had hoped for. Then, after a chance encounter at a press conference, he found himself being invited to work with some of the city’s top names in LGBT activism.

He would soon lead the East Atlanta Community Association, growing participation and smoothing neighborhood tensions. He sat on the board of Georgia Equality and was pivotal in establishing the Black Gay Pride march, a precursor to today’s expansive black Pride celebrations.

When he wasn’t on the frontlines, Robinson was busy honing his TV production skills on a series of local shows.

Yet in 2005, at the top of his game, the outspoken advocate packed up and left for his hometown of Detroit.

We caught up with Robinson recently to get the backstory and learn what keeps him busy these days.

How did you end up on the frontlines of LGBT happenings in Atlanta?

My lover and I had bought a house over in East Atlanta. The neighborhood nearby had a conflict with a minister, who planned a press conference to stop the so-called white gay and lesbian takeover. I went and for some reason, something just came out of the inside of me — I shouted out and I called him a hypocrite. I said, “That’s not right, God’s love is unconditional.” Before I knew it, cameras were in my face. I was tall and sexy then! People started calling me up and asking me to help them. It caught me completely off guard.

For years you were everywhere in Atlanta — then you weren’t. What happened?

In 2003, I started focusing on TV production. I worked on the Taylor Lifestyle Report, On the Road To Success and Black Pride TV. Then I was diagnosed with HIV. I went through a lot of depression at that time. I kept working but my energy dropped. By late 2004, God told me it was time to come on home.

So what have you been doing in the Motor City?

When I got here I planned to live with my family, but that didn’t work out. I found myself in a veteran’s homeless shelter, which was a very humbling experience. Eventually, I got into a position with Goodwill Industries. They promoted me several times and I went on to a few positions working with kids, training them and getting them ready for the workplace. I also liaised with the business community. That went on for a while — and that’s where I met my wife. She was a subcontractor.

As former de facto “Mayor of East Atlanta,” what do you think of the swirl surrounding a new mayor for Atlanta?

When I saw that Shirley Franklin endorsed Mary Norwood, I didn’t know what was going on! Atlanta always has a black mayor. But I do think voters have to choose the best person for the job. Voters just need to follow their heart.

You were involved in so many different things here in Atlanta — what are some of your proudest moments?

On the civic side, it was moving the East Atlanta Community Association meetings to a local senior citizens high rise. That really brought the community together. I’m also proud of my work on the Georgia Equality board. We really got more gay people politically involved and did a lot of outreach to people of color.

What are you passionate about now?

I’m working on relearning how to walk properly! In 2012, HIV started attacking my nerves and I was also diagnosed with lymphoma, so I went through cancer and chemotherapy. This past year I had two hip surgeries. I’ve gone through a cane, a walker, a scooter. But God has gotten me through. A few years back, I went back to school and took some broadcast classes, and eventually started producing a gospel radio show. I had to take a break, but I produced a few years of solid radio throughout all of this.

You’ve been through a lot of ups and downs. Is there anything you would have done differently?

I’d like it just the way it was. There’s no way I could have predicted having a civic career. But I ended up in the room with so many powerful people, at a time when black people weren’t really present. So I wouldn’t change anything — I had fun!