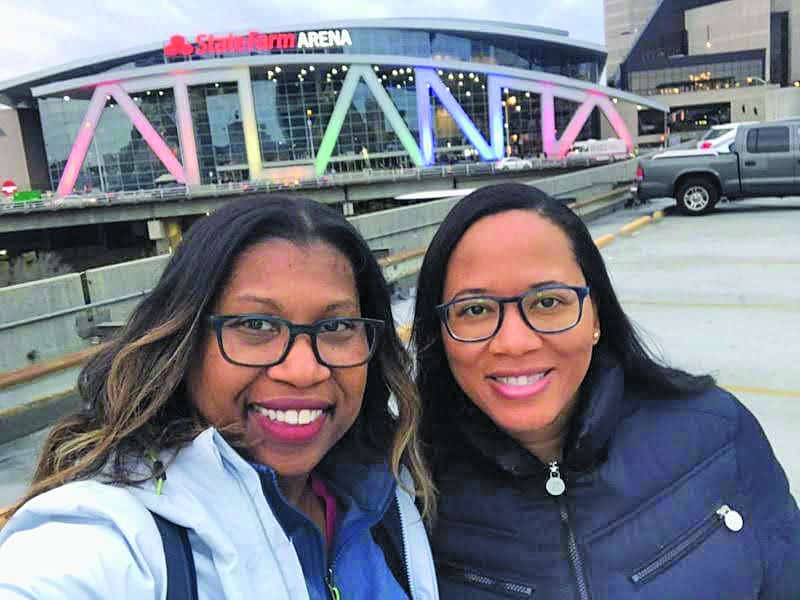 On June 26, 2015, a simple court decision changed millions of people’s lives forever, including that of Georgia residents Petrina Bloodworth and Emma Foulkes. Not only was this the day they were finally able to marry after ten years of partnership, it was also the day they made history as the first same-sex couple to marry in the United States after it was legalized nationwide. Now, they look back on a historic day and more than three years of happy marriage.

On that June day, the couple married “literally minutes” after the Supreme Court decision legalizing same-sex marriage was announced. “We were in the judge’s chambers when the decision was read,” the couple told the Georgia Voice. “Our son was holding our place in line – first – just in case other people showed up.” When the two of them received the news from Jeff Graham of Georgia Equality that they had been the first in the country to wed, they were both excited but also a bit overwhelmed.

“It was very exciting, so much that we could not comprehend the decision right away,” Petrina recounted. “I’m an introvert and after talking to the press and taking pictures at the courthouse, we asked someone to sneak us out of there,” Emma added. The two had a small reception at a restaurant with a few close friends, and their marriage was honored at an Atlanta Dream game afterwards, where Emma was already being recognized as the Inspiring Woman of the Game.

Petrina recalled the national hype around their marriage: “Our phones were blowing up the whole time,” she said. “Our wedding day footage was on major TV networks and in newspapers across the nation. What a day for us and for all LGBTQ people and their families!”

When asked how married life is now, they both answered with excitement: “F’ing great,” according to Emma and “Awesome sauce,” said Petrina. After first being married, Petrina said they had been together for so long that the only difference “was being able to say, ‘my wife.’” However, after a few years of marriage, the couple says it caused a shift in their relationship.

The wives noted that they’ve learned a lot in their years of marriage about each other and their love. “{I’ve learned that] we go hard in the paint,” Emma said. “We are very protective of our family, our privacy, and our sanity.” The two of them also said that marriage isn’t always easy.

“[The hardest part of being married is that] you’re forced to face your faults and imperfections. I still like to imagine I am perfect,” Emma said. “Marriage isn’t a Disney story where everything will always be perfect,” Petrina added. “Perfection doesn’t exist.” However, the struggles they do face – “PMSing at the same time so we’re both irritable,” and “the freaking marriage penalty as it relates to filing tax returns” – are far overshadowed by the rewards. “Knowing the person is ride or die and has your back – for better, for worse, for richer and poorer, in sickness and in health – [is the most rewarding thing],” Emma said. “[The] trials and tribulations have made me honor those vows more and more every day.”

Emma and Petrina had some wise advice to share with newlyweds. “Protect your marriage from all outsiders,” said Emma. “Find one level-headed confidant that has the ability to tell you when you’re wrong.” Petrina added, “Pick your battles. Everything may not be a deal-breaker. If you want to be together, then breaking up is not an option and never on the table for discussion.”

As for those unsure of getting married: “If you’re not sure about getting married, don’t,” said Emma. “There’s no reason to rush … Live your life and find a best friend to join you on the journey. I feel like that’s what I have, a best friend. Every day there’s the possibility of a new adventure or another first in our life.”