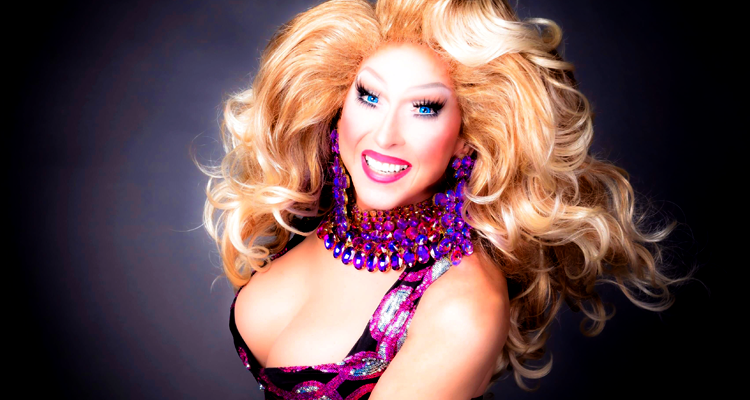 This fall, a popular contest for up and coming drag queens is expected to make its return: the Miss New Face All-Star competition and Miss New Face of Atlanta pageant, which spearheaded the careers of the likes of Violet Chachki and Nina Bo’nina Brown.

Both competitions were the brainchild of the late Regina Sims. Sims was a well-known mentor to drag queens and transgender women who brought the show to Friends on Ponce, the bar she also managed. Sims passed away on April 26, 2020, from cancer, but before her death she passed her beloved Miss New Face All-Star competition and pageant on to a former contest winner and friend, Charmaine Sinclair Dupree.

In an interview with Georgia Voice, Dupree recalled the time when Sims was hospitalized for a fall and she asked Dupree to host the show while she was out sick. Not long after that initial call, Sims called Dupree again, this time to let her know that she would not be returning to the show or the bar that had been her home and family for years. It was during that call that Sims told Dupree it was her wish for Dupree to take over the show and the pageant.

Dupree choked up remembering that final phone call from her friend earlier this year. “I broke down in tears,” Dupree recalled. “It wasn’t just someone acknowledging my experiences. Someone believed in me, noticed me, and thought I was good enough.”

Dupree won the Miss Face of Atlanta pageant at Friends on Ponce in 2015. It was during her reign that she was offered the position of show director to the pre-show. She was also host and MC of the talent competition that takes place the second Sunday of every month.

While there is excitement around the return of the pageant, Dupree said that this month, the goal is to hold a benefit show in memory of Sims. She has been in talks with the owners of Friends on Ponce and said they are hopeful that the event can be held in October. Many bars and clubs are beginning to open and host socially distanced shows after the COVID-19 pandemic caused businesses, bars and clubs to close temporarily when many cities were shut down because of the virus.

After the Sims benefit show is held, the Miss New Face of Atlanta pageant will be held later in October or November. Winners from previous shows prior to COVID-19 shutdowns will compete for the crown. Dupree will carry on the legacy of her friend, bringing newcomers in all forms of drag into the spotlight and allowing them a platform for artistic expression.

That’s what drag is for Dupree: an artistic and creative outlet. A makeup artist and hair stylist by trade, Dupree also worked as a cocktail waitress at the Armory in the late ’80s and ’90s. It was there that she met and became friends with a number of drag performers, many of whom helped to shape the glamour queen persona she exudes on stage.

Back then, Dupree had no desire to become a drag performer. She did admit to wanting to be an actor, but she had problems remembering lines. She thought about being a singer, but had to concede that her voice wasn’t the best. So she dipped her toe into drag after helping a friend with a duet and solo drag act. For the solo, she wowed the audience with a tearaway reveal costume. A few years later, in 1994 or 1995, Dupree entered a talent show and won first place, but still wasn’t ready to commit to diving fully into the world of drag. Still, she enjoyed the attention and accolades from the audience.

Now, decades later, Dupree is well-known for her elaborate wardrobes and accessories and is working to mentor and help other entertainers hone their craft.

In an effort to combine two of her passions — entertaining and raising money for Pets Are Loving Support (PALS) — Dupree performs at various charity events. That isn’t where her charity ends, though. Typically, Dupree sells rainbow rhinestone jewelry for folks to wear during the Atlanta Pride Festival, but with no in-person festival this year, she’s transitioned to selling rhinestone masks. The masks can be purchased through her Facebook page during some of her Facebook Live broadcasts or at Midtown Moon every Wednesday in October during Birdcage Bingo.

Proceeds of mask sales will go to PALS and be presented to members of the organization at the Christmas show at Lips Atlanta later this year.

Dupree invites all entertainers in the metro Atlanta area, as well as cities outside of Atlanta, to come showcase their talent in the Miss New Face All-Star competitions and take home the crown. For more information, contact Dupree on her Facebook page or visit friendsonponce.com/events.