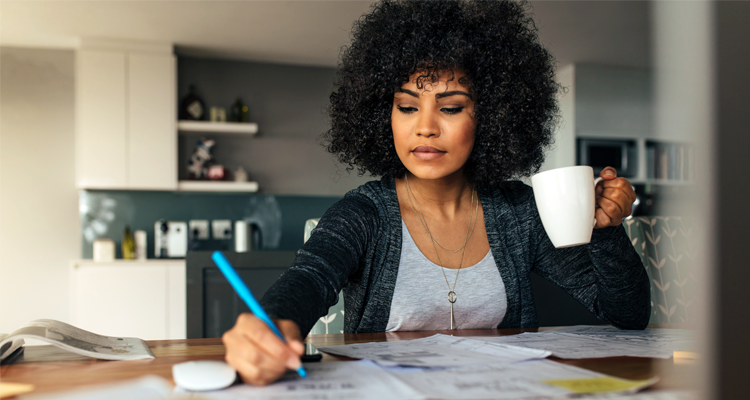 COVID-19 Brought Remote Work, But It Might Be Here to Stay

The costs of rent and homeownership have risen drastically since the beginning of the pandemic. These fluctuations are typical in real estate, but price increases have been exacerbated by COVID-19 and global conflicts, so how are they affecting jobs in the United States?

It is significantly easier to find a job now than at the beginning of the pandemic, a side effect of “The Great Resignation” that has been ongoing since 2021. While many offices are trying to get their employees back in the office, high rent and gas prices may be prompting people to quit their in-person jobs and opt for remote positions instead.

Real estate prices, from rent to down payments, are seldom stable for a period of more than a few years in the United States. The housing market here operates in a “boom-bust” cycle, meaning that there is a period of significant growth (boom) in the economy, which translates to people buying and selling houses more quickly or signing leases with higher rents. However, this high does not last, and as the economy hits a “bust,” which can include job loss, a decrease in currency value, and an increase in the price of gas and other essentials, the real estate investments and commitments made by many people become unaffordable, property loses value, and people can lose their homes.

Over the past two years, Americans have seen dramatic changes in the housing market. In Atlanta, the median cost of a house has risen 20 percent since October 2020 and 40 percent since the autumn of 2019. The average cost of rent in the city has increased by 22 percent since January 2021. Additionally, the national average gas price has increased by 78 percent since 2020. That said, not all housing markets are created equal, and there are still disparities between the cost of living in smaller or rural areas than within a large city like Atlanta. The average rent in Atlanta is approximately $1,800 for an apartment that is around 1,000 square feet, whereas living in Cumming or Warner Robins will cost between $650 to $700 a month.

If people can work for a company in Atlanta that offers remote options but pay less than half the rent they would if they worked on site, why opt for a job that would have them relocate to somewhere more expensive or spend hundreds of dollars on commuting every month?

There are several ways this emerging trend could impact the job market in the future. Some companies, wanting to have their employees in the office, may increase their salaries to make living within commuting distance more financially feasible, though they may suffer workforce losses due to their decision.

Other companies may choose the less expensive option of allowing their employees to work from home, and they may even benefit from that. Vistaprint, for example, is a company that used to be headquartered in Boston, but chose to leave its $9 million office space to go fully remote. Now, that nine million dollars can be invested elsewhere in the company. One Stanford study of more than 16,000 participants found that working from home increased productivity by an average of 13 percent. There are downsides, however, as research from the Harvard Business Review found that companies that followed a “work anywhere” model experienced a 9.2 percent reduction in communication volume between employees.

In March of this year, President Biden urged Americans to return to their in-person routines, saying “We can end our shutdown of schools and businesses,” and also encouraged Americans to “fill our downtowns,” referring to another impact of this trend: the emptying of cities. Since 2020, cities have experienced significant losses to their populations and surrounding suburban and rural areas have seen similar levels of increase. Without the need to commute, the less expensive and potentially more idyllic living situations in nonmetropolitan areas seem to be appealing to people. One of the primary concerns regarding this trend is how it will impact the culture of these cities; what will Times Square be if it’s not full of New Yorkers?

And while this relocation wave has been helpful to some local businesses in less-populated areas, it may end up causing housing prices to inflate significantly in areas that have traditionally been affordable, potentially causing longtime residents to have to relocate due to increased living expenses.

While some reports are showing employment, particularly in-person, return to pre-pandemic norms, the increased cost of living and commuting is a factor in some people’s decisions to stay at their jobs or quit.

The long-term effects of this trend are hard to predict, but the affordability of remote work raises the question: will we ever see a full return to in-person office jobs?