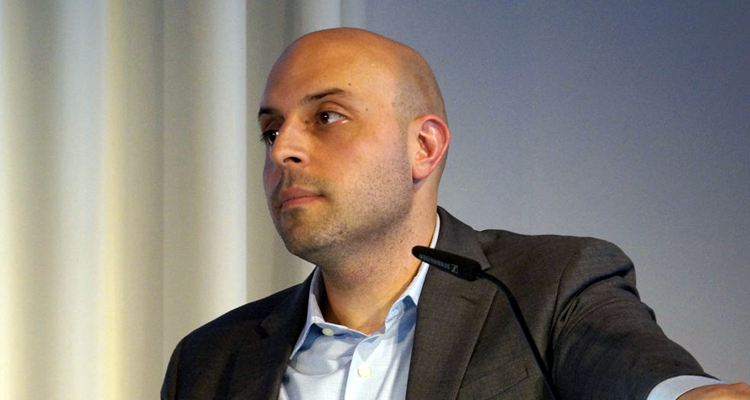 This intersection between the LGBTQ liberation movement in Palestine and the greater collection of Palestinians who are campaigning for their country’s right to act as a sovereign nation is what Emory professor Dr. Sa’ed Atshan has focused his research on in his recent book, “Queer Palestine and the Empire of Critique,” inspired by his own experience as a queer Palestinian man. After receiving his doctorate from Harvard University, Dr. Atshan joined Emory University as an associate professor of anthropology in the fall of 2021. He has spent his career extensively researching and writing about Palestine and the ongoing oppressive systems its citizens experience under Israeli colonialism.

“People are often surprised that there’s an LGBTQ movement in Palestine; it would be nice for people to know that queer people exist in Palestine, just like in any place,” Dr. Atshan told Georgia Voice. “This is a movement that is really thinking about how we wage two struggles at once.”

These two struggles are the settler-colonialist conditions that are imposed by the Israeli government and the homophobia that they experience within their own homes and Palestinian communities. But while this community may not be widely known in the rest of the world, both Palestine and Israel are very cognizant of their presence. Queer identity, Dr. Atshan explained, has been weaponized by the Israeli military in attempts to further spy on Palestinian communities. Closeted, queer Palestinians will be targeted by the Israeli military, which will threaten to out an individual unless they agree to act as an inside agent for Israeli intelligence forces. Essentially, these queer Palestinians are faced with the choice of losing their community due to their identity or becoming an actor for a regime that actively harms that same community.

The blackmailing of closeted queer Palestinians is not the only way the Israeli government weaponizes sexuality, Dr. Atshan explained, as his research has found consistent patterns of “pinkwashing” within Israeli advertising. Pinkwashing, Dr. Atshan explained, is a term used by queer Palestinian activists to describe “a kind of propaganda that supporters of the right-wing Israeli state use to draw attention to a purported advanced LGBTQ rights record in Israel.” This strategy, he says, is used to distract people from the violation of human rights carried out in Palestine by the Israeli state.

“The argument is very simplistic,” Dr. Atshan said. “[it is] that Israel is a gay haven, that Palestinian society is backward and homophobic, and therefore that the Western liberal subject should support the former at the expense of the latter.”

Palestinian activists have been aware of this strategy for years, as evidenced by a 2011 New York Times op-ed, “Israel and Pinkwashing”, by Sarah Schulman. Pinkwashing is problematic because it erases the complexities of queer experiences in both Israel and Palestine, as the experiences of a community cannot be summarized in one sweeping statement. These experiences, Dr. Atshan pointed out, are not homogeneous, as religion, socioeconomic class, and home life are all influential on an individual’s queer experience in either society.

While the queer Palestinian community has long been overlooked, much to the detriment of that community, Dr. Atshan says that newer generations are bringing the conversation to the forefront. One change that occurred during his lifetime is the newfound use of a neutral Arabic term to describe a queer individual (مثلي الجنس  — mithli aljins), whereas he grew up only ever hearing derogatory terms. More than that, younger queer Palestinians have been able to debunk the notion that they are all collaborating with Israeli forces and have even been able to forge alliances with nonqueer civil rights activists in Palestine. These collaborations are building communities committed to tolerance and acceptance, creating safe spaces for all Palestinians.

In the words of Dr. Atshan, “these young people are the hope.”

If you are interested in Dr. Sa’ed Atshan’s research, “Queer Palestine and the Empire of Critique” is available for purchase through the Stanford University Press website and on Amazon.