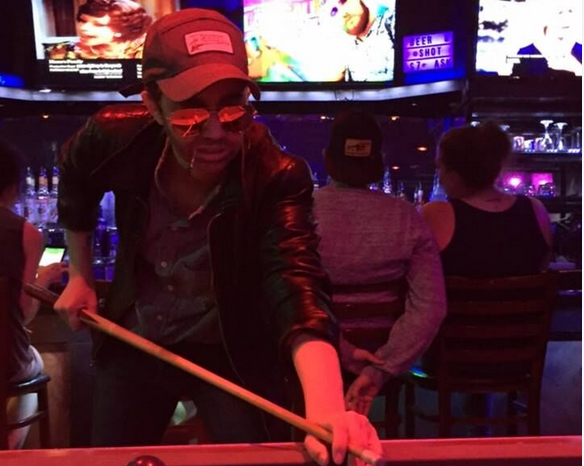 Drag King For A Night

When I decided to become a drag king, I thought I was supposed to actually pass as a man. I imagined my drag foray as a day without catcalls, unsolicited body commentary, and mansplaining. Being a drag king seemed like a disguise, an escape from the social baggage that our culture attaches to female bodies. I had big plans: I would adjust my junk in public. I would spit on sidewalks. I would ignore the distinct, patriarchal pressure placed upon women to be polite, pretty, small, and nice. 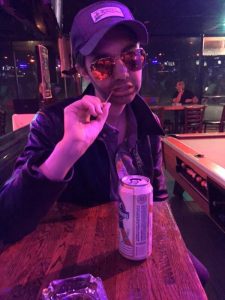 However, after some conversation and internet research, I quickly realized that being a drag king isn’t about passing as male. It’s about performing masculinity. For both kings and queens, drag is a gender performance, an exaggeration of traditional binary stereotypes, and a deconstruction of their perceived permanence. Drag destabilizes our monolithic gender standards and challenges us to redefine our assumptions about masculine and feminine norms.

I considered fashioning myself into a modern incarnation of Detective Philip Marlowe or indulging my love of the Western genre by channeling John Wayne. I walked into my local Goodwill with an open mind, and at the end, I emerged as Tank, an unshaven, blue-collar mechanic with a backwoods lineage and an insatiable thirst for domestic beer. 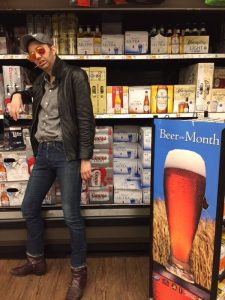 After setting a new personal record for makeup expenditures and getting into costume, I went to a fairly empty gay bar where I played pool, gnawed on a toothpick, and nursed a PBR. Afterward, a friend suggested we take pictures in a 24-hour Kroger so Tank could pose next to the cases of beer and kielbasa.

I loved every minute of it, from deliberating over the perfect sunglasses and accent for Tank, to making tough-guy facial expressions while holding an eggplant next to my sock-stuffed crotch.

I was born with what would be typically classified as a female body, and I identify with the female gender. While I understand that the traditional gender binary does not represent all forms of gender expression, I personally have never felt at odds with my socially assigned gender.

Drag didn’t change how I choose to identify, but it did help me recognize the performativity that is so deeply ingrained in my own identity. After my night in drag, I returned to my familiar gender presentation. As I dressed in my ostensibly normal clothing, I felt keenly aware that my female gender assignment, the one that has always felt so natural to me, was just as performative as Tank’s. 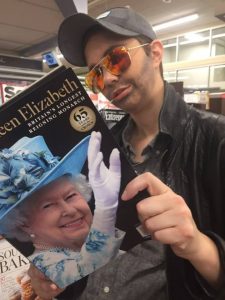 I’ve read several theories about why the drag king community doesn’t receive as much attention as drag queens. One is that our patriarchal culture presumes that femaleness is inherently performative, while maleness is perceived as natural, neutral, and objective. These assumptions fail to recognize that maleness is equally performative, that it’s a role like any other that comes with its own insecurities, assumptions, and projections. The result is a patriarchal double bind that takes female performance for granted, while presuming that men do not experience the limitations of gender norms.

Tank has forced me to ask: How much of our identity is a performance, one that is so deeply ingrained and so normalized that we fail to recognize it as such? How much of who we are is taught to us, a lesson so effective that its results are instinctual and automatic? It’s a question that each of us can answer, but only for ourselves.

My highest compliment of the night was a male coworker’s wide-eyed, slack-jawed response to my drag appearance. I wonder what was more shocking: My ability to actually look like a man, or my ability to present a gender norm as a costume performance. Was he shocked by the ruse itself, or by the fact that such a ruse was even possible?

Whether I’m in drag or not, I hope to always view myself with that same measure of surprise.