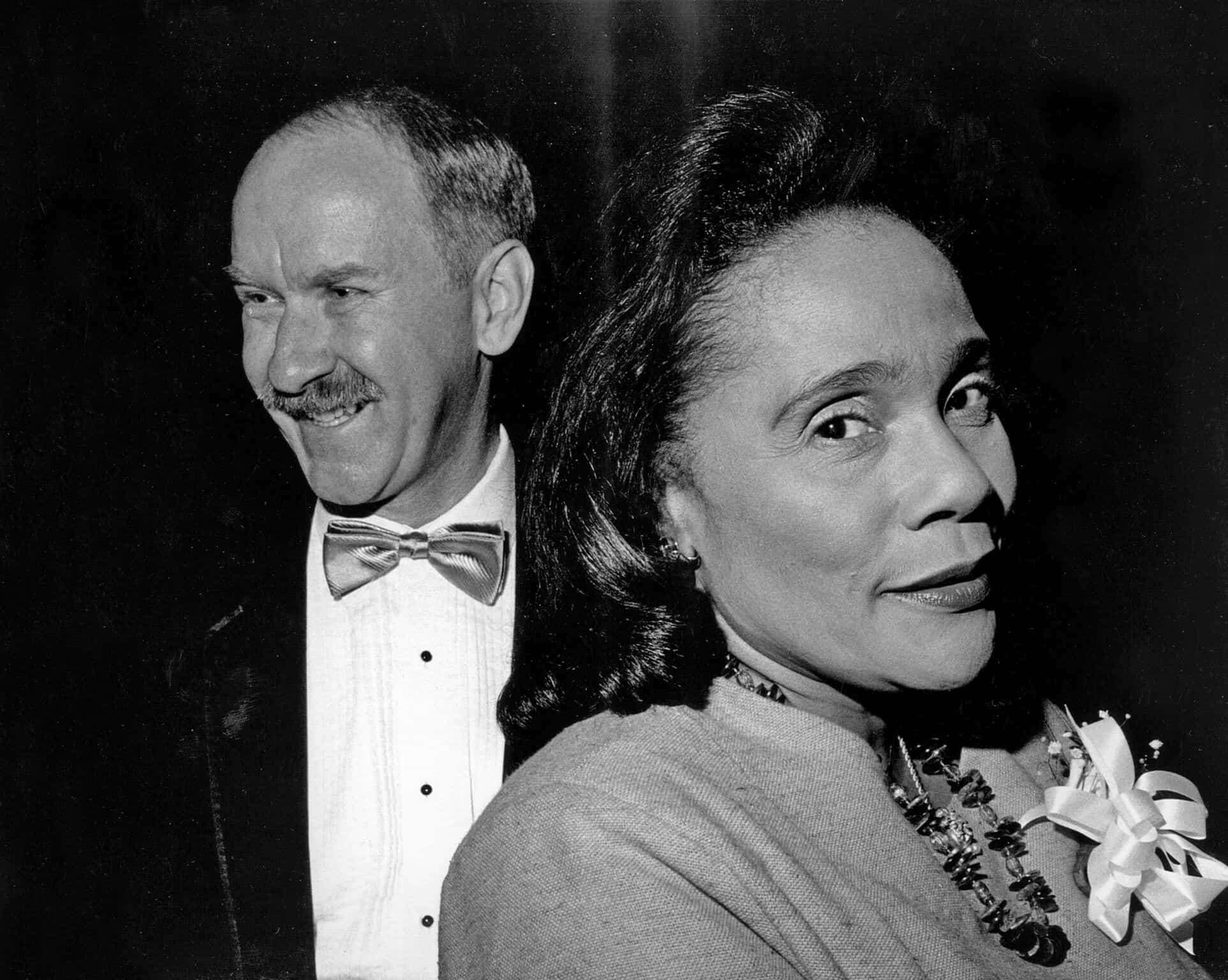 1946: Ardent Atlanta activist, George Hyde — often called Bishop Hyde — retires to Florida and passes away. He was a beloved uncle and patriarch to both his biological family and extended family.

1961: An activist today, Berl Boykin enrolls at 17 at Emory University in September 1961, when Emory is still segregated. In March of 1963, Emory expels him for having another young man in his room. Berl continued to advocate at Emory, partnering with the late Steve Abbott (subject of the best selling book “Fairyland”) for LGBTQ rights and against the Vietnam War. Emory student-body president Steve burns his draft card on the Emory quad. Throughout the 60s, Berl works with the late Shelby Cullum as the sum total of the Georgia Mattachine Society, presenting petitions for lgbtq rights to the state Capitol and to Atlanta City Hall. 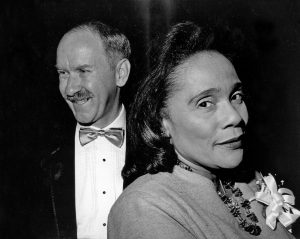 1968: On April 5, 1968, Eastern Airlines employee Winston Johnson meets Coretta Scott King (both pictured) as she arrives from Memphis carrying Dr. King home. Winston and his longtime partner Leon Allen befriend her, helping Mrs. King build the King Center and secure the King national holiday. Following the Bowers v. Hardwick Supreme Court decision in 1986 — a local case which upholds all the state sodomy statutes — Winston finally officially comes out to Mrs. King and enlists her into actively advocating for our rights. Mrs. King becomes the keynote speaker at the New York Human Rights Campaign dinner in October 1986, and then guest of honor at the first Atlanta HRC dinner in 1988, and continues to be our ally until her passing in 2006.

197O: The GGLF sponsors a booth at the Piedmont Park Arts Festival to advocate for LGBTQ rights. Pride Marshal Berl Boykin also reports that the GGLF was refused help by the Georgia chapter of the ACLU to obtain a march permit, on the basis that “you are not a minority.”

1971: Berl Boykin, Klaus Smith, and Bill Smith meet with Governor Jimmy Carter to press for an array of LGBTQ legislation, and are met with a series of “Nos!” by Carter. Jimmy later redeems himself somewhat in 2004, when Boykin and Dave Hayward successfully petition Carter to come out in favor of same-sex civil unions.

GGLF co-chairs Bill Smith and Judy Lambert lead the 1972 Pride, receiving extensive coverage on TV and in the media. Smith walks into his job at Atlanta City Hall the day after, and laughs about his co-workers staring straight ahead and no one talking to him, but he keeps his job.

1973: Charlie St. John and his lesbian roommate Rebecca are evicted from their apartment at 1170 Virginia Avenue after a police raid on false drug charges (no drugs are found). Also in 1973, St. John, who worked copy for the ALC, is fired for putting Gay Pride fliers in AJC staff mailboxes, and a picket protesting his firing and the AJC lack of coverage of LGBTQ issues is mobilized.

St. John subsequently resigns from the CRC, and is replaced by Bill Smith.

1977: After the uproar over Mayor Maynard Jackson’s proclamation of Gay Pride Day, he declares “Human Rights Day.” Calls for his impeachment go nowhere.

1978: So much money is raised protesting Anita Bryant’s appearance at the Southern Baptist Convention  that funds for an ongoing Gay and Lesbian Center are secured. Bryant did not address the protestors at the World Congress Center, however. The Southern Baptist Convention had the wisdom to smuggle her in behind the building , and we had our own massive protest. Maria Helena Dolan precipitated a mass demonstration when she proclaimed, “I come to you today as a defiant dyke!” The crowd of 4,000 went completely wild.

Dave Hayward is the co-Founder and coordinator of Touching Up Our Roots, Inc., Georgia’s LGBT History Project.