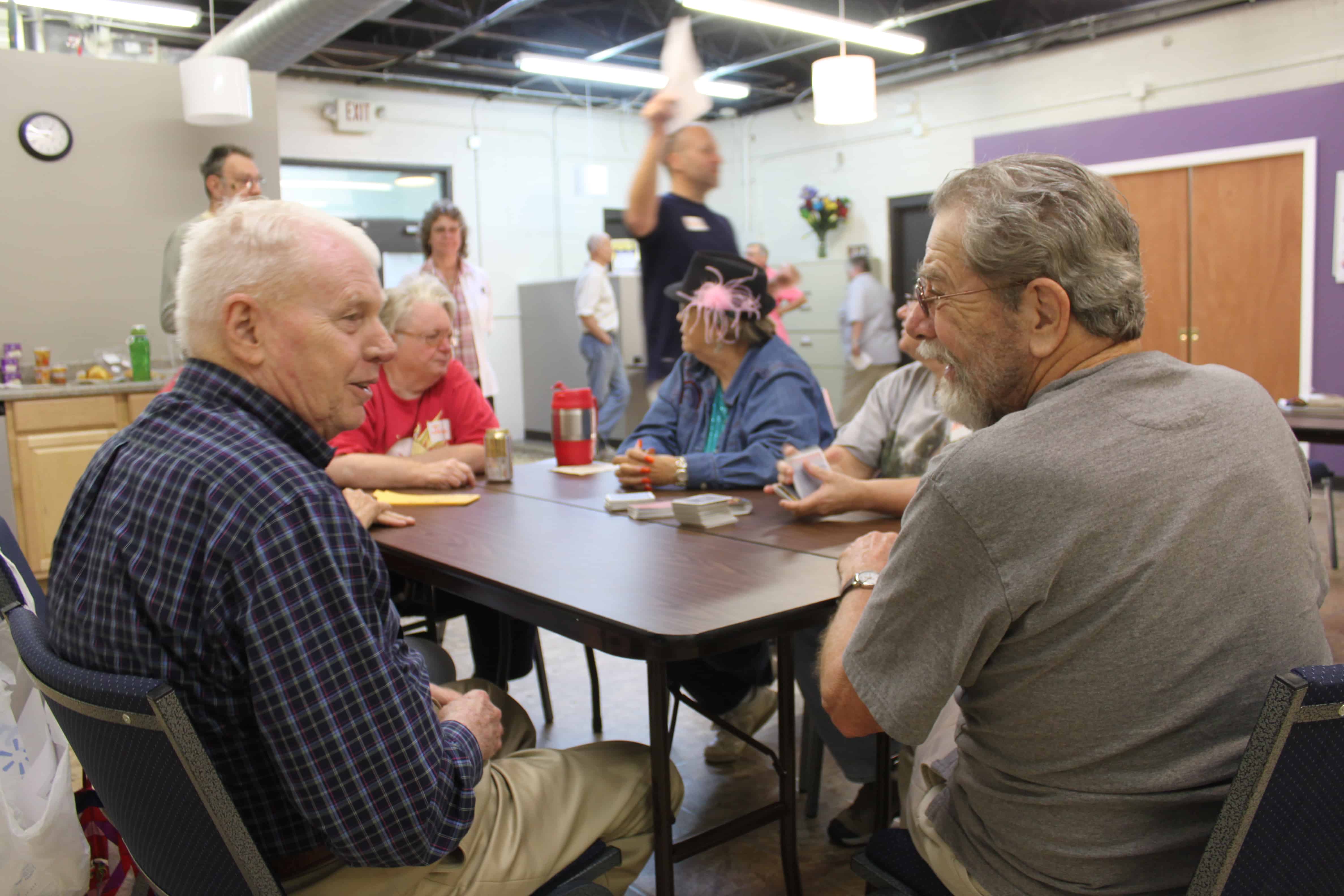 Aging can be a challenge for any community. But the lives of LGBTQ seniors bring distinct pleasures and pains. Or, as author Dave Singleton wrote, nearly half a century after Stonewall, “we’re still in the early stages of grasping what it really means to be LGBT and older. … Now, a confluence of a cultural and legal shift — along with sheer population size — is changing how we approach the needs of the LGBT senior community.”

The Census Bureau reports that over five percent of the 65-and-over population reside in nursing homes, assisted living and similar situations. By 2030, the last Baby Boomers will have turned 65, and older adults will make up a fifth of the nation’s population.

This is where specific hurdles for the LGTBQ community appear. The organization SAGE (formerly known as Services & Advocacy for GLBT Elders) estimates that 1.5 million LGBTQ people 65-plus currently reside in the United States — and that total will double by 2030. As PBS NewsHour put it, “As openly gay and lesbian people age, they will increasingly rely on caregivers and move into assisted living communities and nursing homes. And while many rely on friends and partners, more are likely to be single and without adult children, according to research published by the National Institutes of Health.”

In an interview with Georgia Voice, Linda Ellis, executive director of the Health Initiative (an LGBTQ-centered health organization), outlined several of the singular problems faced by LGBTQ seniors.

“It’s sometimes harder,” she said, “for LGBTQ seniors to take advantage of the progress that our community has gained in recent years.” She noted that recognition and marriage had arrived too late for some members of the community.

“Getting old isn’t easy by any standard, and it’s much harder when you’re more likely to be alone or have less income or not enjoy partner or spousal benefits, as many LGBTQ elders are.” Isolation was the biggest challenge: many of the “current generation of elders came out of straight marriages after the kids were raised” with strained or lost family connections, or lack of long-term partnering.

According to the organization Justice in Aging, only 50 percent of senior-age LGBTQ Americans in long-term care said they were comfortable being out about their orientation. According to the AARP, when compared to the general population, LGBTQ seniors are at higher risk for mental health issues, disabilities and “have higher rates of smoking and excessive alcohol consumption.”

A 2011 study from the same organization, titled “LGBT Older Adults in Long-Term Care Facilities” stated that nearly half of older LGBTQ women and men had either been abused, or witnessed abuse — and this doesn’t take into account unreported mistreatment. These included separation from a same-sex spouse, being forced to share a room with a phobic companion, refusal of admittance or eviction due to conflicts with gender identity or sexual orientation.

In such institutions, negative treatment from other residents was the most frequently-related problem; verbal/physical harassment by staff ranked second. Additionally, some respondents reported that staff refused to accept the medical power of attorney, or refused to use an individual’s preferred name or pronoun.

A PATH TO TURNING THINGS AROUND

“Often times,” Ellis said, “the biggest challenges are from fellow residents or participants — or volunteers — and it’s difficult for staff to feel comfortable addressing those behaviors without the policies and training to support them as they do so.” According to a City Lab post, these challenges are even harder when the seniors “are transgender and are people of color. LGBT older adults who live in more rural areas are also particularly affected.”

There are heartening signs of change. In September 2017, the California Legislature passed SB 219 — a Bill of Rights for LGBTQ Seniors in long-term care facilities. The law was designed to protect elderly members of the community (who rely on assistance from professionals) from being mistreated.

Additionally, there is a boom in LGBT-specific institutions. By 2017, the number of retirement communities for LGBTQ seniors had grown, numbering 20 according to U.S. News & World Report, with several more on the way.

Activism-wise, Ellis said that “Pushing the Department of Health and Human Services to reinstate the questions of sexual orientation and gender identity in the NSOAAP [National Survey of Older Americans Act Participants] is a start.”

“And while you’re at it,” she added, “ask HHS to designate LGBTQ older adults as an under-served population within the Older Americans Act. Then, advocate for the passage of comprehensive employment and housing nondiscrimination protections across the board. LGTBTQ elders will benefit along with the rest of us from those changes.”

Finally, while working for changes on the political side, Ellis urged concerned citizens to “remember the personal.” “While we work for those changes,” she said, “make sure that you are mindful of the elders around you. Check on them. Include them. Ask if they need anything, and then listen for the answer. It’s a start.”

With progress, proper planning and empathy, the years to come can prove anew the LGBTQ community’s most encouraging mantra: it does gets better